Work to Do Before Medicare's Diabetes Prevention Program Is Set in Place
Nina C. Brown-Ashford, MPH, CHES, remembers when the Center for Medicare and Medicaid Innovation (CMMI) received the first field reports from the pilot of the National Diabetes Prevention Program (DPP) with the Y-USA. The results were so positive that another agency veteran said, I think there might be something here.
That set in motion calls to CDCs Ann Albright, PhD, RD, the director of the Division of Diabetes Translation, and a process that would lead CMS actuary to certify that pilot participants saved Medicare $2650 a piece over 15 months. Ultimately, 83% of the participants would take part in at least 4 sessions, and the average weight loss was 9 pounds.
Back in March 2016, it was official: DPP would go national in Medicare, come January 1, 2018. That felt really far away, said Brown-Ashford, now the acting director of the Division of Health Care Delivery at CMMI.
On Saturday, she described Medicare DPP as starting on or after that January 1, 2018, target date. While no one is arguing the benefits DPP will ultimately offer, starting a government program from scratchwith features no one has ever used beforeis proving a daunting task. Brown-Ashford led off a symposium at the 77thScientific Sessions of the American Diabetes Association on success stories about the DPP, which has been shown in clinical trials to help those with prediabetes reduce their risk of progressing to type 2 diabetes by 58%.
Recent evidence published in Diabetes Care from 4 years of experience with DPP found major prog Continue reading 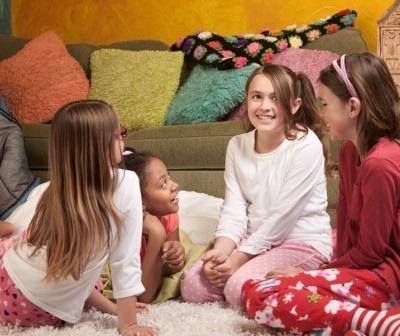 
10 Tips to Keep Your Child Safe When She Spends the Night Away from Home
Reviewed by Amy Hess-Fischl, MS, RD, LDN, BC-ADM, CDE
Slumber parties are one of the most highly anticipated events of childhood. Apart from time-honored traditions like eating unhealthy food, being silly and watching a lot of bad TV, slumber parties give children a chance to create memories with friends in a way that isnt possible on play dates after school.
But when your child has type 1 diabetes, the idea of having her or him attend a slumber party can be nerve-wracking. You cant help but worry about the myriad challenges that could arise, and how theyd be handled while your child is out of your care.
The good news: With some planning and prep slumber parties can be a successful experience for you, your child and the host parent.
Joyce C. Bookshester, MA, PsyD, a licensed clinical psychologist with expertise in treating the emotional and developmental issues associated with type 1 diabetes, encourages this social experience, provided certain criteria are met.
"Having type 1 diabetes requires a specific care program that the host parents need to be comfortable addressing. Its advisable to call the parents who are hosting and let them know your child has type 1 diabetes and ask them if they would be willing to meet with you previous to the sleep over so that you can get a sense of the carbs they will be serving and demonstrate how your childs insulin dispersing and monitoring devices work," says Dr. Bookshester. She adds: "If the childs numbers are relatively stable and the parents are convin Continue reading

Why High-Fat vs. Low-Fat Dairy May Be Better Suited for Those with Diabetes, Obesity, and Cardiovascular Disease 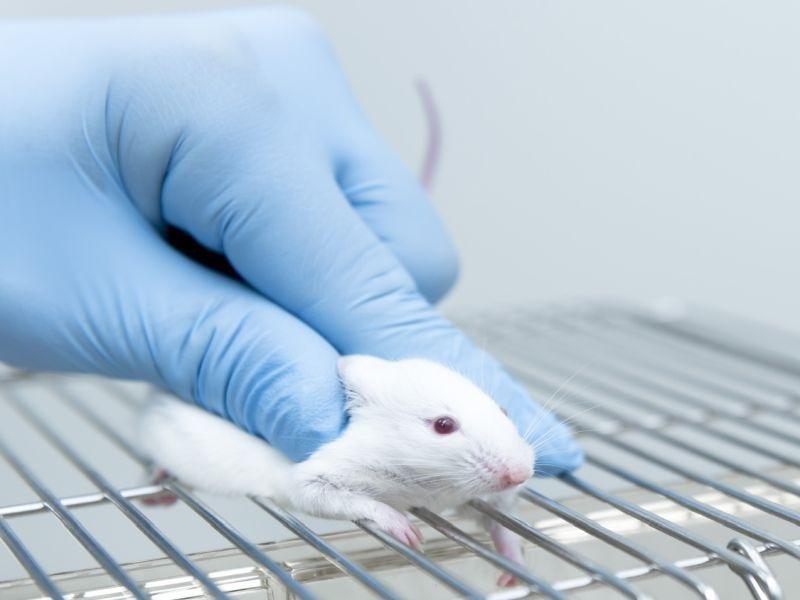 
home / diabetes center / diabetes a-z list / protein deposits play a role in type 2 diabetes article
Protein Deposits Seem to Play Role in Type 2 Diabetes
Want More News? Sign Up for MedicineNet Newsletters!
TUESDAY, Aug. 1, 2017 (HealthDay News) -- Protein deposits in the pancreas may lead scientists to a better understanding of type 2 diabetes .
The protein -- called amyloid polypeptide (IAPP) -- collects in the pancreas in people with type 2 diabetes . But whether these deposits cause the disease or appear after the disease begins hasn't been clear.
Researchers from McGovern Medical School at the University of Texas Health Science Center at Houston injected mice with this protein to try to better define their role in type 2 diabetes . They found that when the mice received this protein, the animals developed symptoms of type 2 diabetes, such as the death of insulin-producing cells in the pancreas and high blood sugar levels.
The study team also injected the protein into pancreatic tissue from healthy human donors. The researchers found IAPP collected in the pancreatic tissue.
"Almost all patients with type 2 diabetes have these protein [deposits], but we don't know if it's a disease pathway or a correlate," said study author Claudio Soto, a professor of neurology.
"I think the IAPP are really essential for the [development of] this disease, and that's why we did the animal studies," he said.
Type 2 diabetes begins with insulin resistance . Insulin is a hormone that helps the body usher sugar from foods into the body's cells to be used as energy. When someone Continue reading 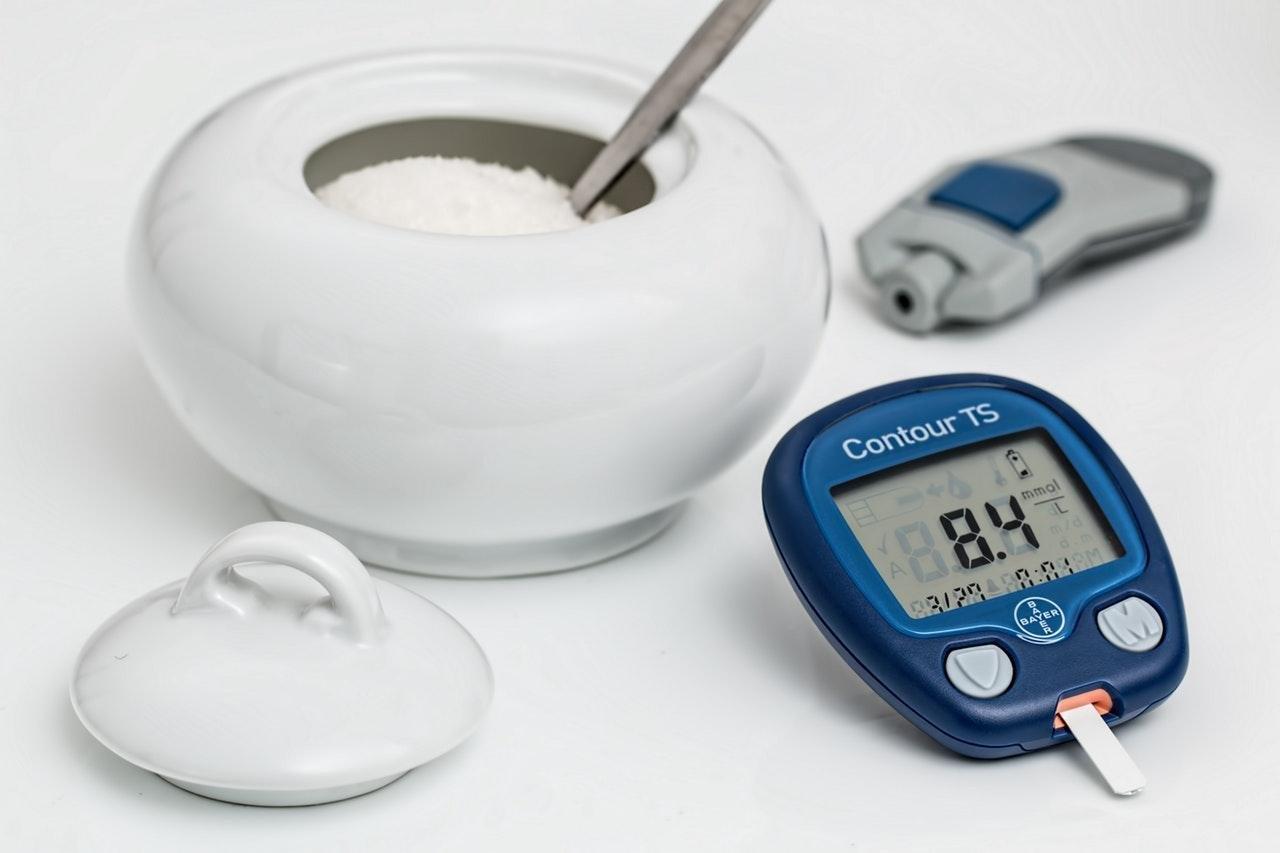 3 Steps to Prevent or Reverse Diabetes with Nutrition

“Well my mom, dad, grandma, sisters and brother all have diabetes. So I guess I was just destined to have it as well”. This is an actual quote from an actual client. For a lot of individuals developing Type 2 Diabetes (T2DM) seems like
something that is beyond their control and will just happen at some point in their life.
If you are one of those who feel T2DM is in your cards or are already struggling with T2DM listen up! For most individuals T2DM is both preventable and reversible!
What is Type 2 Diabetes?
Type 2 Diabetes develops gradually over time. Normally, the pancreas produces insulin to remove glucose from the blood when it is high. But over time the body can become desensitized to insulin’s effects. The more carbohydrates and sugar you eat, the higher blood glucose levels are more often. This leads the pancreas to produce more and more insulin and the body’s cells become used to these high levels of insulin and start to ignore the message from insulin, leaving you with elevated blood sugar levels. This is referred to as insulin resistance and is the starting point of developing T2DM.
Conventional Treatment
The current standard of treatment for someone with T2DM is aimed at controlling elevated blood glucose levels through medication. Sometimes, the recommendation is given to change nutrition and lifestyle habits, but even those conventional recommendations don’t get to the root cause of the issue. Traditional diet advice for diabetics is carbohydrate counting, which is aimed at dividing the amount of carbohydrates consistently throughout the day at meal Continue reading