Why There’s Been A Dangerous Diabetes Spike Around The Globe 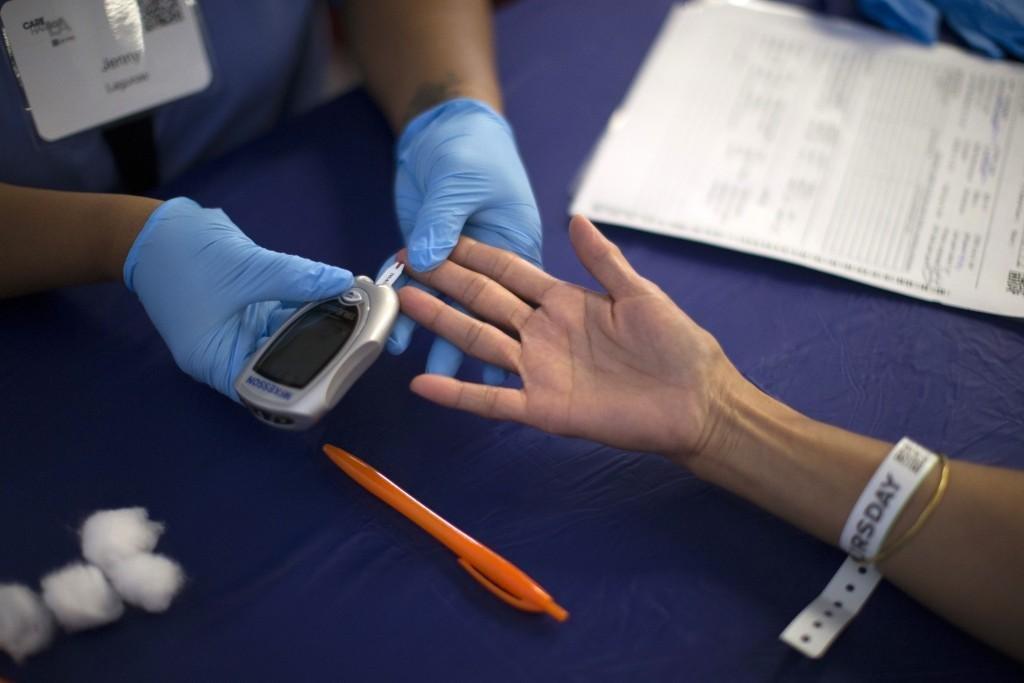 Why there’s been a dangerous diabetes spike around the globe

According to a new study from the World Health Organization, diabetes cases have quadrupled over the last 40 years, mostly in poorer nations. Today, 8.5 percent of all adults worldwide suffer from the chronic disease, and 3.7 million deaths are linked every year. For more on the emerging health crisis, William Brangham talks to Dr. Etienne Krug of the World Health Organization.
Read the Full Transcript
JUDY WOODRUFF:
And now, an alarming new report about the dramatic growth of diabetes across the globe.
The World Health Organization said today that an estimated 422 million people are now suffering from this chronic lifelong disease.
William Brangham has more.
WILLIAM BRANGHAM:
The WHO’s report tracked the global rise of diabetes over the last 40 years. And it showed a quadrupling of the number of cases worldwide. It’s now estimated that 8.5 percent of adults in the world have the disease, and the costs are tremendous. An estimated 3.7 million deaths every year are linked to diabetes and higher-than-normal blood sugar levels.
The fastest growth of the disease has been in Africa, the Middle East and Asia.
Joining me now is Dr. Etienne Krug. He’s the World Health Organization’s point person for dealing with diseases like diabetes.
Dr. Krug, these are genuinely shock numbers. How do you explain this incredible growth of diabetes?
DR. ETIENNE KRUG, World Health Organization:
Well, we have seen a steady growth now for several decades, which largely, particularly for people with type 2 diabetes, is linked to our changes in the way we eat and changes in our levels of physic Continue reading 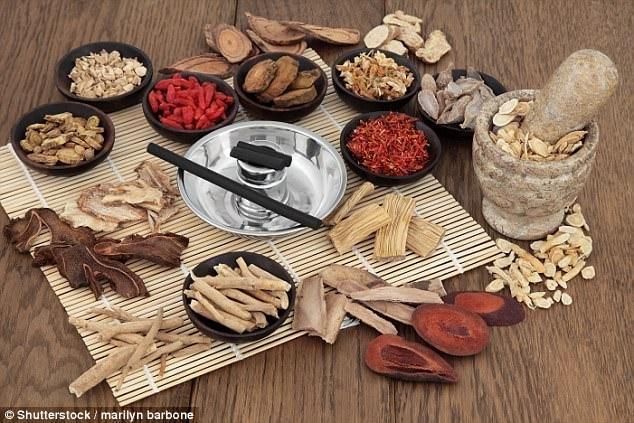 Traditional Chinese medicines could help prevent heart disease and the progression of pre-diabetes, according to research.
Some herbal treatments proved as effective in lowering blood pressure as Western drugs and improved heart health by lowering cholesterol, scientists found.
Certain alternative medicines could lower blood sugar and insulin levels, too.
Chinese medicines could be used alongside conventional treatments, say researchers from from Shandong University Qilu Hospital in China.
Or they can be beneficial as an alternative for patients intolerant of Western drugs, they said in their review of medical studies over a ten-year period.
Senior review author from the university's department of traditional Chinese medicine said: 'The pharmacological effects and the underlying mechanisms of some active ingredients of traditional Chinese medications have been elucidated.
'Thus, some medications might be used as a complementary and alternative approach for primary and secondary prevention of cardiovascular disease.'
It's potentially good news for people living with diabetes, which is now a global epidemic and has proved a tricky condition to manage for many people.
High blood pressure is very common too, affecting more than one in four adults in the UK, although many won't show symptoms and realise it.
If untreated, it increases your risk of serious problems including heart disease, the number one killer globally.
The Chinese have used herbs for treating diseases for thousands of years and have become increasingly popular in Europe and North America, mainly as complement to Continue reading

The current number of people living with diabetes in Canada is approximately 3.3 million. Type 2 diabetes is the most common form of the disease, accounting for 90% of cases. The prevalence of type 2 diabetes is increasing dramatically with current estimates confidently predicting a doubling of cases by 2025.
What is diabetes?
Diabetes is a chronic disease that prevents your body from making or using insulin, which in turn leads to increased sugar levels in your bloodstream, known as high blood sugar.
How does diabetes affect the eye?
Diabetes and its complications can affect many parts of the eye. Diabetes can cause changes in nearsightedness, farsightedness and premature presbyopia (the inability to focus on close objects). It can result in cataracts, glaucoma, paralysis of the nerves that control the eye muscles or pupil, and decreased corneal sensitivity. Visual symptoms of diabetes include fluctuating or blurring of vision, occasional double vision, loss of visual field, and flashes and floaters within the eyes. Sometimes these early signs of diabetes are first detected in a thorough examination performed by a doctor of optometry. The most serious eye problem associated with diabetes is diabetic retinopathy.
What is retinopathy?
Over time diabetes can cause changes in the retina. Diabetic retinopathy occurs when there is a weakening or swelling of the tiny blood vessels that feed the retina of your eye, resulting in blood leakage, the growth of new blood vessels and other changes. When retinopathy advances, the decreased circulation of the blood vessels deprives areas Continue reading

In the past six months, the Auditor Generals of both Canada and Ontario have turned their attention to problems with strategies designed to tackle one of Canada’s biggest health threats—the epidemic of diabetes.
The government watchdogs have scrutinized the value that Canadians have received from the hundreds of millions of dollars expended on the Canadian Diabetes Strategy and the Ontario Diabetes Strategy.
As diabetes rates in Canada continue on a steady and alarming uphill climb, the auditors reports conclude that both strategies have come up seriously wanting.
The prevalence of diabetes among Canadians increased by 70% in one decade (1999 to 2009), with an estimated 2.4-million Canadians (6.8% of the population) now suffering from the chronic, and often preventable, condition, according to the federal report, which was released at the end of last month.
In Ontario alone, it’s estimated that the number of people with diabetes will reach 1.9-million by 2020, up from the 1.2-million in 2010 and 546,000 in 2000, 1.2-million people, according to the December 2012 report from the Auditor General of Ontario.
How important is it to have a comprehensive strategy?
The burden of illness linked with diabetes is alarming
The burden of illness associated with diabetes is alarming. In Ontario, for example, people with diabetes account for 69% of limb amputations, 53% of kidney dialysis, 39% of heart attacks and 35% of strokes, according to the Ontario report.
On average, medical expenses for diabetics are two times that of the rest of the population, the report notes, and mortal Continue reading 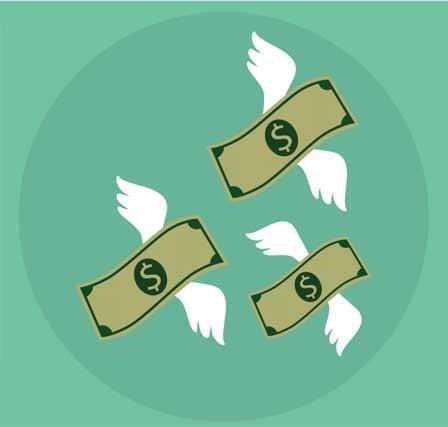 Can Diabetes Bankrupt a Country?

Diabetes is not only expensive for those who have the disease, but it is also expensive for the government and countries that those people live in.
Currently, the worldwide cost of diabetes is 825 billion dollars per year. Unfortunately, that cost is only going to increase because diabetes is one of the fastest growing health problems in the world.
To put it in numbers, in the 1970’s, diabetes cost 1 billion dollars per year. The number increased to 116 billion in 2007, and is now more than 7 times that. It is estimated that by 2035, 600 million people will have diabetes and 90% of those patients will be diagnosed with type 2 diabetes, which is a preventable disease.
Why are the costs so high?
There are several complications related to diabetes that require treatment. Unfortunately, the treatments for those complications are not cheap.
Complications include:
Kidney disease, which increases the cost of diabetes by 65% initially, and up to 195% when it gets worse. End stage renal disease increases costs by 771%.
Heart disease or stroke, which increases the cost by 360%.
High blood pressure, which increases the cost by 50% once you are on medications or have seen a cardiologist.
Neuropathy
Non-healing wounds or amputations
Vision problems or even blindness
85% of the world’s diabetes budget is spent on complications, which is absurd.
That leaves little money for prevention or treatment before complications arise. With limited financial resources to help before major problems occur, complications caused by poorly treated diabetes are only going to increase in number and sev Continue reading