Why Eating Late At Night Will Do More Than Just Make You Gain Weight - It Also Raises Risk Of Diabetes And Heart Disease, Study Reveals 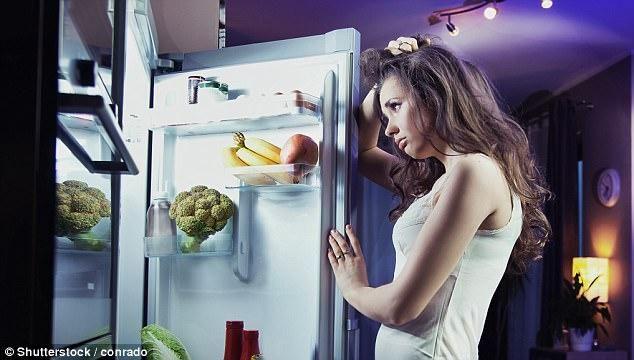 Why eating late at night will do more than just make you gain weight - it also raises risk of diabetes and heart disease, study reveals

There is a well-known link between eating late and weight gain - now new findings suggest it also increases your risk of diabetes and heart disease.
A team of US researchers found eating later raises boosts glucose and insulin levels, which are implicated in diabetes.
Late-night meals also raise cholesterol and triglycerides, a type of fat in your blood, both which can increase your risk of heart disease.
And in line with previous studies, the research discovered late-night meals caused people to gain weight by reducing the body's ability to burn fat.
The findings emerged from a study by the Perelman School of Medicine at the University of Pennsylvania, further confirms that eating late at night has a host of negative health effects.
'We know from our sleep loss studies that when you're sleep deprived, it negatively affects weight and metabolism in part due to late-night eating, but now these early findings, which control for sleep, give a more comprehensive picture of the benefits of eating earlier in the day,' said lead author and research associate professor of psychology Namni Goel.
How they conducted the research
The researchers set out to study the metabolic consequences of consistent delayed eating compared to daytime eating.
They instructed nine adults of healthy weights to spend eight weeks to eat during the daytime, which involved consuming three meals and two snacks between 8am and 7pm.
Then the group followed a delayed eating routine - having three meals and two snacks eating from noon to 11 pm - for eight weeks.
There was a two-week break in between to make sur Continue reading 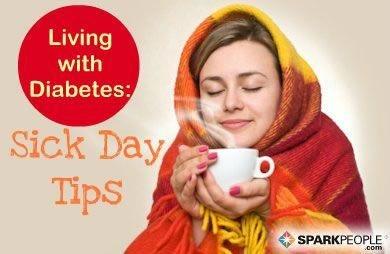 Control Your Blood Sugar and Get Well
When you have diabetes, managing your blood sugar while you are sick or injured can be challenging. Any illness or injury—like a cold, the flu, a sprained ankle, a pulled tooth, or major surgery—can wreak havoc on your blood sugar control. That’s because everything your body does to fight an infection or repair itself uses hormones that naturally raise your blood glucose levels. In order to prevent out-of-control blood sugar, and possibly an emergency room visit or a hospital stay, you must be extra vigilant with your monitoring. Taking good care of yourself is a must!
What you should do:
Check your blood sugar every 2 to 4 hours and record results in a log book.
Continue to take your diabetes medications as prescribed by your doctor. If you think you may have vomited your dose, call your doctor.
Check your urine for ketones if your blood sugar is over 240mg/dl, or as directed by your physician.
Take your temperature every 2 to 4 hours.
If possible, follow your regular meal plan and eat as you typically would. Try to eat the same amount of carbohydrates you normally do (typically 45 to 60 grams per meal, or as recommended by your diabetes care team).
Be prepared. Keep several "sick day" foods stocked in your pantry. You never know when you’ll get sick.
Drink 8 ounces of carbohydrate-free liquids (such as water) per hour. Black coffee, tea, broth, diet soft drinks, sugar-free Popsicles and sugar-free gelatin can all provide needed liquids without any carbohydrates.
Sick-Day Foods for People with Diabetes
If you are having difficu Continue reading 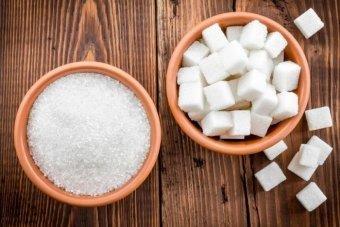 A leading expert in diabetes screening and prevention says Australia needs to seriously consider implementing a sugar tax to tackle the epidemic.
Professor Stephen Colagiuri, a professor of metabolic health at the University of Sydney, was the only Australian contributor to the World Health Organisation's (WHO) inaugural global report on diabetes.
According to the report, the number of people worldwide with diabetes has quadrupled since 1980, with an estimated 422 million adults living with the disease in 2014.
Globally, diabetes and higher-than-optimal blood glucose together caused 3.7 million deaths.
Professor Colagiuri said Australia was about average in the total number of people with diabetes.
"We are also regrettably average in the increasing rates of diabetes that we see in Australia," he said.
"And we're fairly high up on the list of countries with regard to overweight and obesity, which is a major driver of diabetes."
Professor Colagiuri said a sugar tax was one way the Government could tackle the problem.
"A sugar tax will clearly not be the only solution to the problem, but there has never been a successful public health intervention which has not involved some form of legislation and regulation, and leaving the changes to be made on a voluntary basis simply doesn't work," he said.
"Whether you look at cigarette consumption, whether you look at road safety ... we do need to actually try and create the environment that's required in order to help people to make the changes that are required in order to prevent weight gain and in turn prevent the development of dia Continue reading 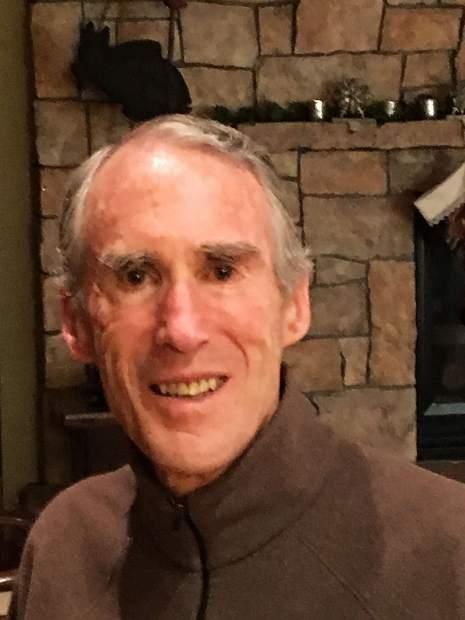 There are two types of diabetes. Type 1 is an autoimmune disease that usually strikes at a young age and is not associated with obesity. Type 2 is more common and is usually related to "central obesity" (extra weight around the mid-section). Today's discussion is about type 2 diabetes.
None of us wants to get diabetes, because it leads to the following complications:
• cardiovascular disease (heart attacks and strokes), the most common cause of death in the U.S.
• kidney damage, which can result in kidney failure.
• eye damage, which can result in blindness.
• nerve damage, which can result in chronic numbness and pain in the legs and feet.
Sadly, due to American obesity epidemic, type 2 diabetes is becoming more prevalent in adults and is even occurring in overweight children. And as we export the S.A.D. (standard American diet), type 2 diabetes is becoming a worldwide epidemic.
Type 2 diabetes is preceded by pre-diabetes, which unfortunately often goes undiagnosed for years. Measure your waist at the point of largest circumference, which is usually at your belly button (note that this is not your belt size). If you are a man and your waist circumference is 40 inches or greater, or if you are a woman and the measurement is 35 inches or greater (the cutoff is lower if you are Asian or East Indian), you almost certainly have insulin resistance/pre-diabetes. Even if your waist circumference is less than the cutoff numbers, you probably have pre-diabetes if you look at your naked profile in the mirror and see even a small "belly."
If you have even mild central obesity, Continue reading 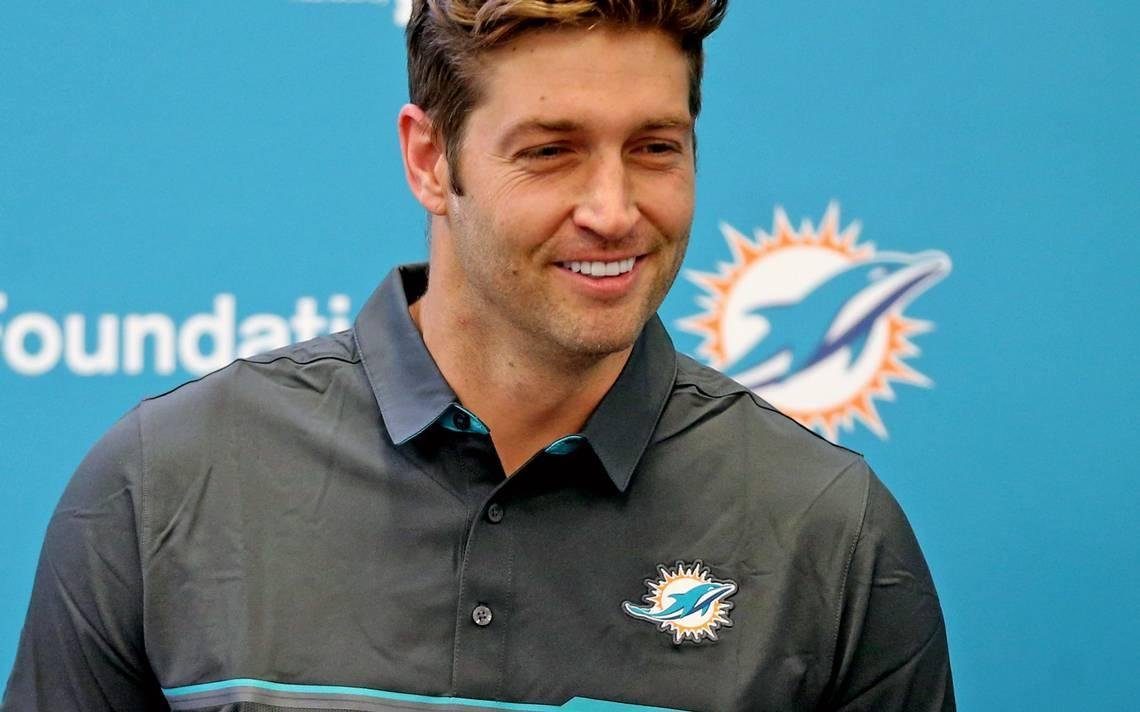 Is new Dolphins quarterback Jay Cutler ‘the most misinterpreted guy in the NFL?’

Ask former teammates about Jay Cutler, and without any prompting, it comes up: The face.
No NFL quarterback in history has had his facial expressions dissected more than Cutler’s. Why doesn’t he smile more? Why doesn’t he look more intense? Is he apathetic? Aloof? The perception of nonchalance led an NFL fan in 2012 to Photoshop a cigarette in Cutler’s mouth, and create the “SmokinJayCutler” Tumblr account, which went viral.
Awesome @SmokinJayCutler pic.twitter.com/lAxLXfiWzv
— Kokua Multisports (@KokuaMultisport) August 6, 2017
The smoking Cutler meme resurfaced Monday, during his introductory news conference after signing a one-year, $10 million contract with the Dolphins to replace injured Ryan Tannehill.
Never miss a local story.
Sign up today for a free 30 day free trial of unlimited digital access.
SUBSCRIBE NOW
That face, say those who know him, is, in fact, the face of a tough-as-nails competitor, son of a no-nonsense Indiana state trooper who ran a concrete business on the side, a three-sport phenom who grew up on Holly Lane in Santa Claus, Indiana, led Heritage Hills High to a state semifinal victory on a severely sprained ankle, and survived four years at Vanderbilt, where he faced relentless pressure from the Southeastern Conference’s punishing defenses.
That face, they say, is a resilient guy who during the past eight years, while playing quarterback for the Chicago Bears and being a media piñata, was battling Type 1 diabetes, pricking his finger several times a day, injecting himself in the stomach with insulin. He realized something was wrong Continue reading