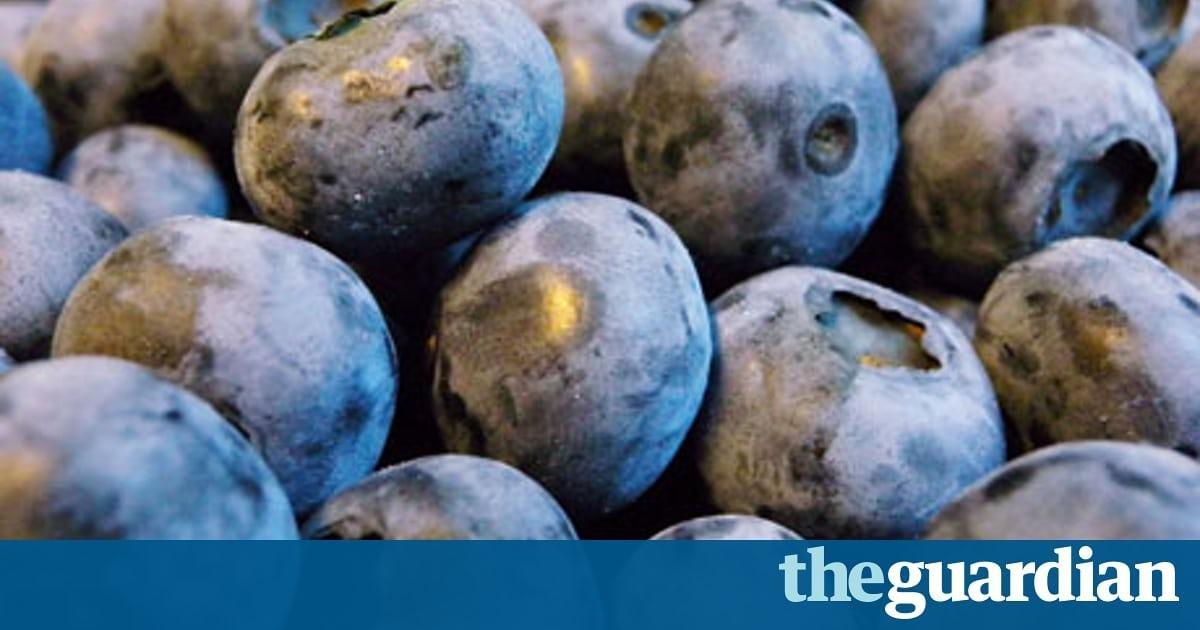 Eating blueberries, grapes, apples and pears cuts the risk of type 2 diabetes but drinking fruit juice can increase it, a large study has found.
Researchers including a team from Harvard School of Public Health in the US examined whether certain fruits impact on type 2 diabetes, which affects more than 3 million Britons.
People who ate three standard servings a week of blueberries had a 26% lower chance of developing the disease, they found. Those eating grapes and raisins had a 12% reduced risk and apples and pears cut the chances by 7%. Prunes also had a protective effect, giving an 11% drop in the risk of developing type 2 diabetes.
Other fruits such as bananas, plums, peaches and apricots had a negligible impact but drinking fruit juice increased the risk by 8%, according to the study.
People who replaced all fruit juice with eating whole fruits could expect a 7% drop in their risk of developing type 2 diabetes.
For individual fruits, replacing three servings a week of fruit juice with blueberries cut the risk by 33% while replacing juice with grapes and raisins cut the risk by 19%. The risk was also 14% lower if juice was replaced with apples and pears, 13% lower if replaced with bananas and 12% lower if replaced with grapefruit.
The research, published in the British Medical Journal, includes data on 187,382 people taken from three separate studies, of whom 12,198 developed type 2 diabetes.
Food questionnaires were used every four years to assess diet and asked how often, on average, people consumed each food in a standard portion size.
The relatively high glycaemic l Continue reading 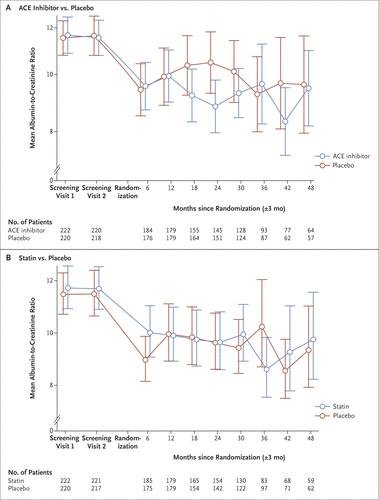 ACE Inhibitors and Statins in Adolescents with Type 1 Diabetes

Among adolescents with type 1 diabetes, rapid increases in albumin excretion during puberty precede the development of microalbuminuria and macroalbuminuria, long-term risk factors for renal and cardiovascular disease. We hypothesized that adolescents with high levels of albumin excretion might benefit from angiotensin-converting–enzyme (ACE) inhibitors and statins, drugs that have not been fully evaluated in adolescents.
We screened 4407 adolescents with type 1 diabetes between the ages of 10 and 16 years of age and identified 1287 with values in the upper third of the albumin-to-creatinine ratios; 443 were randomly assigned in a placebo-controlled trial of an ACE inhibitor and a statin with the use of a 2-by-2 factorial design minimizing differences in baseline characteristics such as age, sex, and duration of diabetes. The primary outcome for both interventions was the change in albumin excretion, assessed according to the albumin-to-creatinine ratio calculated from three early-morning urine samples obtained every 6 months over 2 to 4 years, and expressed as the area under the curve. Key secondary outcomes included the development of microalbuminuria, progression of retinopathy, changes in the glomerular filtration rate, lipid levels, and measures of cardiovascular risk (carotid intima–media thickness and levels of high-sensitivity C-reactive protein and asymmetric dimethylarginine).
The primary outcome was not affected by ACE inhibitor therapy, statin therapy, or the combination of the two. The use of an ACE inhibitor was associated with a lower incidence of microal Continue reading 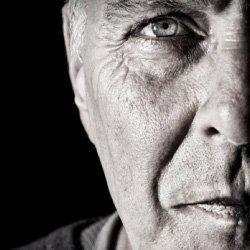 7 Facts About Vision Loss Due to Diabetes

Diabetes is a common cause of vision loss due to diabetic retinopathy, glaucoma, and cataracts. In fact, diabetics are 40% more likely to have glaucoma, and 60% more likely to have cataracts, per the American Diabetes Association. If left unchecked, vision loss due to diabetes is irreversible. The National Eye Institute (NEI), however, states that early detection and treatment can reduce one’s risk of blindness by 95%. Here are seven facts about diabetes-related vision loss:
Diabetes Damages the Retina
When light passes through the eye, it hits a layer of tissue called the retina. Cells here are sensitive to light and pass it on to the optic nerve. The retina has small blood vessels that can be damaged by chronically high blood sugar levels or high blood pressure. Diabetic retinopathy is when these vessels start to leak, or hemorrhage, distorting one’s vision.
There are four stages of this condition:
Mild non-proliferative retinopathy: Micro aneurysms in the retina cause some fluid to leak out of small vessels.
Moderate non-proliferative retinopathy: A swelling and distortion of the retina’s blood vessels, which may disrupt blood flow in the retina.
Severe non-proliferative retinopathy: Many blood vessels are blocked, depriving the retina of blood, and triggering the release of growth factors.
Proliferative diabetic retinopathy: New vessels grow along the inside of the retina and into the fluid within the eye; they’re more prone to leak, and scar tissue may form, causing the retina to detach from the underlying eye tissue. This can cause a permanent loss of vision.
Continue reading 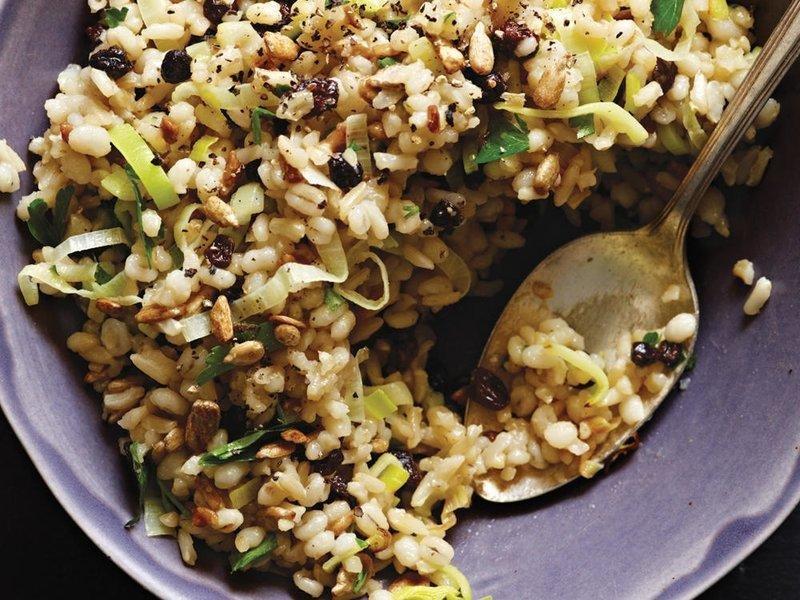 Take Control of Thanksgiving Dinner
The current approach to dietary management of diabetes is to tailor the meal plan for each individual. But in general, a healthy diabetic diet involves controlling total carbohydrates (particularly refined carbohydrates), reducing calories and sodium, increasing fiber, and replacing saturated fats and trans fats with more heart–healthy mono– and polyunsaturated fats. This approach, of course, is healthy for anyone who wants to eat better.
Try these healthier recipes when you're in charge of Thanksgiving cooking.
First up: Sunflower seeds and brown rice pack a double nutrition punch, enhancing our Multigrain Pilaf with Sunflower Seeds side dish with vitamin E and niacin.
View Recipe: Multigrain Pilaf with Sunflower Seeds
Tuscan Turkey
Forget dry, tasteless turkey. A rub of roasted garlic and fresh sage permeates every ounce of the bird, while a Dijon and white wine baste locks in moisture for juicy, tender meat. Save the giblets for our Classic Turkey Gravy. If your turkey starts to overbrown after the first hour in the oven, cover loosely with foil, and continue roasting. Remember to let the turkey rest so juices can redistribute and the bird can cool enough to carve.
View Recipe: Tuscan Turkey
Chorizo and Roasted Poblano Wild Rice Stuffing
Hot cooked wild rice is incredibly nutty and fragrant, a perfect counter to smoky paprika, quick roasted poblano peppers, and spicy fresh chorizo. Look for ground, raw Mexican chorizo rather than Spanish chorizo (cured, cased sausage). The rice will absorb the drippings from the sausage as the two Continue reading 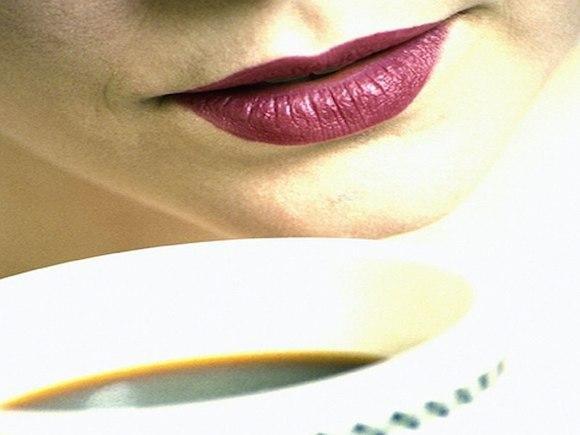 Can Coffee or Tea Extend Survival With Diabetes?

The answer may depend on whether you're a man or a woman
HealthDay Reporter
THURSDAY, Sept. 14, 2017 (HealthDay News) -- A diagnosis of diabetes comes with a long list of "don'ts." But new research suggests that coffee and tea probably shouldn't be off-limits because each may help prevent an early death.
Well, at least if you're a woman with diabetes, that is.
Men with diabetes didn't seem to reap the rewards of consuming caffeine in the new study.
The research found that women with diabetes who had up to one regular cup of coffee a day (100 milligrams of caffeine) were 51 percent less likely to die than women who consumed no caffeine during the 11-year study.
"As caffeine is consumed by more than 80 percent of the world's adult population, it is essential to understand the impact of this factor concerning cardiovascular, cancer and all-cause mortality," said study researcher Dr. Joao Sergio Neves, an endocrinology resident at Sao Joao Hospital Center in Porto, Portugal.
"Our study showed a significant inverse association between caffeine consumption and death from all causes in women with diabetes," said Neves.
"These results suggest that advising women with diabetes to drink more caffeine may reduce their mortality. This would represent a simple, clinically beneficial, and inexpensive option in women with diabetes," Neves said.
But he also pointed out that this observational study cannot prove a direct cause-and-effect link; it only found an association between caffeine consumption and the risk of dying.
"Further studies, ideally randomized clinical trials, are needed to Continue reading