And unfounded beliefs such as insulin causing organ damage
Research has been conducted for a number of decades into alternative treatment types for replacing the lost insulin, such as insulin pumps, however they still rely on patients being compliant with treatment. In some cases, insulin pumps are only available to a minority of sufferers such as young children who may not be able to comply with an injection regime.
An ideal alternative would be to block the immune cells from attacking the pancreas, whilst leaving the rest of the immune system untouched but immunosuppressants would leave sufferers more vulnerable to infection.
A vaccine seems to be the most promising solution and something a number of research teams have been working on. Although vaccine research and development is taking place around the world, and has been for quite a while, so far there have been mixed results.
The Pre-Point early vaccination entered its second clinical trial in October 2016.
The vaccine took the form of powdered insulin administered orally with food, to children aged between two and seven. Believing that T1DMmay be prevented by sensitising the immune system to insulin (which is often the first target of the autoimmune response causing the condition), the trial administers the vaccine to children identified as having high risk of developing diabetes, and a positive immune response had been observed in the first stage.
Another promising vaccine study lies with the research funded by Bayhill Therapeutics.
This study was carried out by a team of researchers from Europe, the US, Continue reading 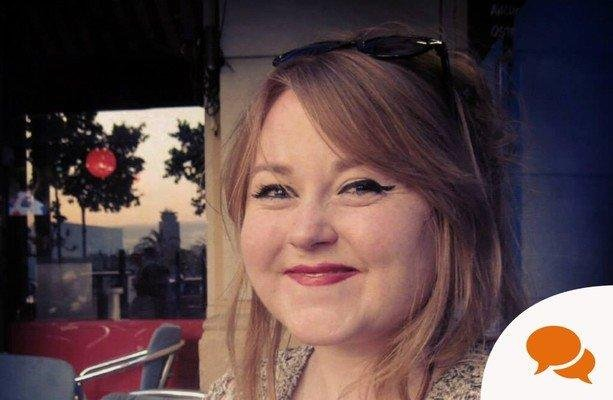 My dead pancreas: 'My diabetes diagnosis is celebrating its 20th birthday'


My dead pancreas: 'My diabetes diagnosis is celebrating its 20th birthday'
I inject myself roughly eight times a day and I dont always behave myself around doughnuts or fried cheese, writes Caitrona Daly.
By Caitrona Daly Saturday 20 May 2017, 7:30 PM
May 20th 2017, 7:30 PM 19,437 Views 34 Comments
Caitrona Daly Playwright, blogger and type one diabetic
I WAS DIAGNOSED with type one diabetes in May 1997. Maths geniuses out there may now have surmised that my diagnosis is celebrating its 20th birthday and I felt I should probably mark it in some way, given that on its tenth birthday I was probably too busy drinking Tesco vodka in a UCD bathroom.
Because, yes, diabetics like to get drunk too. We like to gorge on doughnuts, get high on yokes, and eat a Dominoes meal for three in a single sitting.
The difference is that if Im not careful I could legitimately die.
I fully accept that a perfectly healthy human being could also die from any or all of these activities. The main difference for a diabetic is that it would be like playing a football match when you dont have a foot, or feet for that matter. Hence, youd probably just fall over, cry a little and then, be forcefully removed from the playing field.
I like to use analogies a lot when I talk about diabetes. This is mainly because nobody seems to really know what its about, except that it means youre fat.
I am slightly overweight at best; I am not fat. This did not, however, save me from the complexities that come with being a teenager who has diabetes.
I realised early on that every time I informed someone of my Continue reading

Go to:
Abstract
Physical activity (PA), even at low intensity, promotes health and improves hyperglycemia. However, the effect of low-intensity PA captured with accelerometery on glucose variability in healthy individuals and patients with type 1 diabetes has not been examined. Quantifying the effects of PA on glycemic variability would improve artificial endocrine pancreas (AEP) algorithms.
We studied 12 healthy control subjects (five males, 37.7 ± 13.7 years of age) and 12 patients with type 1 diabetes (five males, 37.4 ± 14.2 years of age) for 88 h. Participants performed PA approximating a threefold increase over their basal metabolic rate. PA was captured using a PA-monitoring system, and interstitial fluid glucose concentrations were captured with continuous glucose monitors. In random order, one meal per day was followed by inactivity, and the other meals were followed by walking. Glucose and PA data for a total of 216 meals were analyzed from 30 min prior to meal ingestion to 270 min postmeal.
In healthy subjects, the incremental glucose area under the curve was 4.5 mmol/L/270 min for meals followed by walking, whereas it was 9.6 mmol/L/270 min (P = 0.022) for meals followed by inactivity. The corresponding glucose excursions for those with type 1 diabetes were 7.5 mmol/L/270 min and 18.4 mmol/L/270 min, respectively (P < 0.001).
Walking significantly impacts postprandial glucose excursions in healthy populations and in those with type 1 diabetes. AEP algorithms incorporating PA may enhance tight glycemic control end points.
Box plots of area under the curve (A), Continue reading 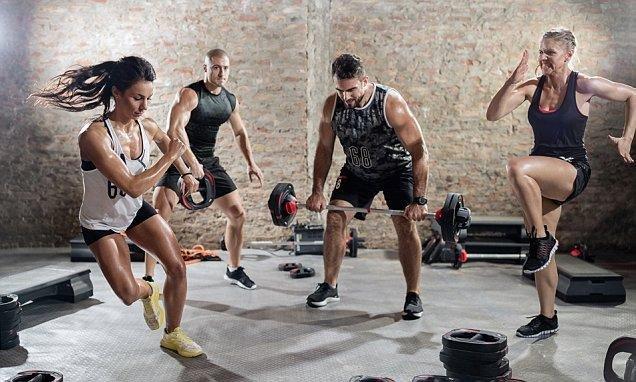 
High intensity interval training (HIIT)combats high insulin resistance
Women at risk for diabetes showed lower glucose levels after 10-week course
A different study found intensive exercise and a strict diet brought big benefits
Half of diabetes patients no longer needed their glucose-lowering medications
When it comes to reducing the risk of diabetes - or managing the condition if you already have it - there's a consistent message in some camps: a little exercise is always better than none.
But now new research has revealed that a gentle walk here and there is not enough to prevent or controlling it - high intensity interval training (HIIT) is what works.
One new study has found that this type - which involves short burst of high-intensity exercise followed by a brief low-intensity activity, repeatedly - combats high insulin resistance, a warning sign for the chronic disease.
The finding comes as another study discovered that a programme of intensive exercise and a strict dietworked so well that half of participants no longer needed their glucose-lowering medications.
Research suggests high-intensity exercise combats high insulin resistance, which is a warning sign for diabetes (file photo)
However, not all experts agree and one warned that diabetics should not come off their drugs and advised that a healthy lifestyle should always be adopted in combination with medication.
Exposure to light at night-time increases womens risk of breast cancer by up to 14% by disrupting a protective hormone
In the first study, a team led by Professor Mikel Izquierdo from t Continue reading 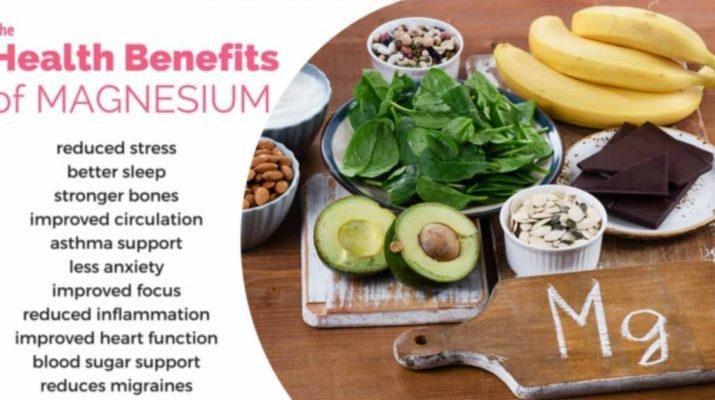 Summary:
According to a new study, high amount of magnesium intake lowers the heart risks, stroke, and diabetes type 2.
Scientists ignored the fact that lack of magnesium is the reason of atherogenesis and different heart issues. The focus was on the wrong reasons: cholesterol and saturated fats.
Unequal consumption of magnesium and calcium increases the chances of getting a heart disease.
The cardiovascular diseases are the primary reason for death in the USA, while doctors paid attention to cholesterol and statins prescription over a period of 20 years.
According to a new study, if you want to lower the possibility of getting a CHD, stroke, or diabetes type 2, you should add plus 100 mg of magnesium to your daily diet. This is just a simple way to get excellent results.
Over 1 million humans from 9 countries who took extra magnesium, got results with a 10% decreased the risk of developing CHD, 26 % decreased risk of diabetes type 2, and a 12 % decreased risk of getting a stroke. This information was discovered by investigators from University of Zhejiang and University of Zhengzhou, located in China.
The head of the study published in Biome Central, Fudi Wang, PhD, gives an explanation of the risks of low magnesium intake. He says that lack of magnesium in the organism is linked to many diseases. However, there is still no final evidence about the connection between magnesium and possible health harm.
Also, Wang says that their study results show a connection between the effect of magnesium in diet and lowering the chance of getting some disease. Their discoveries would h Continue reading