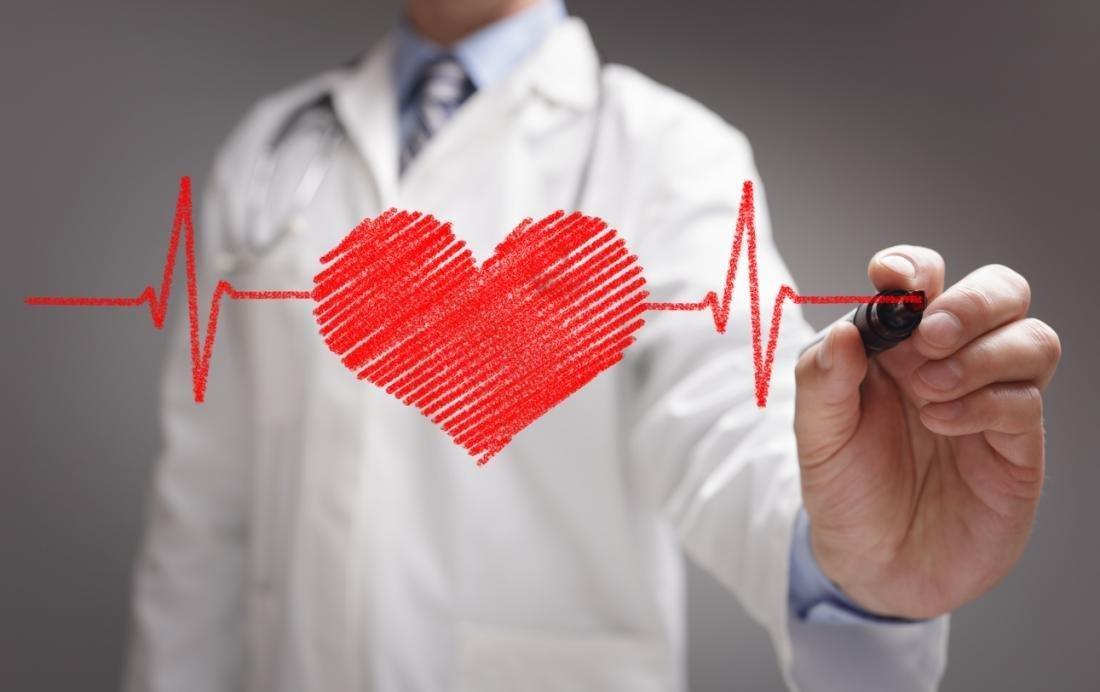 Using genome data from more than 250,000 people, scientists have identified gene variants that appear to alter the risk of both type 2 diabetes and heart disease - two leading causes of death and disease. They also suggest that the discovery could lead to treatments that use one drug to protect against both illnesses.
The international team, which was led by researchers from the Perelman School of Medicine at the University of Pennsylvania in Philadelphia, accounts for the findings in a paper published in the journal Nature Genetics.
Around 95 percent of people with diabetes have type 2 diabetes, which is a disease that develops when the body makes enough insulin but its cells lose the ability to use it to absorb blood sugar and convert it into energy.
The other 5 percent of diabetes cases are type 1 diabetes, which is a disease that develops when the body does not make enough insulin.
If not controlled, diabetes results in high blood sugar, or hyperglycemia. This can lead to serious health problems such as heart disease, stroke, kidney disease, and vision impairment.
In the United States, where it is the seventh leading cause of death, there are around 30.3 million adults with diabetes, including 25 percent of people who do not know that they have it.
Diabetes and heart disease
The number of adult diabetes cases has more than tripled in the U.S. in the past 20 years, primarily as a result of an aging population and rising levels of obesity.
Worldwide, the prevalence of diabetes among adults has gone up from 4.7 percent in 1980 to 8.5 percent in 2014.
Diabetes is a known ri Continue reading 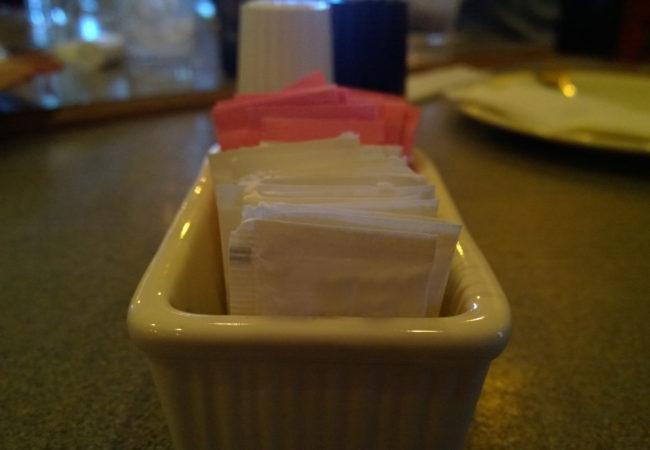 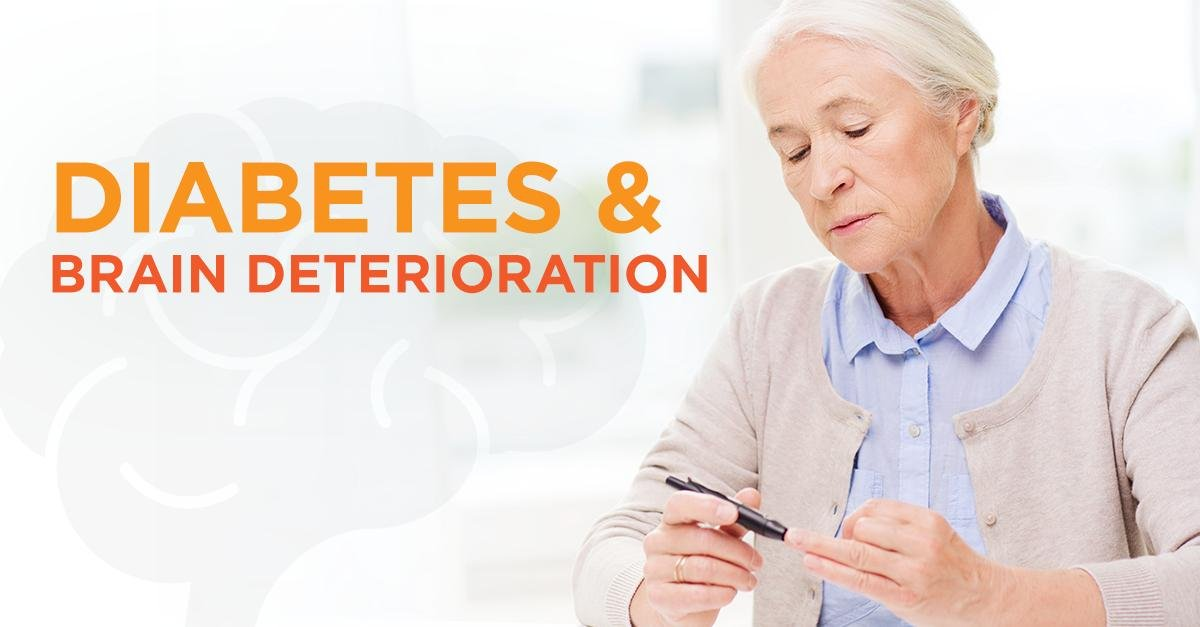 Over the past several years I have been writing about the detrimental effects of type 2 diabetes on brain health. For example, we’ve seen an extensive amount of research published that shows a strong relationship between even subtle elevations of blood sugar and future risk for Alzheimer’s disease. In addition, we know that elevation of blood sugar is related to a reduction in size of the brain’s memory center, the hippocampus. As it turns out, this reduction is correlated with both a decline in cognitive function as well as mood disorders.
In a new study, just published in the journal Diabetalogia (dedicated to reporting on issues related to diabetes), researchers studied 100 individuals who were in the early stages of type 2 diabetes. The group was divided in half, with 50 patients being overweight and the other 50 having normal weight. The subjects were all studied with MRI scans of their brains, as well as various tests of memory, planning, and reaction times. All of the results were compared to 50 healthy control subjects who did not have diabetes.
The results of this study were really quite telling. The diabetic patients demonstrated significant brain changes in multiple areas, in both the deep white matter as well as in the brain’s cortex. Furthermore, and I think most importantly, the detrimental brain changes were worse in the diabetics who were overweight.
This study again reinforces the fact that our lifestyle choices, including diet and exercise, which profoundly influenced both our risk for type 2 diabetes as well as weight gain, are far more than cosme Continue reading 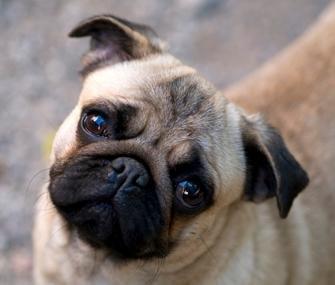 Welcome to this week’s Research Roundup. These Friday posts aim to inform our readers about the many stories that relate to animal research each week. Do you have an animal research story we should include in next week’s Research Roundup? You can send it to us via our Facebook page or through the contact form on the website.
“Researchers are turning to the family dog to find clues in hopes to find a cure for one of the deadliest forms of cancer.” Glioblastoma, a deadly brain cancer, killed over 15,000 people in 2015 and also affects dogs. Researchers say that microscopic evaluation of the cancers in dogs and humans are very similar. Roel Verhaak, a biologist and professor at Jackson Labs, says the goal of this research is to find anything, “..to prolong life expectancy and ultimately a cure.” He and his team hope to find specific areas in the cells of the donated cancer tumors from dogs that are abnormal and compare them to abnormalities in the human form of the cancer. Once this is clear, focus on faster ways to diagnose the cancer and more effective treatments can be developed.
Jumping insects inspire innovative robots. Click beetles are a unique type of insect that can launch itself into the air after falling on its back, without the use of its legs. A hinge connecting the head and thorax of the insect can bend and snap rapidly in the opposite direction, which propels the insect into the air. Scientists are currently applying these mechanics to new types of robots. The ability to jump without legs would allow the machines to easily maneuver through disaster z Continue reading 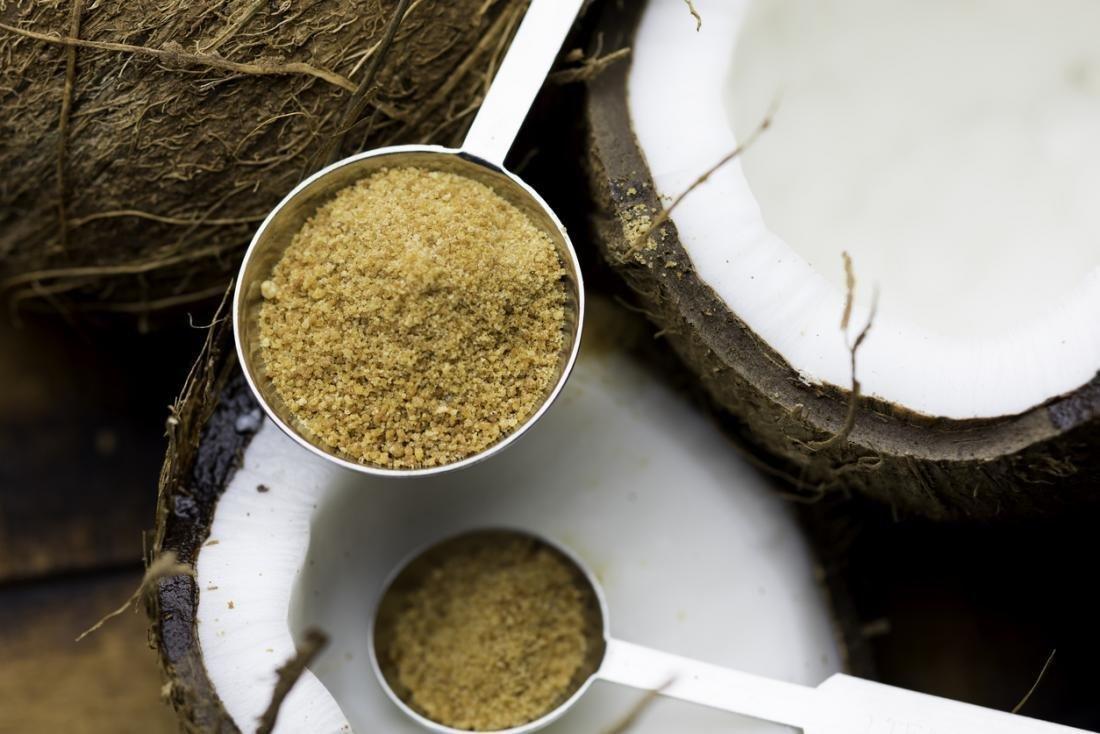 Coconut palm sugar: Can people with diabetes eat it?

In order to manage their condition, people with diabetes need to monitor their sugar intake. A good way of doing this might be by choosing a natural sweetener option. One of the more popular choices is coconut palm sugar.
In this article, we look at the effect coconut palm sugar has on blood sugar (glucose) levels and whether it may be healthful for people with diabetes.
Contents of this article:
What is diabetes?
People with diabetes have bodies that do not produce enough insulin or use insulin correctly.
Insulin is the hormone needed to help the body to normalize blood sugar levels. Blood sugar levels are a measurement of the amount of sugar in the bloodstream.
Most foods contain sugar. The body stores the sugar and transports it through the bloodstream to the cells, which use it as energy.
When insulin is not working properly, sugar cannot enter cells, and they are unable to produce as much energy. When the cells of the body cannot process sugar, diabetes occurs.
What is coconut palm sugar?
Coconut palm sugar is made from the sap of the coconut palm. The sugar is extracted from the palm by heating it until the moisture evaporates. After processing, the sugar has a caramel color and tastes like brown sugar, making it an easy substitution in any recipe.
Coconut palm sugar is considered a healthier option for people with diabetes because it contains less pure fructose than other sweeteners.
The digestive tract does not absorb fructose as it does other sugars, which means that the excess fructose finds its way to the liver. Too much fructose in the liver can lead to a host o Continue reading