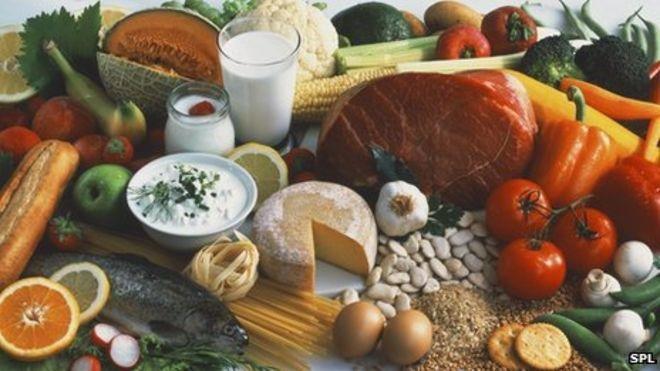 Only eating breakfast and lunch may be more effective at managing type 2 diabetes than eating smaller, more regular meals, scientists say.
Researchers in Prague fed two groups of 27 people the same calorie diet spread over two or six meals a day.
They found volunteers who ate two meals a day lost more weight than those who ate six, and their blood sugar dropped.
Experts said the study supported "existing evidence" that fewer, larger meals were the way forward.
Timing important?
Type 2 diabetes occurs when the body does not produce enough of the hormone insulin to function properly, or the body's cells don't react to insulin.
Since insulin controls the amount of sugar in the blood, this means blood sugar levels become too high.
Larger studies over longer periods of time will be needed to back up these findings before we would change adviceDr Richard Elliott, Diabetes UK
If untreated, it can lead to heart disease and stroke, nerve damage, light-sensitive eyes and kidney disease.
About 2.9 million people in the UK are affected by diabetes, 90% of whom have the type 2 form of the disease.
Current advice in the UK recommends three meals a day, with healthy snacks.
Scientists at the Institute for Clinical and Experimental Medicine in Prague divided a group of 54 volunteers aged 30 to 70 with type 2 diabetes into two groups of 27 people.
Volunteers were then given either a six-meal-a-day diet (A6) for 12 weeks followed by a two-meal day diet (B2), or vice versa.
The study compared two meals with six meals - as the latter accorded with current practice advice in the Czech Republic, Continue reading 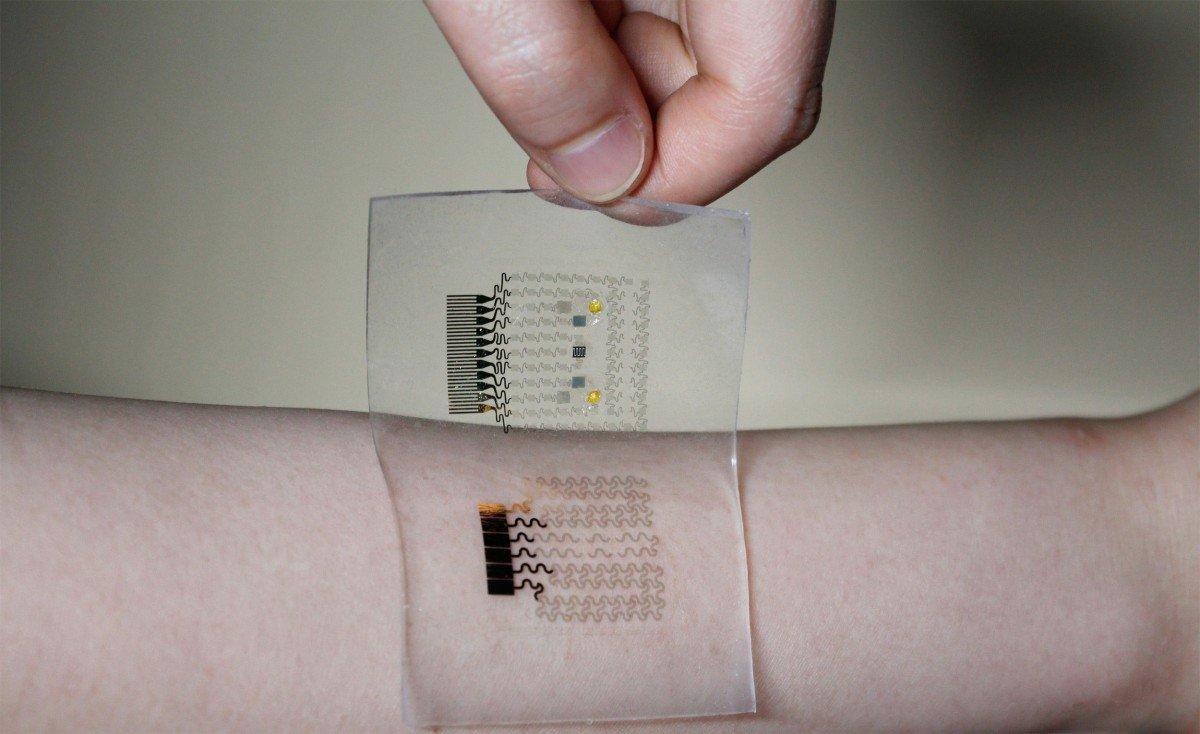 Controlling Diabetes with a Skin Patch

A flexible tattoo senses glucose levels in sweat and delivers a drug as needed.
Attempting to free people with diabetes from frequent finger-pricks and drug injections, researchers have created an electronic skin patch that senses excess glucose in sweat and automatically administers drugs by heating up microneedles that penetrate the skin.
The prototype was developed by Dae-Hyeong Kim, assistant professor at Seoul National University and researchers at MC10, a flexible-electronics company in Lexington, Massachusetts. Two years ago the same group prototyped a patch aimed at Parkinson’s patients that diagnoses tremors and delivers drugs stored inside nanoparticles.
Other efforts to develop minimally invasive glucose monitoring have used ultrasound and optical measurements to detect glucose levels. And a variety of skin patches could deliver insulin or metformin, a popular drug used to treat type 2 diabetes. But the new prototype incorporates both detection and drug delivery in one device.
The patch, described in a paper in Nature Nanotechnology, is made of graphene studded with gold particles and contains sensors that detect humidity, glucose, pH, and temperature. The enzyme-based glucose sensor takes into account pH and temperature to improve the accuracy of the glucose measurements taken from sweat.
If the patch senses high glucose levels, heaters trigger microneedles to dissolve a coating and release the drug metformin just below the skin surface. “This is the first closed-loop epidermal system that has both monitoring and the noninvasive delivery of diabetes drugs di Continue reading

With its latest doodle, Google celebrates the 125th birthday of Sir Frederick Banting, who together with Charles Best, pioneered the use of insulin in the treatment of diabetes.
The doodle features a bottle of insulin in place of the second letter 'o' in Google and also an image of the digestive tract, which was key to Banting's theory that the pancreas' secretion held the key to the treatment of diabetes. World Diabetes Day coincides with Banting's birthday on 14 November.
According to the NobelPrize.org, Banting approached Professor John Macleod at the University of Toronto, on a possible way of treating diabetes. He proposed to ligate the pancreative ducts to stop the flow of nourishment to the pancreas.
This in turn would cause the pancreas to degenerate and stop it from secreting digestive juices, enabling the extraction of an anti-diabetic secretion from the pancreas.
Although he did not really think much of his theory, Macleod gave him a laboratory with minimum equipment and 10 dogs and an assistant, medical student Charles Best. When the tests proved successful, the experiment was expanded and the extract was named 'insulin'.
During the testing process, the team discovered that there was no need to shrink the pancreas and that they could use whole fresh pancreas from adult animals.
In late 1921, biochemist Bertram Collip joined the team, to try and purify the insulin so that it can be tested on humans. To kick start treatment on humans, Banting and Best became the guinea pigs, testing the purified insulin on themselves.
In January 1922, 14-year-old boy Leonard Thomp Continue reading 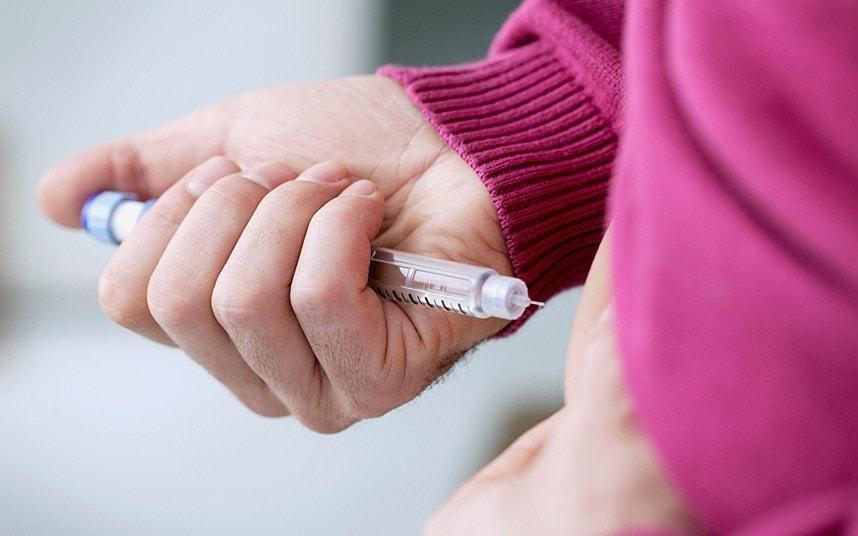 A cure for diabetes could be imminent after scientists discovered how to make huge quantities of insulin-producing cells, in a breakthrough hailed as significant as antibiotics.
Harvard University has, for the first time, managed to manufacture the millions of beta cells required for transplantation.
It could mean the end of daily insulin injections for the 400,000 people in Britain living with Type 1 diabetes.
And it marks the culmination of 23-years of research for Harvard professor Doug Melton who has been trying to find a cure for the disease since his son Sam was diagnosed with Type 1 diabetes as a baby.
“We are now just one pre-clinical step away from the finish line,” said Prof Melton.
Related Articles
Diabetes 'out of control' in most parts of England
30 Oct 2014
I never thought I was the type who would develop diabetes
11 Jun 2014
One in three adults have borderline diabetes, study finds
10 Jun 2014
Women with diabetes at greater heart risk than men: study
23 May 2014
The NHS is collapsing under the weight of demand
11 Jun 2014
Diabetes: the facts and figures
10 Oct 2014
Asked about his children’s reaction he said: "I think like all kids, they always assumed that if I said I'd do this, I'd do it,
"It was gratifying to know that we can do something that we always thought was possible.”
The stem cell-derived beta cells are presently undergoing trials in animal models, including non-human primates, where they are still producing insulin after several months, Prof Melton said.
Type 1 diabetes is an autoimmune condition that causes the pancreas to stop producing Continue reading 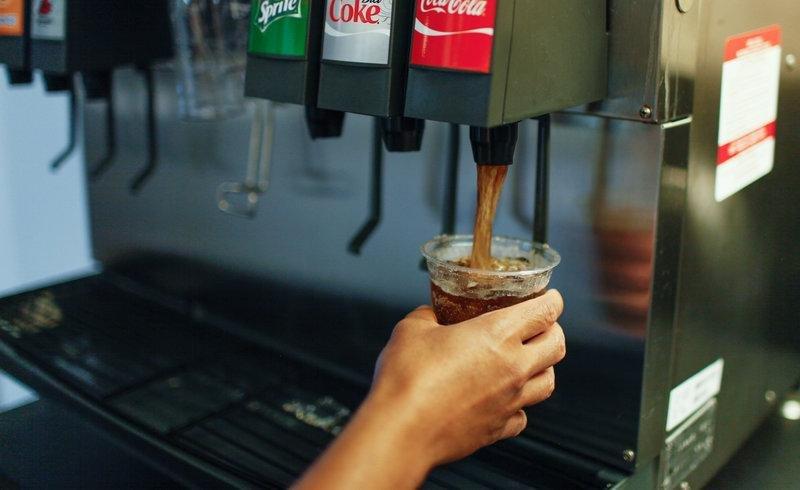 Even If You're Lean, 1 Soda Per Day Ups Your Risk Of Type 2 Diabetes

It's true that being overweight or obese is a leading risk factor for developing Type 2 diabetes.
But attention, skinny and normal-weight people: You may be vulnerable, too.
Lots of lifestyle choices influence the risk of diabetes: everything from whether you smoke to how much you exercise (or don't). It turns out, what you choose to drink is also a risk factor.
A new study published in the British Medical Journal finds that people in the habit of drinking one sugar-sweetened beverage — such as a soda or sweetened tea — every day had an 18 percent increased risk of developing the disease over a decade. That's compared with people who steer clear of sugary beverages.
The researchers reached this estimate by pooling data from 17 previously published studies that had evaluated the link between sugary drinks and diabetes risk.
And here's what upends conventional thinking: After the researchers adjusted their estimates for body weight, they found that — even for thin or normal-weight people — one sugary drink per day was associated with a 13 percent increased risk.
"So even if people are lean, if they continue consuming sugar-sweetened beverages, they have a greater likelihood of developing Type 2 diabetes," study author Fumiaki Imamura, of the University of Cambridge School of Clinical Medicine, told us.
The studies he looked at were observational, so they can't prove cause and effect. But the link between sugary drinks and diabetes is solid, since researchers say they understand the biological mechanisms of how too much sugar can overwork the endocrine system.
As we've Continue reading