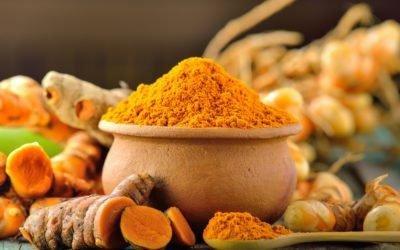 One diabetes medicine may lower blood sugar and cholesterol, protect your eyes and kidneys, relieve pain, prevent cancer, and improve your sex life. It also tastes good.
This medicine is turmeric, made from the root Curcuma longa, a member of the ginger family. About 2% to 5% of turmeric is the yellow/orange powder called curcumin, which gives curry powder its beautiful color. The taste has a bite to it, but with the right recipe, you’ll love it. Or you can take capsules.
Turmeric has been used for centuries in Ayurvedic (Indian) and Chinese medicine. They give it for pain relief, improved digestion and liver function, and for its antioxidant and anti-inflammatory properties.
Curcumin may also help treat aspects of diabetes, both Type 1 and Type 2. A scientific paper from the Beijing University of Chinese Medicine and McGill University reviewed multiple studies of curcumin from around the world. Most of these are studies of diabetic rats and mice. They need to be repeated in humans to gain scientific acceptance, but I’m convinced.
• In many of these studies, curcumin reduced blood sugar and cholesterol levels.
In addition:
• Curcumin prevented liver fat accumulation. Rats who consumed curcumin had reduced liver fat on a high-fat diet compared to rats not consuming curcumin.
• Curcumin suppressed the activities of white blood cells called macrophages that cause inflammation. This action of turmeric/curcumin could potentially slow down many complications of diabetes, in which inflammation plays a role.
• Curcumin improves insulin function. It reduces insulin resis Continue reading 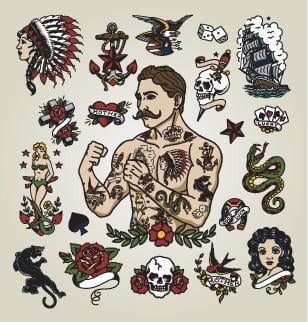 Tattoos and Body Piercings: A Guide for People with Diabetes

The best way to know if it’s safe for you to get a tattoo with diabetes is to see your doctor or healthcare provider. They can review your numbers, draw your A1C, and determine if your diabetes is controlled. If your diabetes is not well controlled, or if your blood pressure is elevated, you should take measures to get both within range prior to getting a tattoo.
After you are evaluated by the healthcare provider and they confirm that your diabetes is under control,you will be given clearance to get a tattoo or a piercing. It will also be a good idea to have the doctor write a note, or even a prescription, in attention of the tattoo parlor or piercing clinic that will be performing the procedure. Normally, a tattoo or piercing establishment will take the word of the client, and the forms that you fill out there should have a question about diabetes, and whether it’s controlled.
Your response should be honest on the form, and if your diabetes is not well-controlled, lying about it could be to your peril. The question is on the form for your own safety, Understand that it is imperative that your diabetes must be controlled, along with your blood pressure, prior to obtaining a piercing or tattoo with diabetes.
Considerations for getting a tattoo or piercing with diabetes
There are many things that your doctor or healthcare provider should consider prior to giving you the ok for the procedure, even with your blood sugar and A1C in your target ranges. If it’s a tattoo, your doctor may want to know its location on your body. Areas farther away from the heart, and areas with Continue reading

Every now and then we hear about a common food that contains amazing healing properties. Turmeric is a fine example. Although it is a spice that has been used in Asian medicine for thousands of years, its potential to cure disease has been largely ignored in the West. Now we are told it can be used to treat a whole list of ailments from diarrhea to diabetes, and scientific tests are beginning to back up these claims.
What is Turmeric?
The turmeric plant, a member of the Zingiberaceae or ginger family, is native to Southeast Asia. Like ginger, the rhizome, or root, is the source of the spice. The turmeric root looks much like ginger root except for its color. While ginger is white, turmeric is orange, so orange, it was used as a dye before it was used for medicinal purposes.
If you’ve never bought turmeric, you may not realize you’ve eaten it. Chances are, you have. It is the main spice in curries, the spice that gives curry powders an orange color.
What Does Turmeric Contain That Aids in Healing?
Curcumin has been identified as turmeric’s source of healing properties. Curcumin is both an anti-inflammatory and a strong anti-oxidant. It prevents inflammation and reduces chronic inflammation. It has also been found to induce apoptosis (cell death) in cancer and pre-cancer cells.
What is Turmeric Used to Treat?
According to Web M.D., turmeric is used internally to treat the following:
Arthritis
Heartburn (dyspepsia)
Joint pain
Stomach pain
Crohn’s disease and ulcerative colitis
Bypass surgery
Hemorrhage
Diarrhea
Intestinal gas
Stomach bloating
Loss of appetite
Jaundice
Continue reading 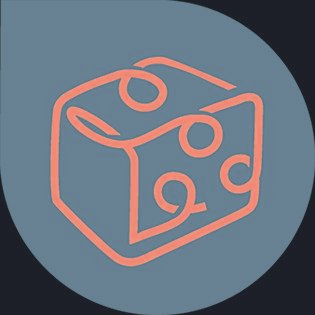 Moderate consumption of alcohol may be tied to a reduced risk for Type 2 diabetes, a Danish study has found.
Researchers used data on 28,704 men and 41,847 women free of diabetes at the start who reported how often they drank and the amounts of alcohol consumed. They followed the group for an average of five years. The observational study is in Diabetologia.
After adjusting for diet, family history of diabetes, high blood pressure, physical activity, smoking and other factors, they found that compared with abstainers, men who drank 14 drinks a week had a 43 percent lower risk of diabetes, and women who drank nine drinks a week a 58 percent lower risk. The mechanism is unknown, and the study could not distinguish between different types of drinks.
Consuming alcohol three to four days a week, compared with only once, was also associated with a lower risk, even after adjusting for the amount of alcohol consumed. The senior author, Janne S. Tolstrup, a professor of epidemiology at the University of Southern Denmark, said that spacing out your drinks over the week might be at least as important as the amount consumed.
“Keep consumption at moderate levels,” she said, “about seven drinks a week for women and 14 for men. Alcohol is associated with many diseases and conditions — at the same level where it may protect against diabetes, the risk of other diseases is increased.” Continue reading 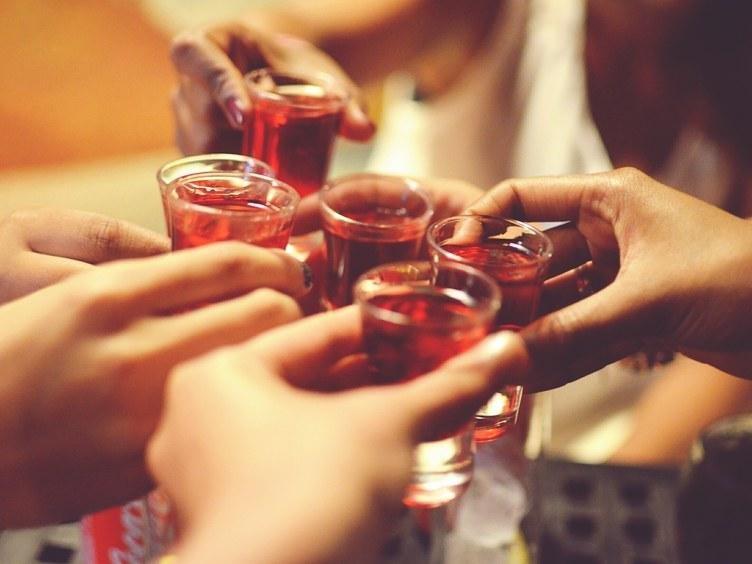 You might have stumbled across some headlines recently declaring that drinking alcohol will lower your risk of type 2 diabetes. “Looking to Ward Off Diabetes? Drink Alcohol, Study Suggests,” proclaimed one article. “Regular Drinking Can Reduce Risk of Developing Diabetes,” another stated. If that seems a little off to you, you’re right. While research has found that moderate drinking is generally OK for you, it’s a stretch to say that it’s actually good for you—and that includes lowering your diabetes risk.
Here's what you need to know about that recent diabetes study.
That study, published in the journal Diabetologia, was based on data from the Danish Health Examination Survey, which followed 28,704 men and 41,847 women for about five years. During that time, participants completed self-reported questionnaires to get information on how often they drank alcohol, how often they engaged in binge drinking, and how much wine, beer, and hard alcohol they drank weekly. The researchers also got information on how many of these people developed diabetes.
Here’s what they found: During a follow-up, 859 men and 887 women developed diabetes. The researchers found that the people with the lowest risk of developing diabetes were men who had 14 drinks per week and women who had 9 drinks per week. According to their data, these groups were less likely to develop diabetes than people who had one drink or less per week. They also examined the types of alcohol people were drinking and found that those who drank wine had the lowest diabetes risk; and in men, beer was also li Continue reading