The Global Diabetes Epidemic In Charts 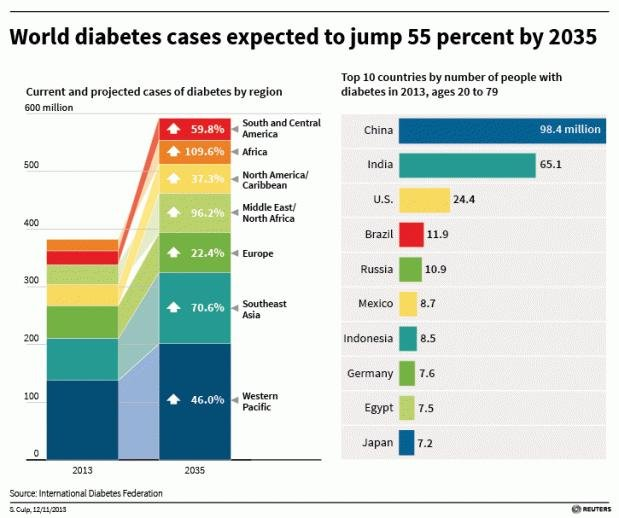 The global diabetes epidemic in charts

Nearly one in ten people globally will have some form of diabetes by 2035, the International Diabetes Federation predicts in a new report. There are some 382 million people living with the disease, but that could jump 55% by 2035, the IDF says. Here’s the full report (PDF) and Reuters’ report on same.
“The highest prevalence rates are to be found in the Western Pacific, where more than a third of adults in Tokelau, Micronesia and the Marshall Islands are already living with the disease,” Reuters adds.
Below, check out the IDF’s chart on the current number of diabetes sufferers by region, and where the rates are projected to increase. The number of Africans with diabetes is expected to double by 2035, the IDF says. The number of Chinese with the disease is skyrocketing as well, up to 114 million in 2010 from just 22 million in 2007. Nearly one out of every three people with diabetes globally is Chinese.
The US currently spends 1 in 5 healthcare dollars on diabetes — or 36% of the world total of diabetes spending on adults, the IDF says. Diabetes causes 5.1 million deaths globally in 2013; that’s a rate of one death every six seconds.
For more charts and interactive tables, check out the CDC’s website. Continue reading 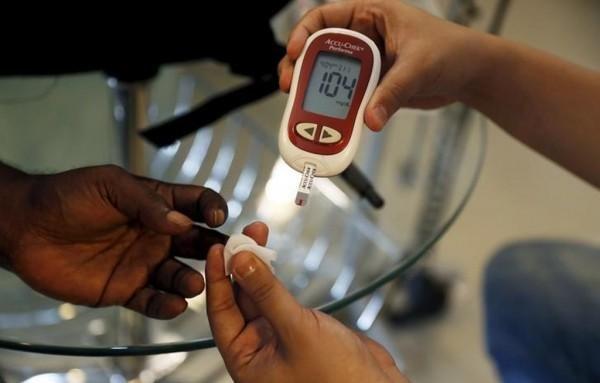 Women are the most vulnerable to diseases that thrive when a person is too fat. But “fat shaming” individuals won’t help when junk food is cheaper than healthy food and health education is virtually non-existent.
The new killer in town preys on older, overweight women from poor communities. It has been moving stealthily through the population, its influence under-estimated as our attention has been focused on HIV and tuberculosis.
But suddenly diabetes has emerged as the biggest killer of South African women and the second biggest killer overall, according to 2015 death statistics released recently by Statistics South Africa.
Seven years before this, diabetes was not even in the Top 10 killers. But now it is second only to TB.
Clinics are being overwhelmed by cases of diabetes and hypertension, both linked to bad diet and being too fat. By late last year, public health facilities were seeing more than 15,000 new cases of diabetes and close to 25,000 new hypertension cases every month, according to the health department’s District Health Information System (DHIS).
There are now over eight-million obese people in South Africa, far outnumbering the six-million South Africans living with HIV.
Many people on antiretroviral (ARV) medicine are also on medication for diabetes and hypertension, yet not enough research has been done on how all the medication interacts.
At one Cape Town clinic, three-quarters of the ARV patients were also on hypertension medicine, according to Professor Tolu Oni from the University of Cape Town.
KwaZulu-Natal and Limpopo have the highest diabe Continue reading 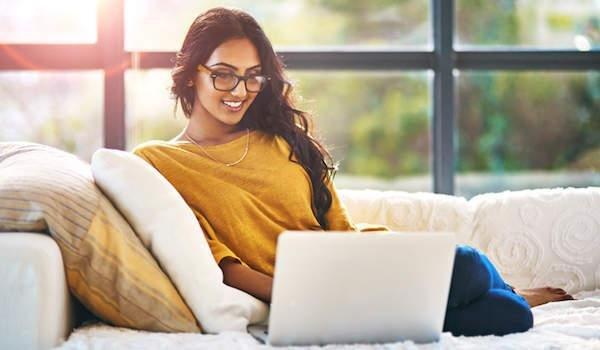 How to Click Into Online Support for a Chronic Condition

Allison Caggia, 41, felt her type 1 diabetes was well-controlled through dietary changes and daily blood sugar checks, but she wanted to take the next step by exercising in a way that was safe for her medical condition.
Not surprisingly, the Internet was packed full of advice, but she skipped the standard Google search and went instead to a source she knew she could trust: her online community.
Within a day, she had personal stories about diabetes and working out from her online friends, comparisons of cardio versus strength training, and extremely valuable tips about blood sugar management before and after workouts.
Finding your people
Even if you never meet community members online, that feeling of someone having your back and knowing what you’re going through is exactly the same in cyberspace as it is in real life, Caggia believes.
“These are people fighting the same thing that you are,” she says. “They’re there for you, and it makes a huge difference.”
Although a social network like Facebook might be helpful for informing friends and family of your treatment progress, it’s condition-specific sites that can be especially helpful for building a strong base of support, says Caggia.
These include sites like Inspire.com, healtheo360, and HealingWell.com. Many associations also run online communities, such as those managed by the American Diabetes Association and the American Heart Association.
Caggia found her online community about four years ago, when she was diagnosed with type 1 diabetes. No one among her family or friends had the condition and despite doin Continue reading 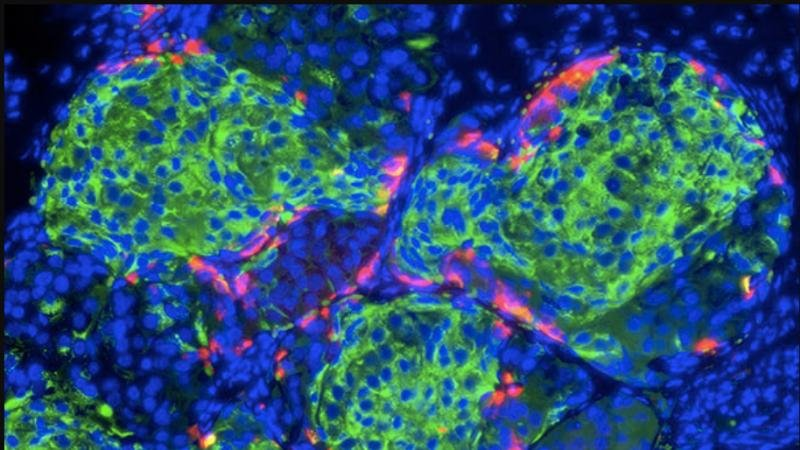 In type 1 diabetes, the body engages in warfare with itself, the immune system mistakenly treating the insulin-producing cells of the pancreas as a harmful invader, destroying the cells along with the body’s ability to regulate sugar. Typically diagnosed in youth, it has no cure, and patients face a lifetime of insulin injections and complications.
A new study published Thursday in the journal Cell Stem Cell demonstrates an early look how one day gene therapy might be used to permanently restore normal blood glucose levels in people with type 1 diabetes.
Insulin is a hormone produced in the pancreas by what are known as beta cells, and it plays an important role in the body by promoting the absorption of glucose from the blood stream in order regulate the metabolism of carbohydrates, fats, and proteins. In the average person, these insulin-producing beta cells make up the vast majority of cells in the regions of the pancreas where hormones are produced and then secreted into the body’s blood stream. The other major cell type here is called an alpha cell, which produces a hormone glucagon that elevates glucose levels in the body.
In type 1 diabetes, for still unclear reasons, the body destroys beta cells, but alpha cells survive. So researchers at the University of Pittsburgh School of Medicine and the Children’s Hospital of Pittsburgh sought to transform alpha cells into insulin-producing beta cells in mice with type 1 diabetes.
The scientists behind it didn’t expect it to work, but they gave it a shot anyway.
“Type 1 diabetes is an autoimmune disease where the bo Continue reading 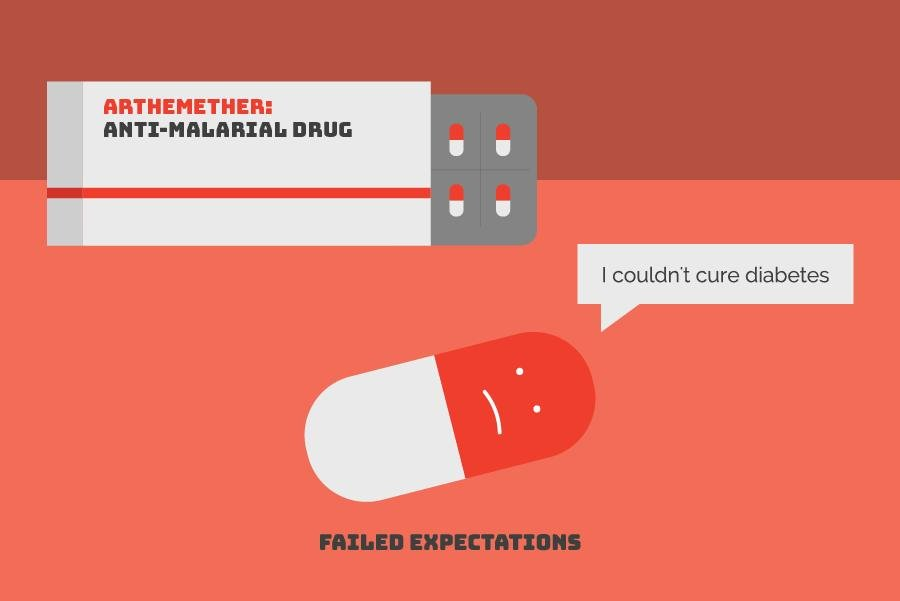