Research Roundup: Lupus protein identified, vaccine for Type 1 diabetes, new chronic pain treatment, andmore!
Welcome to this weeks Research Roundup. These Friday posts aim to inform our readers about the many stories that relate to animal research each week. Do you have an animal research story we should include in next weeks Research Roundup? You can send it to us via our Facebook page or through the contact form on the website.
A protein that may cause Lupus has been identified. Lupus is a chronic inflammatory disease that occurs when your bodys immune system attacks its own tissues and organs. An estimated 1.5 million Americans , and at least 5 million people worldwide, have a form of lupus. Previous research has implicated the gene PRDM1 as a risk factor for lupus. Scientists looking at Blimp-1 , a protein that is encoded by the PRDM1 gene, have found in mice that that a low level of or no Blimp-1 in a particular cell type led to an increase in the protein cathepsin S (CTSS) which caused the immune system to identify healthy cells as something to attack particularly in females. These results are particularly striking as women have an increased risk for lupus compared to men. While this work needs to be replicated and validated, this research provides some valuable insight into the etiology and treatment of lupus. This research was published in the journal Nature Immunology .
Mice from the Lupus study. Source: AJP Renal Physiology.
Vaccine for virus induced Type 1 diabetes successful in mice. Coxsackie B viruses are the most common enteroviruses and are believed Continue reading 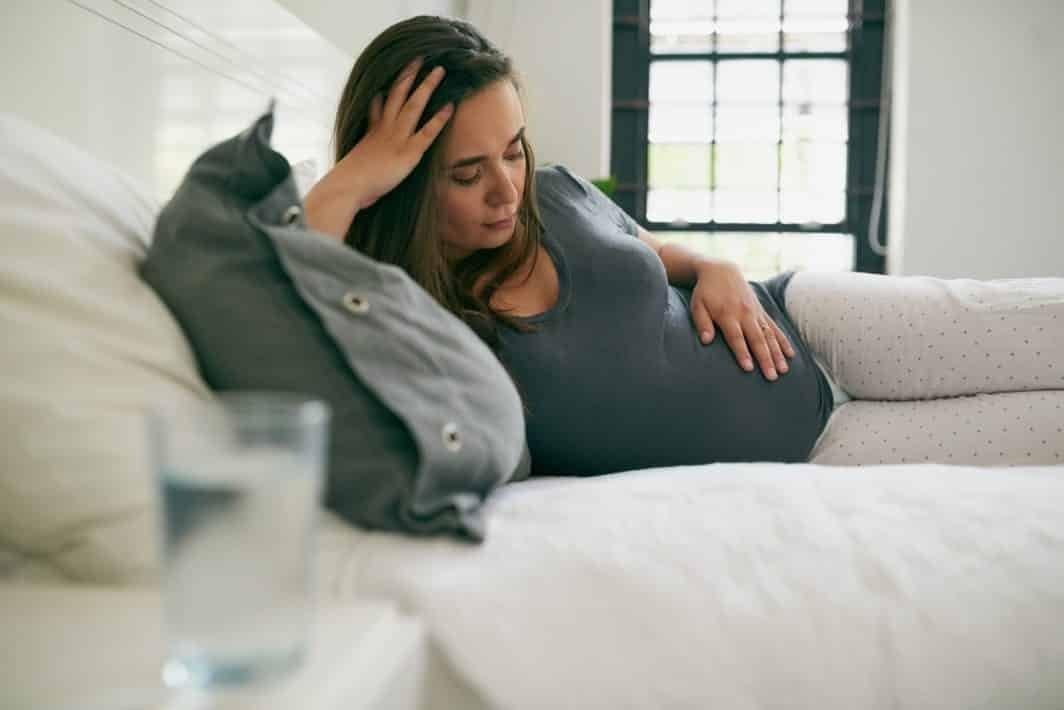 5 Questions (and Answers) about Gestational Diabetes

Pregnancy is an exciting and overwhelming time in a woman’s life. Learning that you have or may have gestational diabetes can really throw a wrench in an otherwise joyful experience. While developing gestational diabetes is certainly not ideal, it is not as scary as it seems. With timely testing and diligent health choices, gestational diabetes can be easily diagnosed and managed. Here are a few answers to common questions many women have about gestational diabetes:
What is gestational diabetes?
Gestational diabetes (or GDM) occurs when a woman who has never had diabetes before pregnancy develops elevated levels of blood glucose (sugar) levels during pregnancy. It is thought that gestational diabetes affects up to 18% of pregnant women.
Doctor’s don’t really know what causes GDM, but they have some theories. One of the most prevalent is that hormones from the placenta block the action of the mother’s insulin in her body. This is called insulin resistance and it makes it hard for the mother’s body to properly use insulin. Without enough insulin, glucose is unable to leave the bloodstream and be utilized for energy. Blood glucose can then build up to dangerous levels, which is called hyperglycemia.
You will typically be tested for gestational diabetes between your 24th and 28th week of pregnancy. Testing is done by drawing blood after a screening glucose challenge test or an oral glucose tolerance test. For the screening test, you will drink a sugary beverage an hour before having your blood glucose checked. The glucose tolerance test involves having your blood gluc Continue reading 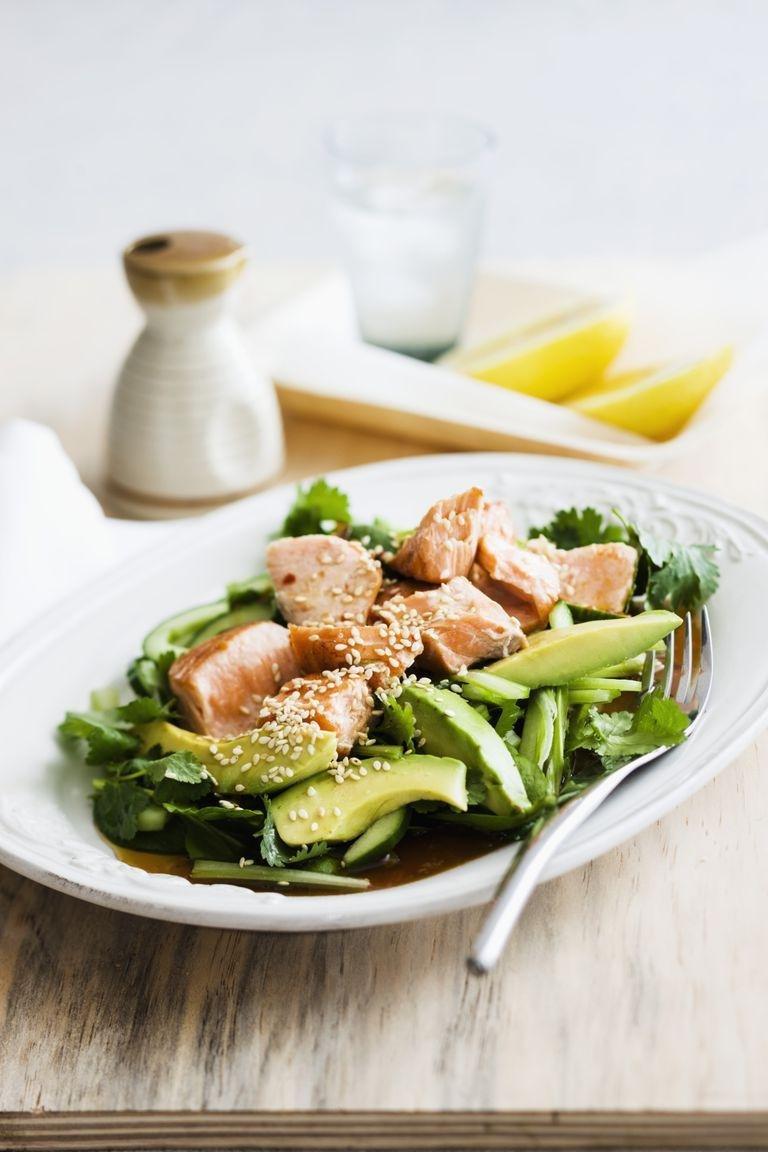 Tips for Eating with High Cholesterol and Diabetes

If you have been diagnosed with both high cholesterol and type 2 diabetes, you may be feeling overwhelmed at the prospect of changing your diet. You should know that there is considerable overlap for how to eat with the two conditions and that it is not as difficult as you may think.
There are several things to keep in mind when it comes to your diet. Here are three first steps for managing high cholesterol and diabetes through your diet.
1. Increase Fiber
First things first. Eat more vegetables. There's a reason the diabetic plate method recommends filling half of your plate with nonstarchy vegetables: they're loaded with fiber. They're also super high in good-for-you phytonutrients, but fiber is the big one for both cholesterol and diabetes.
Fiber is the indigestible part of plants. Meaning, you eat it, it fills you up, but it doesn't add any calories. That's helpful for diabetes since many people with type 2 diabetes are also watching their weight.
Soluble fiber (the kind found in beans, apples, oatmeal) aids in lowering "bad" LDL cholesterol and also helps to keep blood glucose levels steady. Fresh fruits, vegetables, and whole grains are the best sources of fiber. Aim to increase the amount of fiber you eat every day gradually, to at least 25 grams per day if you're a woman; 38 grams per day if you're a man.
2. Choose Good Fats Over Bad Fats
Another healthy change for both diabetes and high cholesterol is to swap the fats and oils you use.
As a general rule, you want to eat more monounsaturated fats (found in foods such as walnuts, avocado, and olive oil) and decrease Continue reading 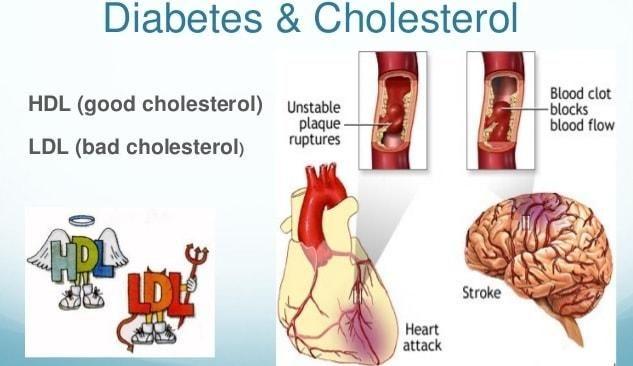 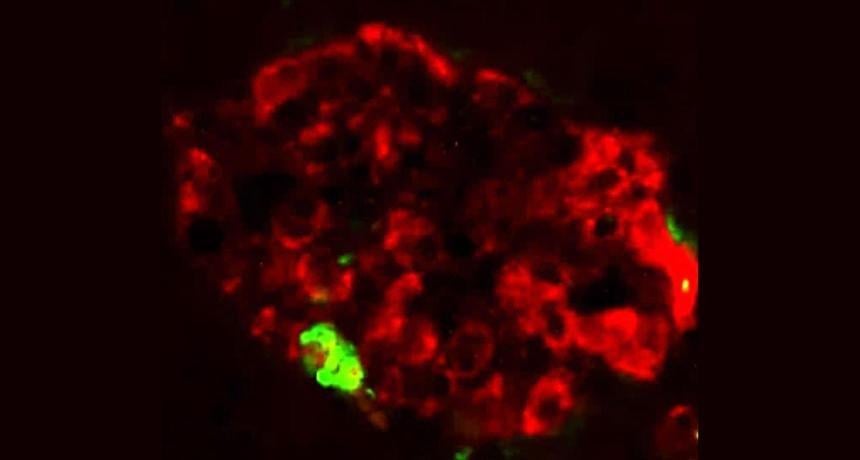