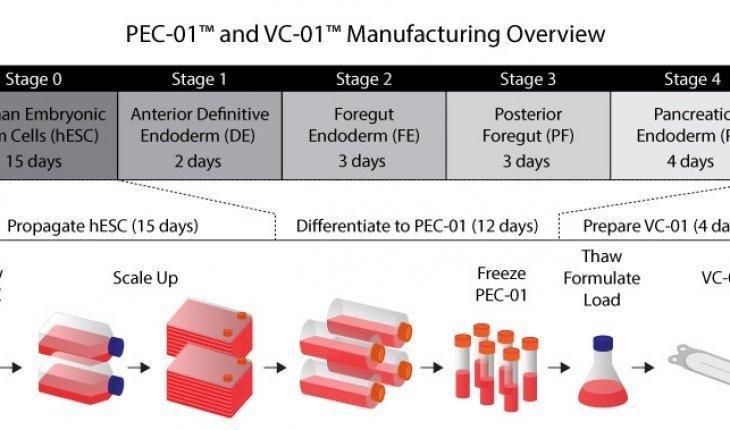 Viacyte, privately-held, leading regenerative medicine company, announced today that the first patients have been implanted with the PEC-Direct™ product candidate, a novel islet cell replacement therapy in development as a functional cure for patients with type 1 diabetes who are at high risk for acute life-threatening complications. The first implant procedures of the clinical trial took place at the University of Alberta Hospital in Edmonton, Alberta, and the UC San Diego School of Medicine’s Altman Clinical Trials Research Institute. The goal of the open-label clinical trial is to evaluate the PEC-Direct product candidate for safety and definitive evidence of efficacy. In the coming months, the company expects to expand the trial to additional centers including the University of Minnesota and other sites in the US and Canada.
The first cohort of type 1 diabetes patients is receiving multiple small-format cell-filled devices called sentinels in order to evaluate safety and implant viability. These sentinel units will be removed at specific time points and examined histologically to provide early insight into the progression of engraftment and maturation into pancreatic islet cells including insulin-producing beta cells. A second cohort of up to 40 patients is expected to begin enrolling later this year to evaluate both safety and efficacy. The primary efficacy measurement in the trial will be the clinically relevant production of insulin, as measured by the insulin biomarker C-peptide, in a patient population that has little to no ability to produce endogenous insulin Continue reading 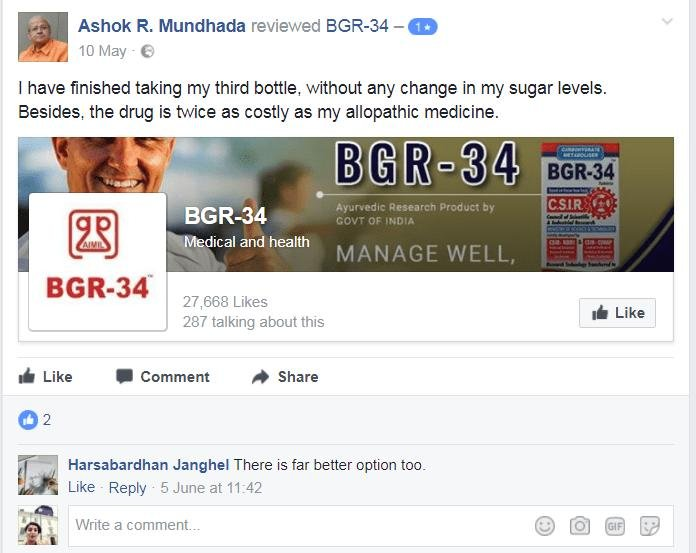 Are AYUSH supported BGR-34 and IME-9 drugs safe and effective for diabetes?

In November 2014, the Modi govt. created a new ministry called the AYUSH, which stands for the Department of Ayurveda, Yoga and Naturopathy, Unani, Siddha and Homeopathy, with Shripad Yesso Naik appointed as the AYUSH minister of state (Independent Charge). Under UPA govt., AYUSH existed in the form of a department under the Health Ministry called the Department of Indian Systems of Medicine and Homeopathy (ISM&H). This upgrade to the ministry status also signaled an increased focus on research in alternative medicines.
The ministry of AYUSH has helped develop, in collaboration with CSIR and CCRAS, two Ayurvedic anti-diabetic drugs namely BGR34 and AYUSH82 (sold as IME9). Alt News have found that, both of these drugs have been released with insufficient clinical testing and have relied on pre-clinical animal testing for the majority of its claims. Moreover, contrary to the popular belief, in some patients, treatment with these Ayurvedic drugs have revealed a plethora of side effects; and, in contrast to its claims, have known to increase the blood glucose level to a dangerous high.
Alt News’ Research
Alt News examined the claims made by BGR34 and AYUSH82 using published scientific evidence available at Google Scholar and PUBMED. In the area of drug formulations, health practitioners use the clinical and academic research indexed by Google Scholar and PUBMED to verify and seek information regarding new drugs. As a corollary, the absence of scientific research information regarding various drugs in Google Scholar and PUBMED indicates lack of clinical research for those drug Continue reading 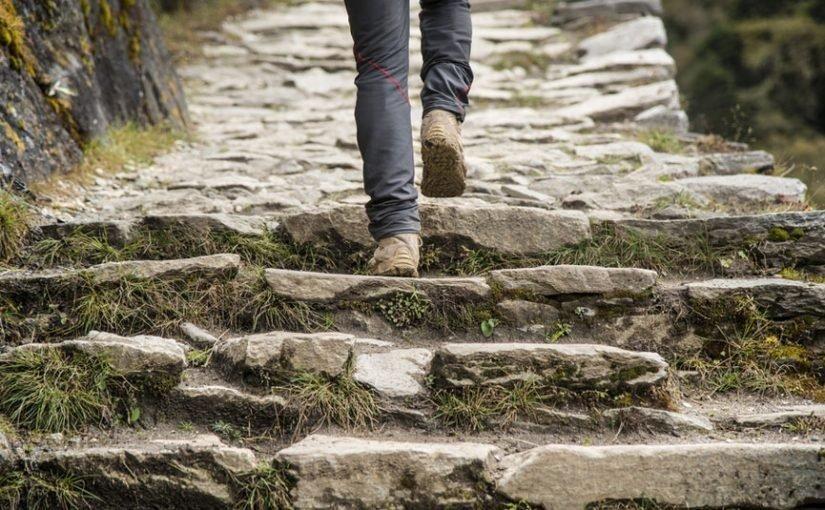 In the Himalayas, with Undiagnosed Type 1 Diabetes

During a round-the-world trip, a reporter begins to experience the symptoms of diabetes in Nepal.
Reporter Oren Liebermann discovered he had Type 1 diabetes during a year-long trip around the world. In this edited excerpt from his memoir, The Insulin Express, Liebermann first begins to feel the effects of his yet undiagnosed diabetes while teaching English at a monastery in Nepal.
The hike up the mountain takes 45 minutes, and I feel completely wiped out when we reach the top. A sign explaining the history of the World Peace Stupa informs us that this is one of 80 Peace Pagodas around the globe.
“I’m sick and tired of being sick and tired,” I tell Cassie, choking back tears.
Recently, we’ve both noticed that I’ve lost weight. My arms and legs have become rail thin, and both of our parents asked if I was on a diet when we Skyped. I’ve also been feeling weak, and it has gotten worse since our Himalayas hike.
sponsor
We find a pharmacy in Lakeside that lets us use their scale. I step onto the scale, but the number staring back at me doesn’t make any sense.
“Are you sure this scale is right?” I ask the woman behind the counter.
“Yes,” she smiles back at me.
I start converting kilograms to pounds in my head. Multiply by two. Figure out 10 percent, then add that twice. That means I weigh . . . wait, double check the number . . . 180 pounds? If that’s right, I’ve lost 45 pounds. I thought I had lost 20 pounds at most, but 45 means I have lost nearly a quarter of my body weight.
You can read Part 2 of this series with “An Inaugural Type 1 Hospital Stay i Continue reading 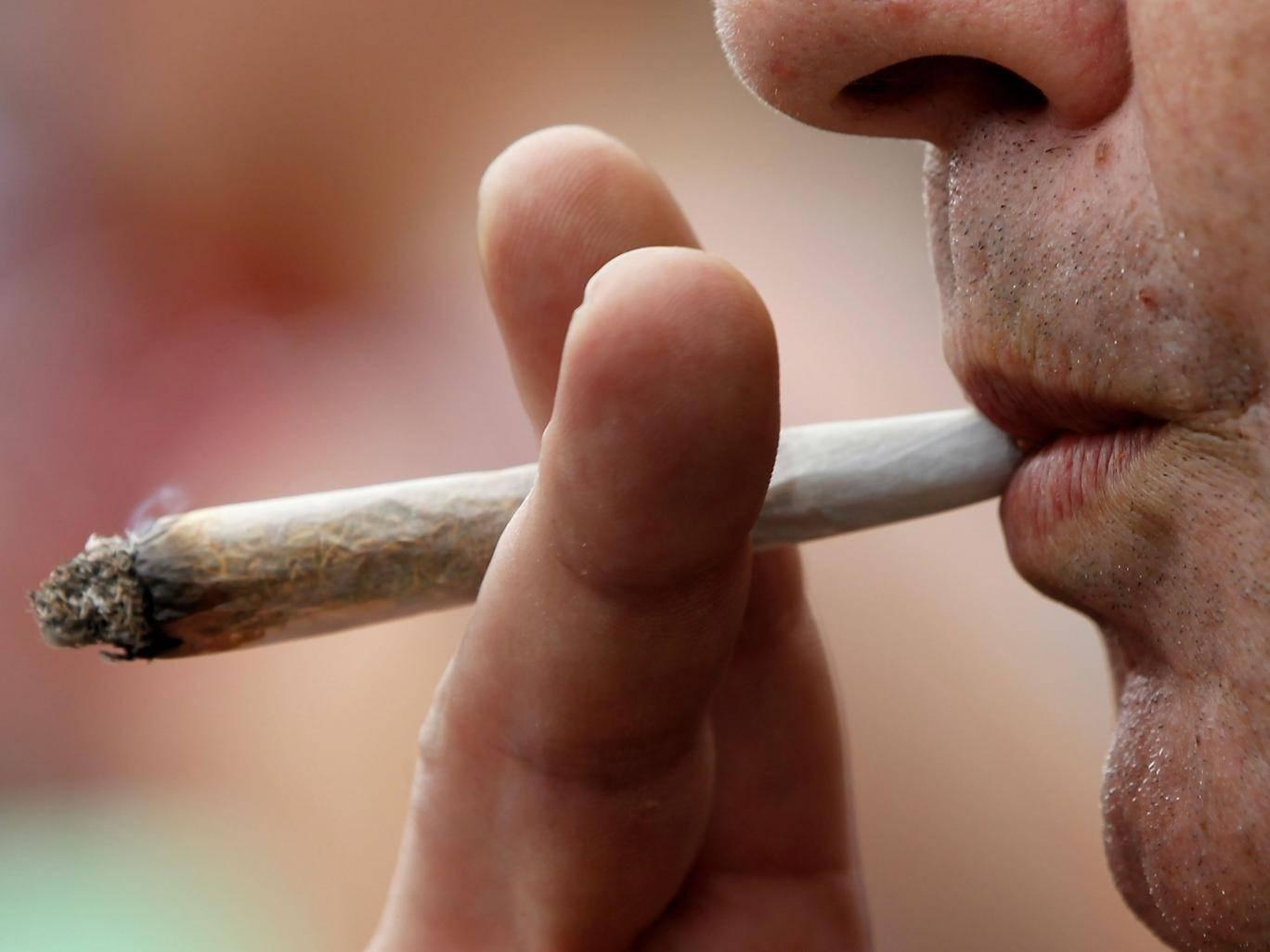 INDYPULSE
Marijuana users may be more likely to develop diabetes, research finds
People who use marijuana may be more likely to develop prediabetes than those who have never smoked it, according to new research.
A sample of more than 3,000 people in America found that adults who currently used marijuana were 65 per cent more likely to have poor sugar control which can lead to type 2 diabetes. Those who no longer smoked the drug but had used it 100 times or more in their lifetime had a 49 per cent greater chance of developing the condition.
The link was not affected by BMI and waist circumference, the paper published in Diabetologia (the journal of the European Association for the Study of Diabetes) found.
The authors, led by the University of Minnesota School of Public Health’s Mike Bancks, said: “Marijuana use, by status or lifetime frequency, was not associated with incidence or presence of diabetes after adjustment for potential confounding factors.
“However, marijuana use was associated with the development and prevalence of prediabetes after adjustment. Specifically, occurrence of prediabetes in middle adulthood was significantly elevated for individuals who reported using marijuana in excess of 100 times by young adulthood.
“These results contrast with those previously reported on marijuana use and metabolic health. Future studies should look to objectively measure mode and quantity of marijuana use in relation to prospective metabolic health.”
Despite showing a heightened incidence of prediabetes, the study failed to establish a direct connection to type 2 Continue reading 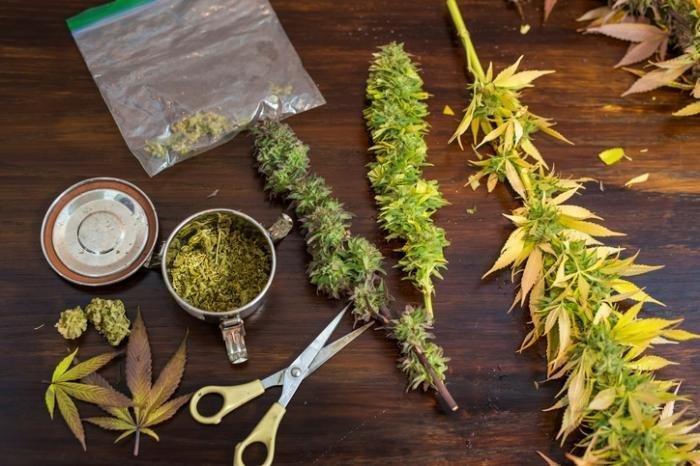 Marijuana has been used medicinally for thousands of years, although many people use it as a recreational drug too. Research now indicates marijuana may have medicinal properties that can provide benefits for diabetes, as well as other health conditions.
After alcohol, marijuana (also known as cannabis) is the most commonly used drug in the world. The United Nations World Drug Report 2016 estimate there are 182.5 million users globally.
This article explores the medicinal properties of marijuana and how its use might benefit people with diabetes. It also examines the potential downsides of using marijuana for people who have diabetes and what the legal status of the drug is.
Contents of this article:
Medicinal properties of marijuana
Compounds in marijuana are believed to be responsible for the health benefits associated with the plant. These are called cannabinoids.
Cannabinoids interact with receptors found in the central nervous system of the body. This can affect a number of processes such as:
mood
pain
memory
coordination
appetite
Of all the cannabinoids in marijuana, THC and cannabidiol (CBD) are the most commonly studied.
THC is the main psychoactive component in cannabis, producing the "high" associated with the drug. CBD is not considered psychoactive, but has a number of medicinal uses. As such, it is of interest to those considering marijuana for medical use.
Medical marijuana and synthetic drugs
The term "medical marijuana" means the use of the whole, unprocessed cannabis plant (or extracts from it) to treat certain health conditions.
It should be noted that the Continue reading