A new animal study published in the journal PLoS sheds light on a possible mechanism behind the weight- and diabetes-promoting properties of wheat observed in humans, and perhaps offers some vindication for Dr. William Davis' New York Times best-selling but heavily criticized book 'Wheat Belly,' wherein the argument is made that wheat is a major contributing factor to the epidemic of obesity and diabetes presently afflicting wealthier, gluten-grain consuming nations.
In the new study, researchers from The Bartholin Institute, Copenhagen, Denmark, explored the role that gliadin, a difficult to digest class of proteins within wheat, plays in promoting weight gain and insulin secretion in both animal and cell models, finding that gliadin-treated mice gained 20% more weight (by day 100) than gliadin-free controls, and that gliadin fragments induce insulin secretion in pancreatic beta cells, the cells responsible for producing insulin, and which in type 1 diabetes are destroyed or rendered dysfunctional.
Gliadin does not break down easily in the body because they are extremely hydrophobic ("water fearing"), and contain disulfide bonds (the same kind found in human hair and vulcanized rubber);[1] as a result, undigested wheat gliadin fragments can enter through the intestinal wall, gaining systemic access to the human body. This can result in inflammatory and autoimmune conditions, among many other possible negative health effects (note: we have documented over 200 adverse health effects associated with wheat exposure).
Gliadin fragments have even been found in mother's milk, ind Continue reading 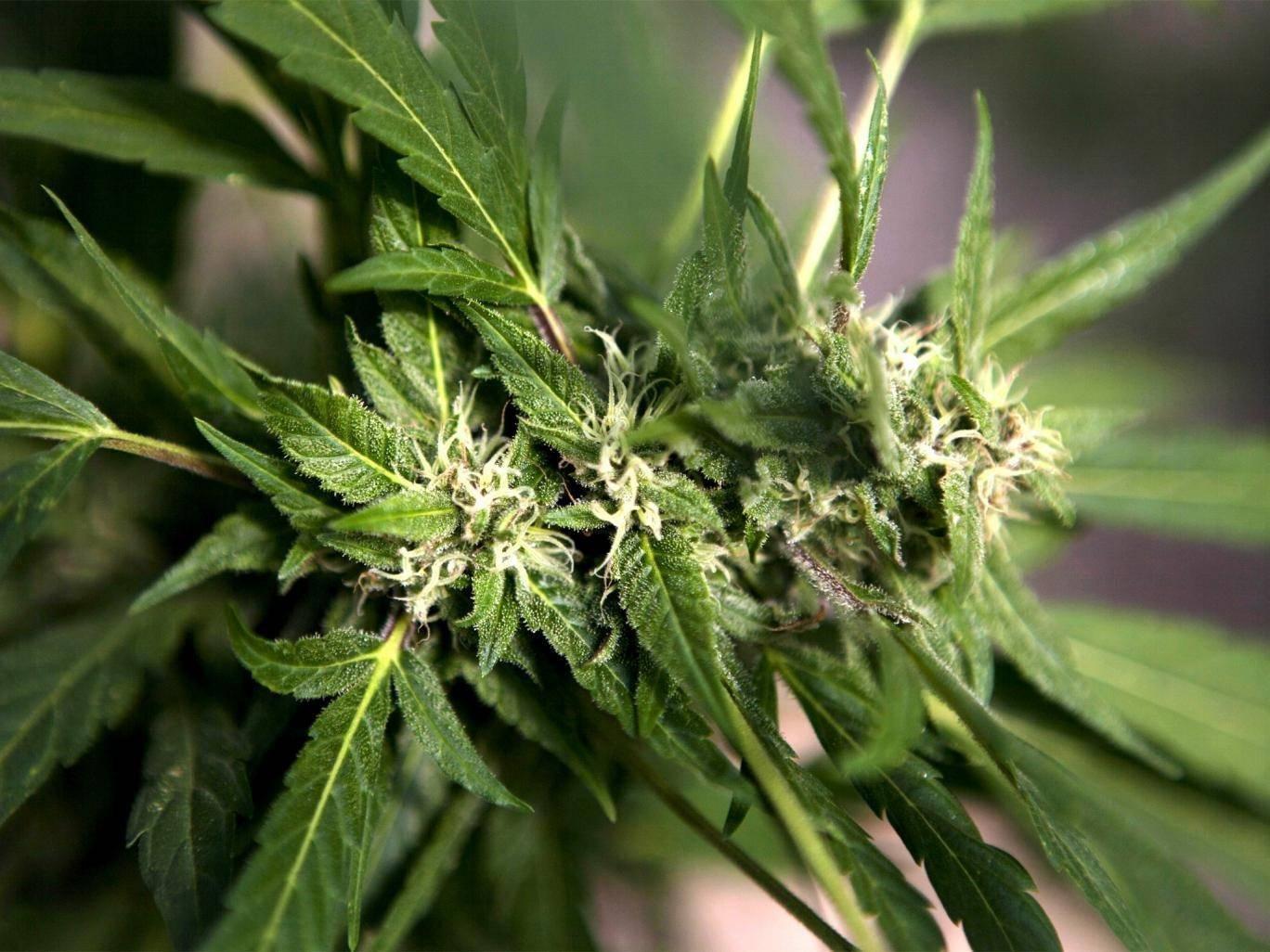 Cannabis linked to prevention of diabetes

INDYPULSE
Cannabis linked to prevention of diabetes
Smoking cannabis may prevent the development of diabetes, one of the most rapidly rising chronic disorders in the world.
If the link is proved, it could lead to the development of treatments based on the active ingredient of cannabis, tetrahydrocannabinol (THC), without its intoxicating effects.
Researchers have found that regular users of the drug had lower levels of the hormone insulin after fasting – a signal that they are protected against diabetes. They also had reduced insulin resistance. Cannabis is widely smoked in the United States with over 17 million current users of whom more than four million smoke it on a daily basis. In the UK latest figures show 2.3 million people used cannabis in the last year, but the numbers have declined in the last decade.
Two US states have recently legalised its recreational use and 19 others have legalised it for medical purposes by patients with one of several conditions including multiple sclerosis and cancer. THC has already been approved to treat the side effects of chemotherapy, nausea in cancer patients, anorexia associated with AIDS and other conditions.
The study involved almost 5,000 patients who answered a questionnaire about their drug use and were part of the National Health and Nutrition Survey between 2005 and 2010. The results showed almost 2,000 had used cannabis at some point in their lives and more than one in 10 (579) were current users. Only those who had used cannabis within the past month showed evidence of protection against diabetes, suggesting that the eff Continue reading 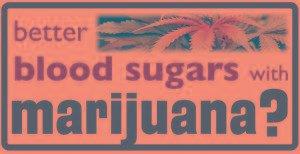 I am still grinning. Can you see me? Over 10 years back in 2005, we published a brief post here at the ‘Mine about how cannabis (yep: pot, grass, weed, ganja...) can be used to treat diabetes. Really, completely legit! And people have been flocking here ever since to learn more.
Now, at the kickoff of 2016, we’re updating that post with a bunch more detail. Seriously, there is a growing body of research (OK, much of it in animals) showing that cannabis can have a number of positive effects on diabetes.
It begins with that original 2005 research paper that we highlighted from the American Alliance for Medical Cannabis (AAMC), which purported that cannabis can have the following benefits for PWDs (people with diabetes):
stabilizing blood sugars (confirmed via "a large body of anecdotal evidence building among diabetes sufferers")
anti-inflammatory action that may help quell some of the arterial inflammation common in diabetes
"neuroprotective" effects that help thwart inflammation of nerves and reduce the pain of neuropathy by activating receptors in the body and brain
"anti-spasmodic agents" help relieve muscle cramps and the pain of gastrointestinal (GI) disorders
acts as a "vasodilator" to help keep blood vessels open and improve circulation
contributes to lower blood pressure over time, which is vital for diabetics
substituting cannabis butter and oil in foods "benefits cardiac and arterial health in general"
it can also be used to make topical creams to relieve neuropathic pain and tingling in hands and feet
helps calm diabetic "restless leg syndrome" (RLS), so the p Continue reading 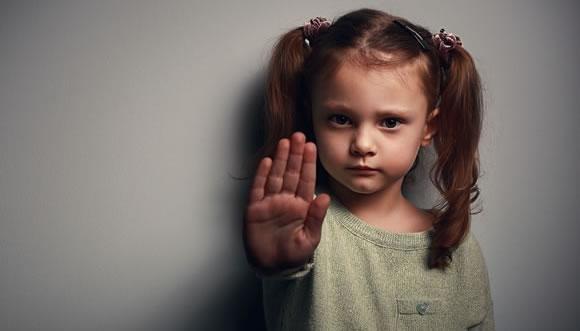 Nearly 30 million Americans live with diabetes; 86 million more have prediabetes and the epidemic keeps growing. Someone in the United States is diagnosed with diabetes every 23 seconds. And with every diagnosis, another American faces terrible life-threatening complications.
We can't wait. Join with us in asking Congress to stand up to diabetes.
Congress: Do your part to Stop Diabetes®:
Increase funding for the National Institutes of Health’s National Institute of Diabetes and Digestive and Kidney Diseases (NIDDK), the main federal agency that conducts research to find a cure and advance treatments for all types of diabetes. This investment in NIDDK is needed to prevent diabetes, improve care to prevent the devastating complications of diabetes, and – ultimately find a cure.
Fully support the Centers for Disease Control and Prevention’s Division of Diabetes Translation (DDT) in its crucial efforts to lessen the burden diabetes has on American families through education, understanding how diabetes impacts communities, and by translating science into real-world help.
Provide more resources for the National Diabetes Prevention Program (National DPP) a public-private partnership providing cost-effective, highly successful diabetes prevention programs for those at high risk for type 2 diabetes. Brought to scale, this program can dramatically reduce the number of new diabetes cases among the 86 million Americans with prediabetes. Continue reading 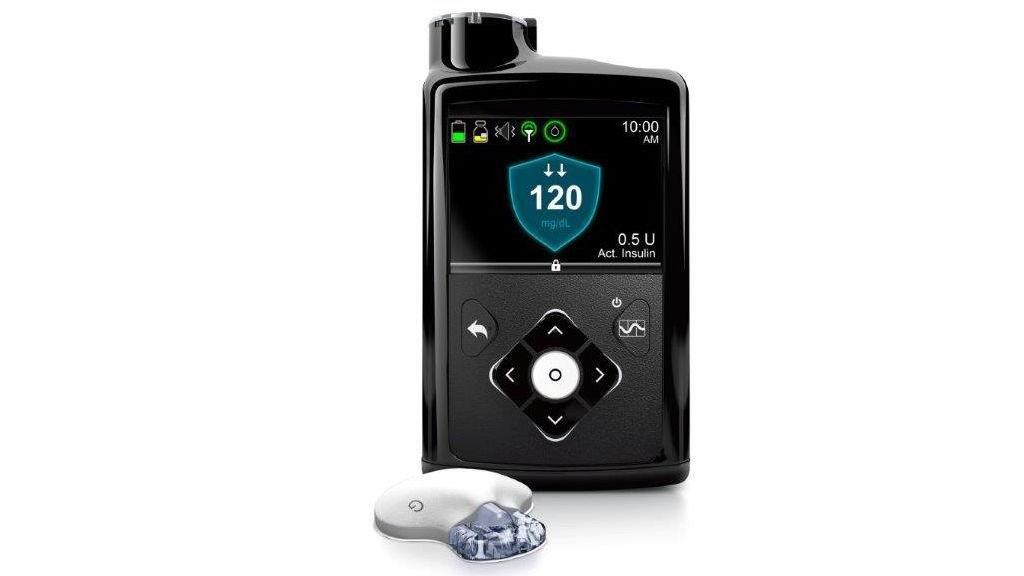 The Food and Drug Administration on Wednesday approved the first so-called artificial pancreas, an out-of-body device expected to lift the burden for some diabetics on the daily grind they must go through to keep their blood sugar levels stable. It will be available next spring for patients with type 1 diabetes who are over age 14.
The device, which looks like a smartphone, is designed to automatically monitor and administer the delivery of insulin for type 1 diabetes patients, whose ability to provide insulin naturally is impaired. It wirelessly links up an insulin pump and glucose monitor, allowing patients to partly turn over the process of testing and adjusting their blood sugar levels. It’s not unlike cruise control: Patients still have to manually control their glucose levels before they eat.
In the diabetes community, optimism about the new device is tempered by fears that it will command a high price tag that could put it out of reach for patients already grappling with the soaring cost of insulin. Medtronic, which developed the “MiniMed 670G,” has yet to announce how much it plans to charge. But spokeswoman Leslie Bryant said the company expects to offer it “at currently offered Medtronic pump system pricing” and is talking with health plans to “enable patient access.”
Medtronic’s application was approved on the back of a study that tested how 123 type 1 diabetes patients fared on the device. No patients reported developing complications like excess blood acids or low glucose levels that can result from poor monitoring of the disease.
Medtronic is a Continue reading