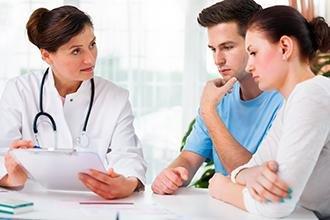 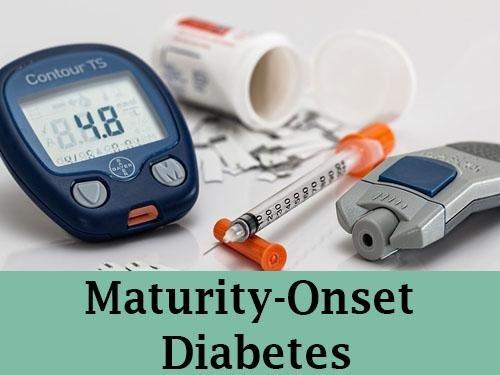 Maturity-Onset Diabetes of the Young (MODY)

Maturity-onset diabetes of the young or MODY is considered by many physicians and researchers to be a subset of Type 2 diabetes (T2D) and is often misdiagnosed as T2D.[1] Some estimates are that over 90% of MODY patients are misdiagnosed as having T2D because many physicians are not aware of the distinctions.[2] About 1-2% of all diabetes cases can be considered MODY. The terminology currently used can be confusing because MODY and T2D are very similar and the distinctions are still being studied. For example, there are least six different genes that when mutated or damaged can cause a form of MODY. However, only three are officially recognized as forms of MODY (MODY1, MODY2 and MODY3—see below). The others are not universally recognized. There are some distinct characteristics of MODY that can differentiate it from other forms of diabetes, but these are not often recognized as well because of the rarity of the conditions. These distinctions can be important because the different types of MODY respond better to different treatments.
The Basics
MODY is caused by a change in a single gene (monogenic) and can be passed from parent to child. Currently, there are 6 known genes that, when mutated or altered, can cause MODY. These genes are called:[3]
HNF4A (MODY1): This is the gene that codes for a protein known as Hepatocyte Nuclear Factor-4 Alpha gene. The protein produced by this gene switches other genes on and off. Babies with this mutation are often born with macrosomia—they are larger than normal (over 9 pounds). They also may have low blood sugar early in life. Adults Continue reading 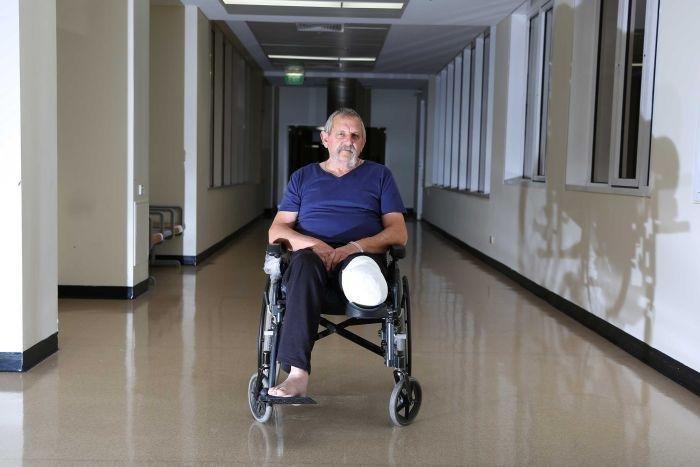 What began as a pin-hole sized lesion on the bottom of Alan Tillotson's foot quickly turned into a nasty infection, leading to the amputation of his leg.
Like many people with diabetes, the 65-year-old country Victorian truck driver isn't quite sure how the wound first developed.
It might have been something as minor as a small stone in his thong.
But poor circulation meant the tiny ulcer would not heal, and quickly turned into to a much larger problem.
"I was first diagnosed with diabetes when I went to have my eyes checked," he said.
"It wasn't until four years later, two years ago, that all the ulcers started. I'd come into hospital, they'd keep me in for three or four weeks. These ulcers kept on flaring up.
"The last ulcer affected the bone ... so it was either get rid of it earlier, or lose the whole leg completely."
Having already had his toes removed, Mr Tillotson decided to have his leg removed beneath the knee to prevent further spread.
His surgery is one of just an estimated 4,400 diabetes-related amputations occurring in Australia each year.
"It's a staggering number," Diabetes Australia CEO Greg Johnson said.
"Today in Australian hospitals, around 12 people will undergo a diabetes-related amputation ... it's something that's not understood by the public, and we really need to do more, because most of this is preventable."
According to Diabetes Australia, the problem is on the rise, and is the focus of this year's National Diabetes Week campaign.
People who have type 1 and type 2 diabetes are at risk.
However, there is no formal national reporting system to monit Continue reading 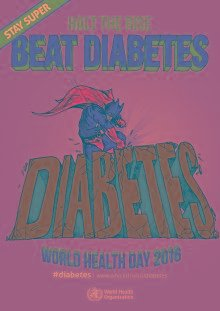 WHO designed these posters for use around the world during this year's World Health Day on 7 April. The campaign will focus on the rising tide of diabetes worldwide.
Halt the rise
More and more people are getting diabetes around the world. The increase is in great part driven by rising levels of overweight and obesity and physical inactivity, including among children.
A healthy diet high in fruits and vegetables and low in sugar and saturated fats can help prevent Type 2 diabetes, and also help people to manage Type 1 and Type 2 diabetes if they have it.
Being physically active – through at least 30 minutes of regular, moderate-intensity activity on most days – can help prevent Type 2 diabetes and its complications, as well as help people to better manage Type 1 and Type 2 diabetes if they have it.
If in doubt, check!
Symptoms for diabetes include thirst, hunger, weight loss, fatigue and blurred vision. However, many people who have diabetes do not have symptoms. If people think they might have the disease, consulting a health-care professional is recommended.
Follow medical advise
A range of treatments exists to manage diabetes and control blood glucose, including through eating healthy, being active, taking prescribed medication, controlling blood pressure, and avoiding tobacco use. People with diabetes can live well if they follow a treatment plan developed together with their health-care provider.
World Health Day roll-ups
Halt the rise
Be active
Eat healthy
Follow medical advice
If in doubt, check!
Follow medical advice
pdf, 11.23Mb Continue reading 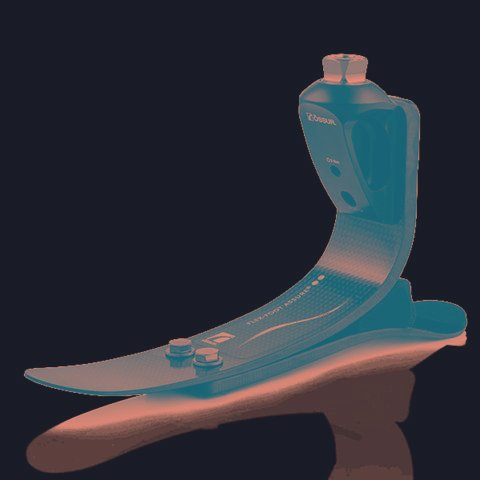 Prosthetics And Diabetes – Keeping Diabetic Patients On Their Own Two Feet

The occurrence of diabetes, already the leading cause of limb loss in the United States, is growing. Prosthetists, orthotists and pedorthists see more patients with diabetes than any other presenting condition. If any patient type can be described as the foundation of O&P practice in this country, it would be the older diabetic individual with peripheral sensory neuropathy.
Despite decades of progress in managing the disease, the course of diabetes still frequently culminates in varying degrees of lower-limb morbidity and ultimately amputation. An estimated 90,000 lower-limb amputations were performed on diabetic patients last year with vascular insufficiency secondary to diabetes as the predominant cause.
With other types of practitioners usually involved in diabetic limb care, we frequently do not see a diabetic patient until an infection, lesion or deformity has progressed to the point that amputation has become the best option, and we are engaged to provide prosthetic management. However, be assured our team is well prepared to help at risk patients preserve their intact limbs, be it one limb following amputation of the other… or both.
Another disturbing diabetes statistic reveals that up to 50 percent of surviving diabetic amputees will lose their contralateral limb within five years of an initial amputation. Our goal is not to add to that number. In the case of unilateral diabetic amputees, it is not uncommon to have rigorous orthotic-pedorthic management under way for the non-amputated leg while active prosthetic care is in progress.
Such is particularly the case d Continue reading