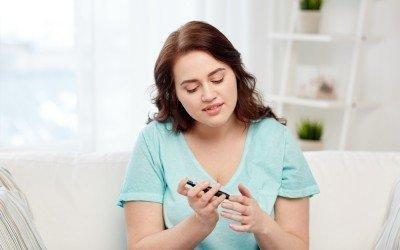 High blood glucose is the defining characteristic of diabetes: It’s what leads to a diagnosis of diabetes, and it’s what can lead to long-term diabetes complications if sustained over time. Consequently, the medicines prescribed to treat diabetes lower blood glucose in one way or another. Exercise, too, usually lowers blood glucose, which is one of the reasons it’s an important part of a diabetes treatment regimen. But too-low blood glucose, or hypoglycemia, is no good, either, since it can cause you to lose consciousness.
“Always bear in mind that your own resolution to succeed is more important than any other.” — Abraham Lincoln
Food raises blood glucose level, and certain other things can, too, such as illness and other forms of physical or mental stress. The challenge of managing diabetes, therefore, is to balance all of the things that can raise blood glucose (including the diabetes itself) with those that can lower it, so that your blood glucose level stays within a fairly narrow range. Staying in this range will not only help to prevent complications, but it will enable you to feel your best, both mentally and physically.
So what is that range, and how do you stay there?
Recommendations for blood glucose targets
Both the American Diabetes Association (ADA) and the American College of Endocrinology (ACE) have published recommendations regarding target blood glucose ranges. The ADA recommends aiming for a blood glucose level between 70 and 130 mg/dl before meals and a level lower than 180 mg/dl two hours after the start of meals. The ACE recommends a goal o Continue reading 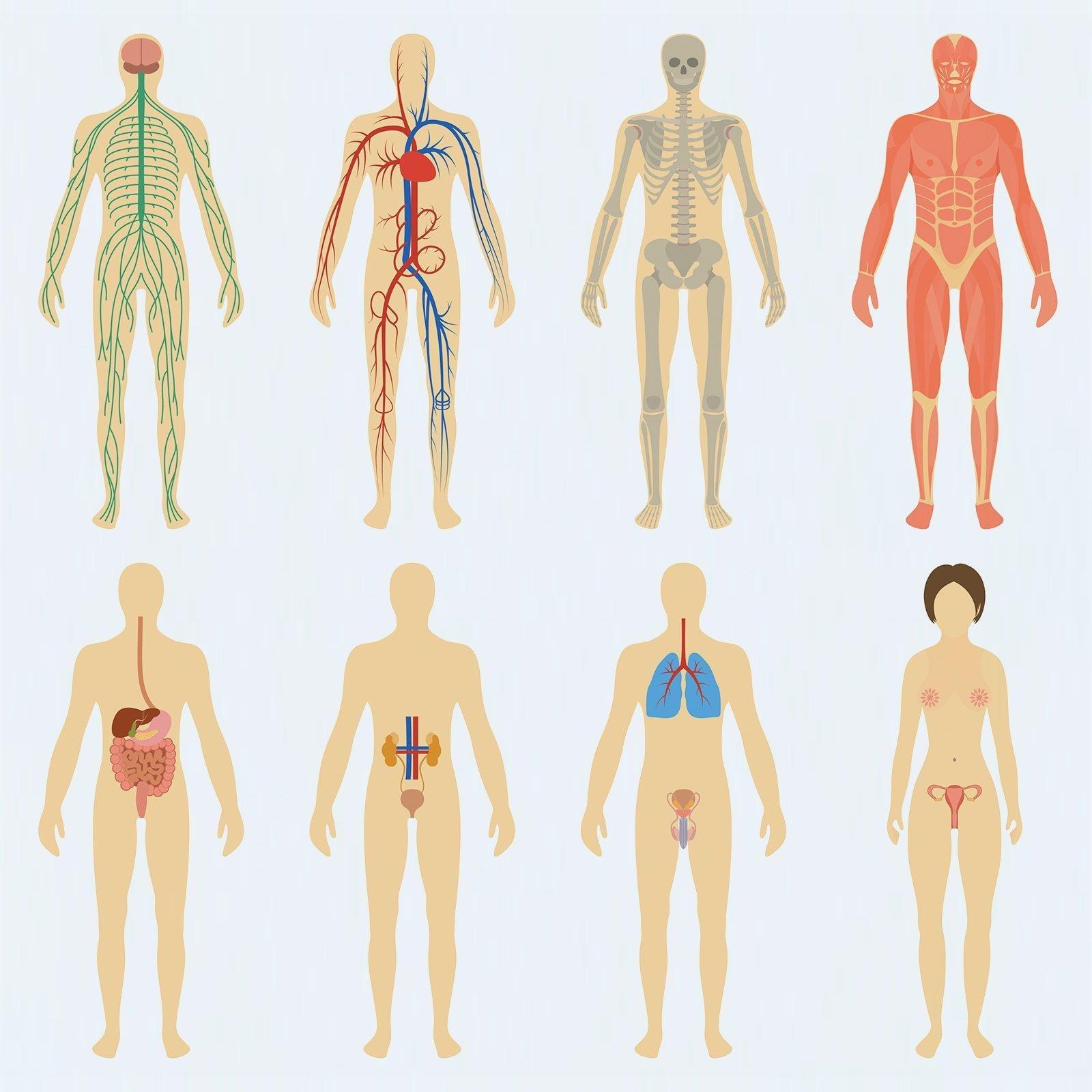 Complications of Diabetes – A Disease Affecting All Organs

We’re treating people with type 2 diabetes completely wrong – and it’s harming every organ in their bodies.
Hyperglycemia (high blood sugar) may be the hallmark of diabetes, but does not cause most of the morbidity (the harm of the disease). Blood glucose is fairly easily controlled by medication, but this does not prevent the long-term complications. Despite blood glucose control, damage occurs to virtually every organ system.
It would be difficult to find a single organ system NOT affected by diabetes. These complications are generally classified as either microvascular (small blood vessels) or macrovascular (large blood vessels).
Certain organs, such as the eyes, kidneys and nerves are predominantly perfused by small blood vessels. Chronic damage to these small blood vessels causes failure of these organs. Damage to larger blood vessels results in narrowing called atherosclerotic plaque. When this plaque ruptures, it triggers an inflammatory reaction and blood clots that cause heart attacks and strokes. When blood flow is impaired to the legs, it may cause gangrene due to reduced circulation.
There are other complications do not fall neatly into this simple categorization. A variety of diabetic complications are not obviously caused by injured blood vessels. These would include skin conditions, fatty liver disease, infections, polycystic ovarian syndromes, Alzheimer’s disease and cancer.
Microvascular Complications
Retinopathy
Diabetes is the leading cause of new cases of blindness in the United States, according to the Center for Disease Control in 2011.
Eye dis Continue reading 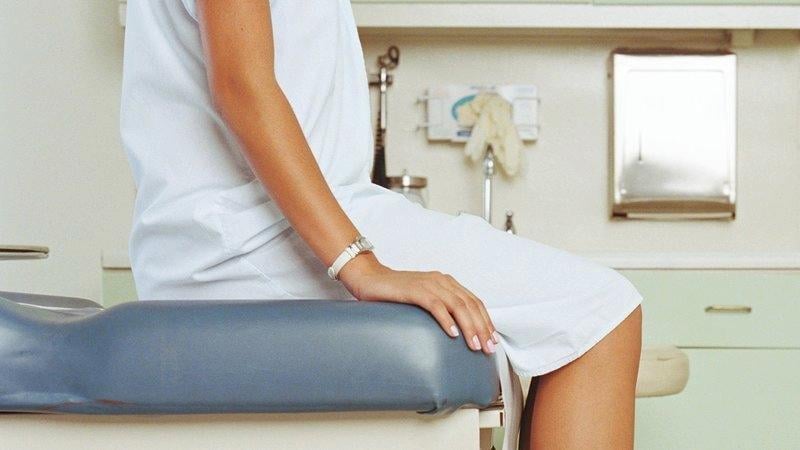 5 Strange Symptoms That Could Be Early Signs of Diabetes

Besides the well-known symptoms—like constant thirst and a frequent need to pee—here are a few other subtle signals that something may be wrong.
Many people who develop type 2 diabetes have no idea they’re sick until a blood test shows abnormal blood sugar levels, or until their disease progresses and serious complications start to occur. “For the most part, diabetes is silent and insidious,” says Ronald Tamler, MD, director of the Mount Sinai Clinical Diabetes Institute. “Most of the time people have no symptoms early on.”
In some cases, though, there are sneaky signs. Some early diabetes symptoms are well-known: constant thirst, excessive urination, or sudden weight gain or loss, for example. Others, like the ones below, are more easily missed—by medical professionals and patients alike. If you’re experiencing any of these, be sure to bring them up with your doctor.
Inflamed or infected gums
Periodontitis—also known as gum disease—may be an early sign of type 2 diabetes, according to new research published in the journal BMJ Open Diabetes Research & Care. The study found that people with gum disease, especially those with severe cases, had higher rates of diabetes (both diagnosed and undiagnosed) and pre-diabetes than those without.
The connection between gum disease and diabetes isn’t new, says Dr. Tamler, and it appears to go both ways: Having either condition seems to increase the risk of developing the other. “Inflammation caused by gum disease eggs on the same factors that are responsible for high blood sugar that cause diabetes,” he says. Continue reading 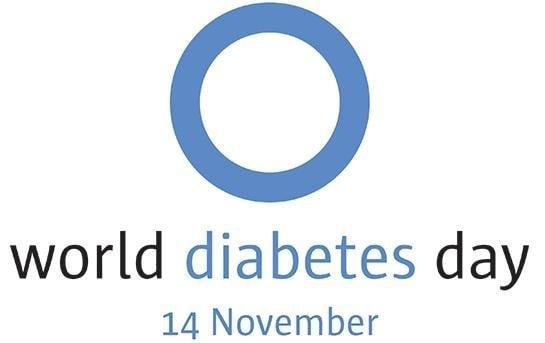 Diabetes is a chronic condition which has today affected millions of people across the globe. Not only this, the disease is still on the rise and is sure to affect thousands and millions of more people globally. Such is the spread of the disease that many call diabetes an epidemic disease now. Type 1 and Type 2 are the most important types of diabetes affecting lots of population in every country.
Realizing the above as well as understanding the importance of spreading awareness about diabetes, the World Health Organization and the International Diabetes Federation have together initiated a campaign wherein they celebrate November 14 of every year as the World Diabetes Day. Programs, campaigns, and events are held which help in spreading awareness about the disease.
Not many people are aware of this day. In this article, we deal with November 14 as the World Diabetes Day. Through the article, we shall know about the various facets which the world diabetes day deals with. So, join in for the article “World Diabetes Day-Fact, Theme, and History.”
When and Why is World Diabetes Day Celebrated?
World Diabetes Day is celebrated on 14th November each year. The main aim behind dedicating a day towards celebrating diabetes day is to educate and spread awareness amongst the general masses about diabetes, how to deal with the condition effectively, and to remove some of the myths associated with the chronic condition.
The International Diabetes Federation has taken the responsibility of organizing this day and holds campaigns, events, meetings, lectures, etc. in order to spread i Continue reading 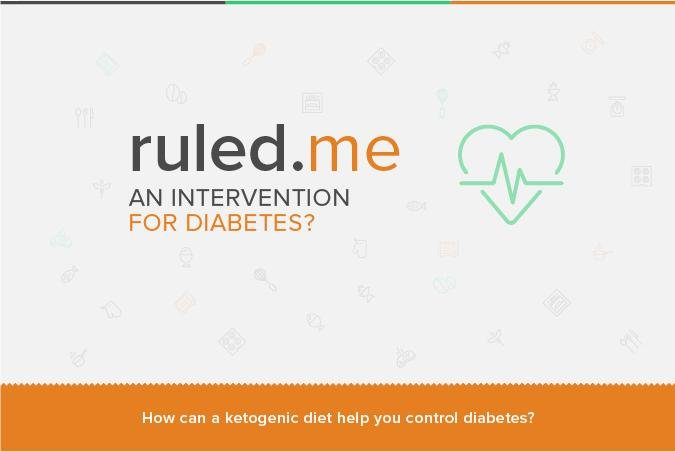 The Ketogenic Diet and Diabetes

The ketogenic diet was originally developed almost 100 years ago to treat epilepsy. Nowadays, it is used as a nutrition plan by health-conscious men and women to optimize body composition and athletic performance.
Recent research suggests that high fat, very-low carb diets have another benefit: They may help control glucose, triglycerides, insulin, and body weight in people with diabetes. The research below shows the ketogenic diet may be an effective tool you can use to manage symptoms of Diabetes, alongside exercise and medication.
Cutting through the Fat: What is Diabetes?
Before we get to research, we need to review some basic medical terminology. Diabetes is a group of metabolic diseases in which the body has elevated blood levels its main energy source: a sugar called glucose.
There are two reasons why this occurs. In some people, there is insufficient production of a chemical called insulin, a hormone produced by the pancreas that lower levels of glucose in the blood. People who suffer from low insulin levels have type I diabetes and they comprise approximately 5 to 10% of all diabetics. [1]
Type I diabetes is usually inherited and type I diabetics usually have to inject insulin to maintain proper levels of blood glucose. The other 90% to 95% of people with diabetes are type II diabetics. [1] In this version, the body doesn’t produce enough insulin for proper function or cells in the body do not react to insulin and take in sugar from the blood.
Type 2 diabetes is not inherited. However, lifestyle factors such as high body weight, poor exercise and eating habits al Continue reading