Tweet
In type 1 diabetes, the body doesn’t automatically respond to meals by releasing insulin, this has to be done manually through taking injections or through bolus doses via insulin pump.
If you’re looking to lose weight, this can give an advantage, in a way, as it allows you to review exactly how much insulin you’re taking each day.
By contrast, people without type 1 diabetes have no good way of knowing how much insulin they have in their body.
A good rule of thumb is that the more units of insulin you take per day, the more likely you are to put on weight.
See also more general advice in our guide to weight loss on a low-carb diet
Less insulin intake, improved weight management
Say Jill and Michelle are roughly the same height and both have type 1 diabetes. Jill is taking 50 units per day and Michelle is taking 100 units per day. Generally speaking, it’s more likely that Jill will be finding it easier to manage her weight than Michelle.
So, if you’re looking to lose weight, one way to achieve this is to modify your diet, or eating habits, so that you take less insulin whilst maintaining good blood control.
Warning note: We need to make an important safety note that reducing your insulin whilst letting glucose levels go high for long periods of time is not a good idea at all. Doing this will lead to a much greater risk of very serious health problems such as retinopathy, neuropathy and kidney disease.
Reducing insulin intake safely
There are a number of ways insulin intake can be reduced in a safe way:
Lower your carbohydrate intake
Lower your protein intake Continue reading

“Type 1 diabetes stops me from losing weight” is the number one excuse I hear when people say they are struggling to lose weight (seriously, my Instagram inbox is flooded with this statement/question). And while insulin can be a tricky hormone to work around when losing weight with type 1 diabetes, I’ve found that 99% of the time it is because their general dieting techniques are off.
Before reading my three nutrition tricks for losing weight with type 1 diabetes, make sure you are doing the following:
Weighing and tracking your food intake (My Fitness Pal)
Eating toward a specifically calculated calorie/macronutrient (IIFYM.com)
Combining aerobic & anaerobic training
If you aren’t following the above, it is most likely not your diabetes that is stoping you from losing weight– it is the lack of clarity and preparation for your goals.
Once you solidify your general nutrition foundation, now you can go to the next specific tactics related to diabetes management that will help you stay on track.
Carb Reserve
There is nothing worse than being on track to hit your calories and macros perfectly then being engulfed by an endless food-frenzy brought on by a bad low.
Hypoglycemia is a major reason why people go over their carb & calorie limits for the day as you need carbs to fix the low. But there is a way to work around this issue: Implementing a carb reserve.
A carb reserve is when you reserve 15-30 grams of your total daily carbs for a low blood sugar attack. For example, if your weight loss goal calls for 100 grams of carbs a day, act like you only have 85 grams of ca Continue reading 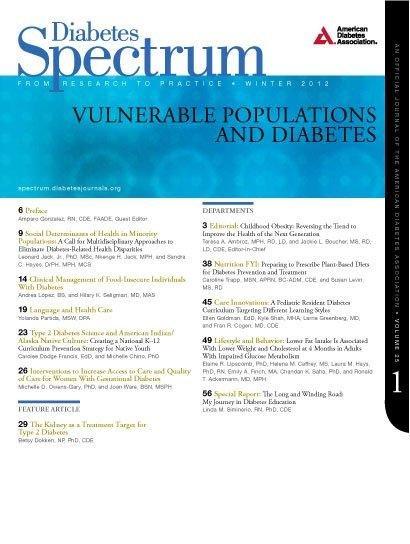 Preparing to Prescribe Plant-Based Diets for Diabetes Prevention and Treatment

The number of people worldwide with type 2 diabetes is expected to double by 2030.1 In the United States, diabetes affects ~ 26 million people of all ages, about one-fourth of whom are not yet diagnosed.2 Despite the availability of a wide range of pharmacological treatments and the best efforts of diabetes educators and other health care professionals, good control of diabetes and its comorbidities remains elusive for much of the population, as evidenced by rates of cardiovascular morbidity and mortality that are two to four times higher than those of people who do not have diabetes.2
Although dietary habits and body weight play undisputed roles in type 2 diabetes, the question of what eating pattern best addresses glycemia, cardiovascular risk factors, and weight control remains controversial. The uniform, calorie-controlled diabetic diet plans of the past have been replaced by individualized meal-planning approaches, and in more recent years, nutrition guidance has focused on carbohydrate counting and minimizing saturated and trans fats. With the release of the U.S. Department of Agriculture's 2010 Dietary Guidelines for Americans3 came praise for plant-based eating patterns, which have been extensively studied for weight management and disease prevention and treatment.
Individuals following a plant-based eating pattern typically consume fewer calories and less fat, saturated fat, and cholesterol and have lower BMIs than nonvegetarians. They also consume more fiber, potassium, and vitamin C. In prospective studies of adults, compared to nonvegetarian eating patterns, veg Continue reading 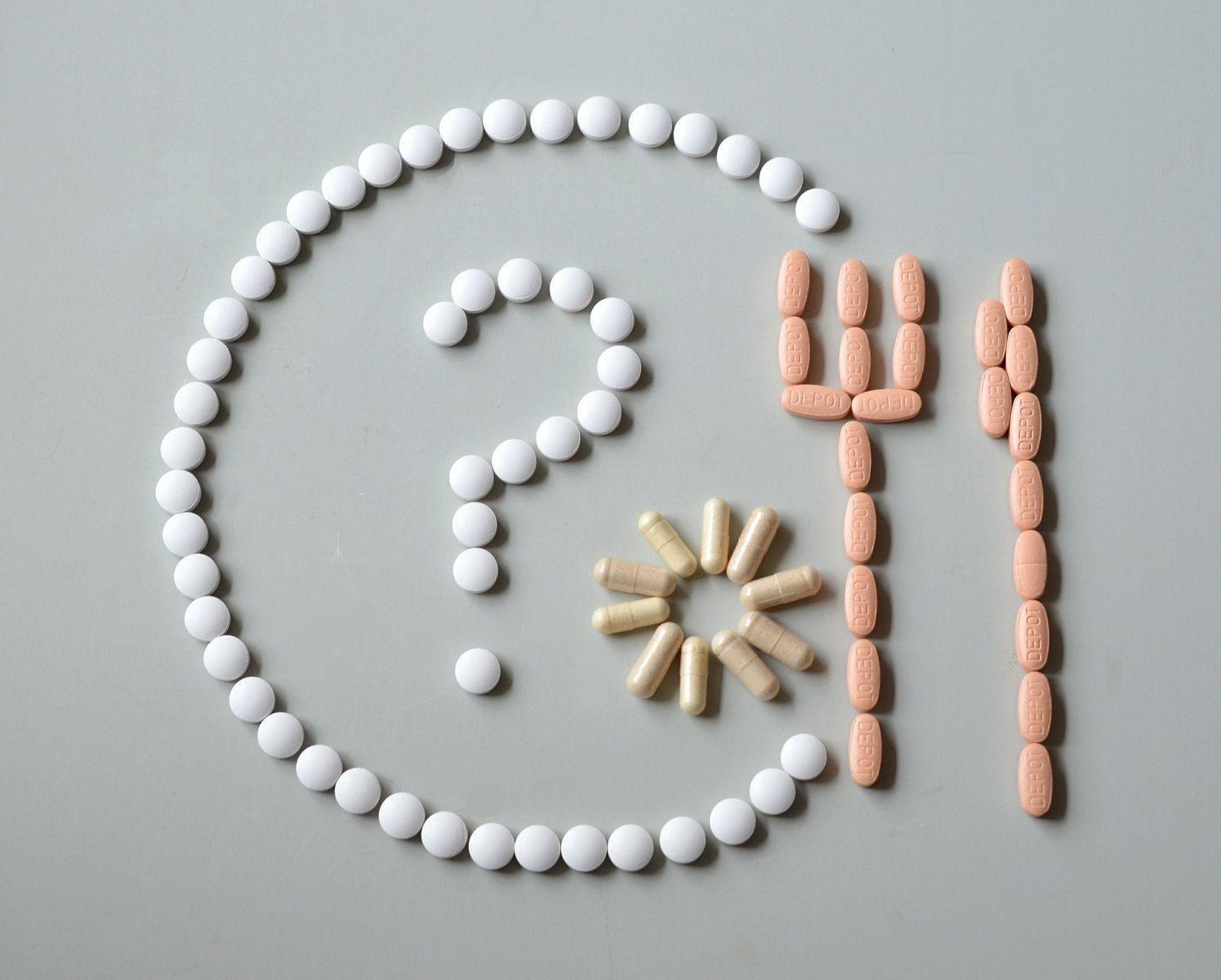 Can An Add-on Pill for Type 1 Diabetes Improve A1c and Weight Loss?

Trial results testing sotagliflozin and Farxiga in type 1 diabetes show greater A1c lowering and weight loss, plus continued conversation about small risk of DKA
Potential “add-on” (adjunctive) treatments for type 1 diabetes played a starring role at the 2017 EASD conference. Key trial results were announced for two non-insulin drugs that come in pill form, offering people with type 1 diabetes an exciting new option to manage blood sugars.
The DEPICT 1 examined the use of Farxiga, a once-daily pill (an SGLT-2 inhibitor) currently approved for treating type 2 diabetes but not type 1, while the inTandem3 study tested an SGLT-1/2 dual inhibitor, sotagliflozin, also a once-daily pill that has not yet been approved. While these studies are not meant to be compared to each other given the general lack of standardization in the world of trial design, they both add to the excitement about the possibility of adjunct therapies for people with type 1. Both studies reported A1c reductions and weight loss – great for the push to approve add-on therapies for type 1 – along with continued discussion about diabetic ketoacidosis (DKA). With these phase 3 trial results, the companies may now choose to submit the drugs to the FDA and pursue an “indication” for use in type 1 diabetes.
The pills are taken once daily and work independent of insulin, meaning they won’t require complicated dosing. Glucose is only excreted through the urine when blood sugars are high, and then the drugs stop working when glucose levels come down.
Read more below!
Jump to a section:
DEPICT 1
DEPICT 1 f Continue reading 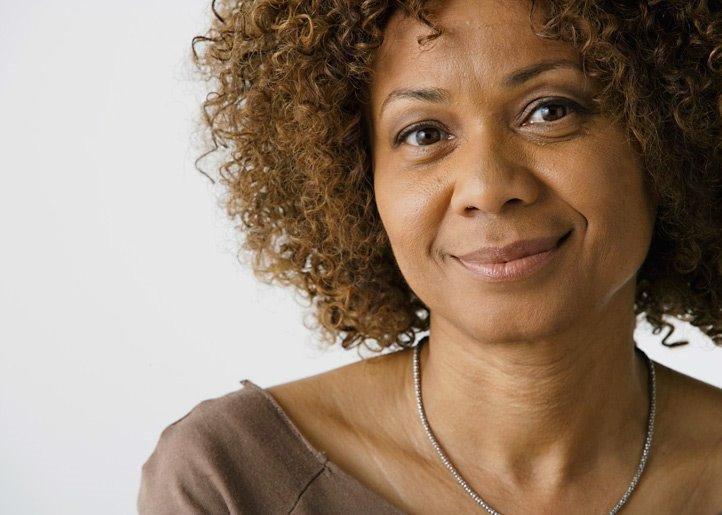 Are You at Risk for Type 2 Diabetes?

Xiidra is a prescription eye drop used to treat the signs and symptoms of dry eye disease.
The most common side effects of Xiidra include eye irritation, discomfort or blurred vision when the drops are applied to the eyes, and an unusual taste sensation. To help avoid eye injury or contamination of the solution, do not touch the container tip to your eye or any surface. If you wear contact lenses, remove them before using Xiidra and wait for at least 15 minutes before placing them back in your eyes.
It is not known if Xiidra is safe and effective in children under 17 years of age.
You are encouraged to report negative side effects of prescription drugs to the FDA. Visit http://www.fda.gov/medwatch, or call 1-800-FDA-1088.
© 2017 Shire US Inc., Lexington, MA 02421 1-800-828-2088. All rights reserved. S30572 06/17
Marks designated ® and ™ are owned by Shire or an affiliated company. Continue reading