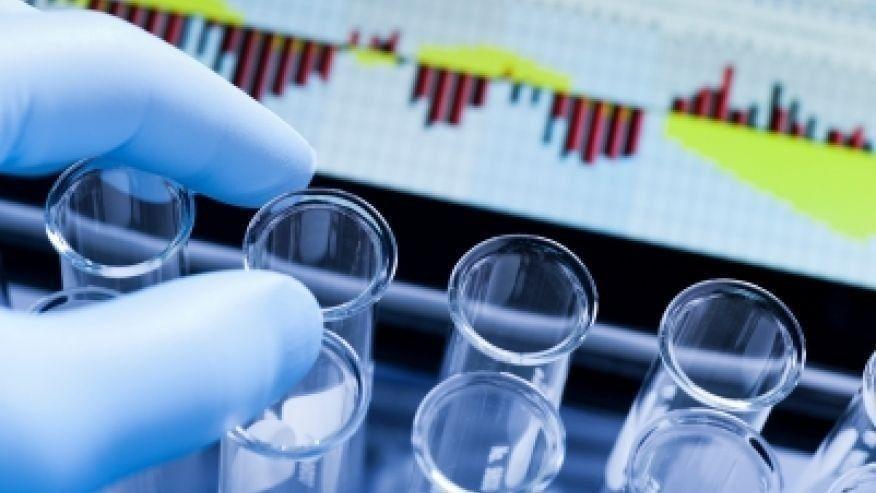 Johnson & Johnson, continuing its long quest for a Type 1 diabetes cure, is joining forces with biotech company ViaCyte to speed development of the first stem cell treatment that could fix the life-threatening hormonal disorder.
They've already begun testing it in a small number of diabetic patients. If it works as well in patients as it has in animals, it would amount to a cure, ending the need for frequent insulin injections and blood sugar testing.
ViaCyte and Johnson & Johnson's Janssen BetaLogics group said Thursday they've agreed to combine their knowledge and hundreds of patents on their research under ViaCyte, a longtime J&J partner focused on regenerative medicine.
The therapy involves inducing embryonic stem cells in a lab dish to turn into insulin-producing cells, then putting them inside a small capsule that is implanted under the skin. The capsule protects the cells from the immune system, which otherwise would attack them as invaders - a roadblock that has stymied other research projects.
Researchers at universities and other drug companies also are working toward a diabetes cure, using various strategies. But according to ViaCyte and others, this treatment is the first tested in patients.
If the project succeeds, the product could be available in several years for Type 1 diabetes patients and down the road could also treat insulin-using Type 2 diabetics.
"This one is potentially the real deal," said Dr. Tom Donner, director of the diabetes center at Johns Hopkins University School of Medicine. "It's like making a new pancreas that makes all the hormones" need Continue reading 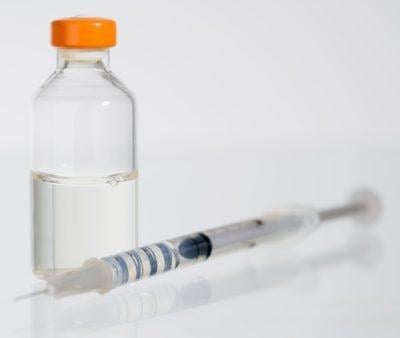 Diabetes Type 3—which is regarded as “brain” specific diabetes—is a dangerous diabetes hybrid that was first discovered in 2005. A study, which was conducted at Brown University Medical School, suggests the brain produces insulin in a way that’s similar to the pancreas. A problem with insulin production in the brain is thought to result in the formation of protein “plaque”—not unlike that which is found among suffers of Type 1 (insulin-dependant) and Type 2 diabetes (insulin-resistant). But in the case of diabetes Type 3, plaque appears in the brain and leads to memory loss and problems forming memories.
Video of the Day
When it comes to the body, insulin is responsible for helping to convert food to energy. The brain uses insulin, too, but it’s thought insulin’s primary purpose in the brain is to form memories at synapses (the spaces where cells in the brain communicate), notes Time.com. Neurons save space for insulin receptors; insulin makes way for memories to form. In order for the brain to keep making more brain cells, it needs insulin. When insulin receptors flee—as is the case with sufferers of diabetes Type 3—the brain does not receive the energy it needs to form memories.
Alzheimer’s Connection
According to a research team at Northwestern University, insulin may prevent or slow memory loss among those with Alzheimer’s disease by protecting the synapses that form memory. Those with the disease tend to have lower insulin levels and are insulin-resistant. The team found that the reason memory fails when insulin shortage occurs is because am Continue reading 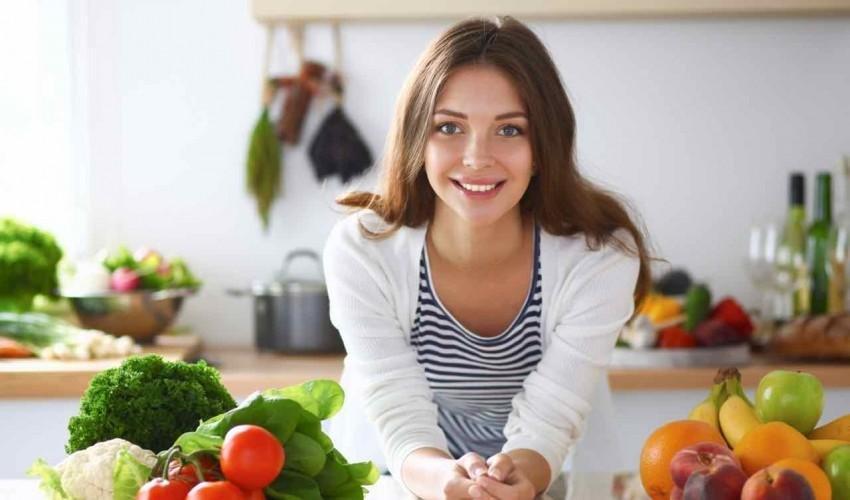 Diet and lifestyle habits are the major cause for the onset of diabetes and its after effect. It is rather estimated by WHO that 69 millions Indians are diabetic and the condition is going to become worse by 2025.
[If you are a diabetic, have a look at our diabetes reversal program as well.]
The indian diet plan is one of the big reason for obesity and further to obesity as it is low in fibre and protein. Lean proteins like chicken and fish should also be included in the diet along with high-fiber foods. The protein intake should have all the 9 essentials amino acids and less saturated fats which might risk your heart.
Apart from protein, diabetes diet chart should be rich in fibre since it slows down the digestion of food thus controlling the spikes in the blood sugar level.
Carbohydrates in our food are broken down to sugar (glucose) in the bloodstream. A proper diet routine needs to be followed. Eating wise, healthy and at regular intervals is a must for diabetic patients.
Vegetables especially green leafy vegetables should form a major part of the diet plan as they are a rich source of nutrients required by the body. The whole idea is to eat optimum amount with necessary ingredients to make sure the sugar levels in the blood are maintained. One important factor to be kept in mind while deciding on a food chart is the glycemic index (GI) of the food item. GI indicates the rise in blood sugar a particular food item causes. Foods with low GI are recommended. Sugary drinks, dairy products, and alcohol should be avoided.
5 Myths About Diabetes Diet Plan
1) Diabetes drug can Continue reading 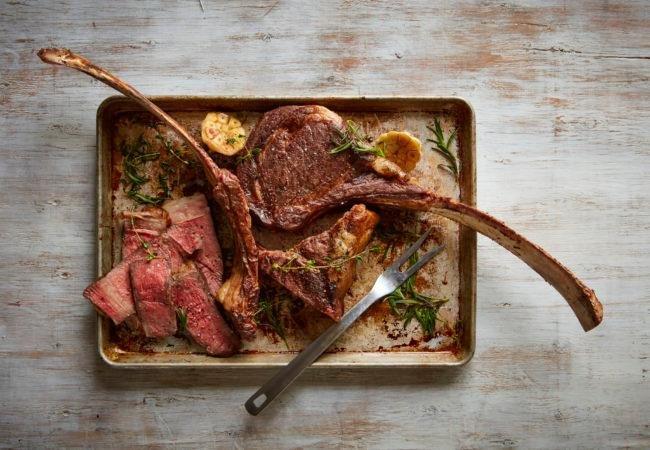 How to Reduce Your Risk of Diabetes: Cut Back on Meat

You probably know that eating too much sugar and fat increases your risk of getting type 2 diabetes. But research increasingly shows that a food you might not expect — meat — can dramatically raise your chances as well.
Your body needs protein. But if you have diabetes or a risk of diabetes it’s wise to cut back on your meat intake to improve your health.
A growing body of research
A recent study from the Journal of the American Medical Association examined the deaths of nearly 700,000 people in 2012 from heart disease, stroke and type 2 diabetes.
They found that nearly 50 percent of the deaths were related to poor nutritional choices. For people who already had diabetes, their risk of death increased if they consumed more processed meats.
Another study released this spring from researchers in Finland analyzed the diets of more than 2,300 middle-aged men, ages 42 to 60. At the outset, none of the participants had type 2 diabetes. In the follow-up, after 19 years 432 participants did.
Researchers found that those who ate more animal protein and less plant protein had a 35 percent greater risk of getting diabetes. This included any kind of meat — processed and unprocessed red meat, white meats and variety meats, which include organ meats such as tongue or liver.
The study concluded that choosing plant and egg proteins may help prevent type 2 diabetes.
And a final study out of Harvard University found that people who ate a single serving of red meat each day had a 19 percent higher risk of getting type 2 diabetes than those who didn’t. An even smaller-sized serving o Continue reading 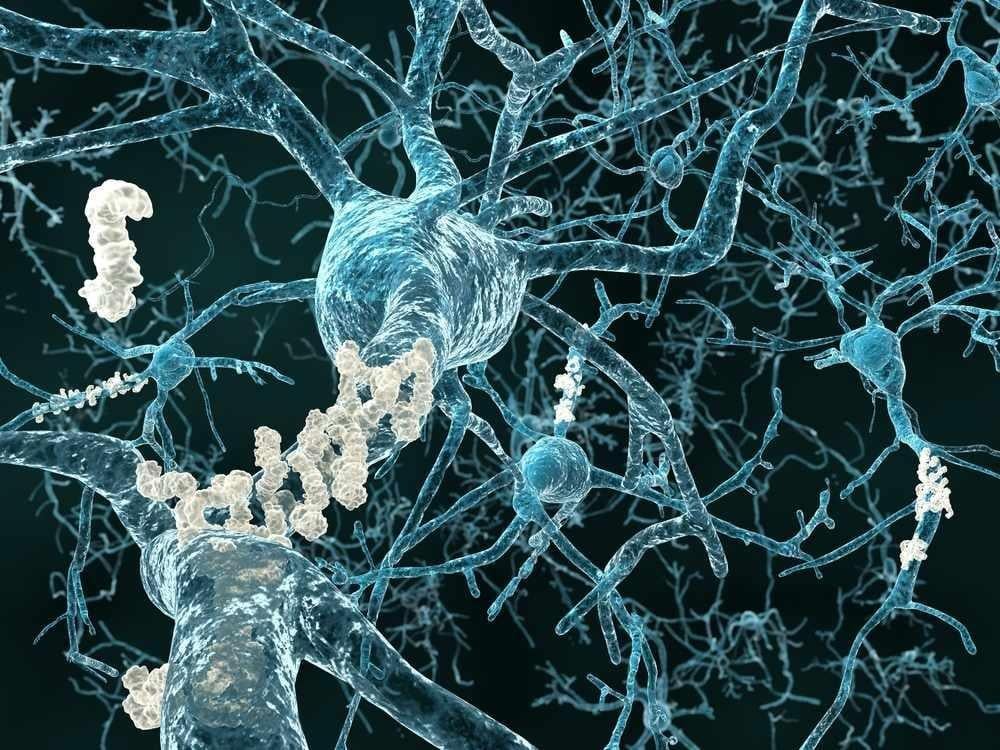 Researchers have known for several years that being overweight and having Type 2 diabetes can increase the risk of developing Alzheimer’s disease. But they’re now beginning to talk about another form of diabetes: Type 3 diabetes. This form of diabetes is associated with Alzheimer's disease.
Type 3 diabetes occurs when neurons in the brain become unable to respond to insulin, which is essential for basic tasks, including memory and learning. Some researchers believe insulin deficiency is central to the cognitive decline of Alzheimer’s disease. Mayo Clinic’s Florida and Rochester campuses recently participated in a multi-institution clinical study, testing whether a new insulin nasal spray can improve Alzheimer’s symptoms. The results of that study are forthcoming.
But how is this tied to the Alzheimer’s gene APOE?
A new study from Guojun Bu, Ph.D., a Mayo Clinic neuroscientist and Mary Lowell Leary Professor of Medicine, found that the culprit is the variant of the Alzheimer’s gene known as APOE4. The team found that APOE4, which is present in approximately 20 percent of the general population and more than half of Alzheimer’s cases, is responsible for interrupting how the brain processes insulin. Mice with the APOE4 gene showed insulin impairment, particularly in old age. Also, a high-fat diet could accelerate the process in middle-aged mice with the gene. “The gene and the peripheral insulin resistance caused by the high-fat diet together induced insulin resistance in the brain,” Dr. Bu says. Their findings are published in Neuron.
Journalists: Broadcas Continue reading