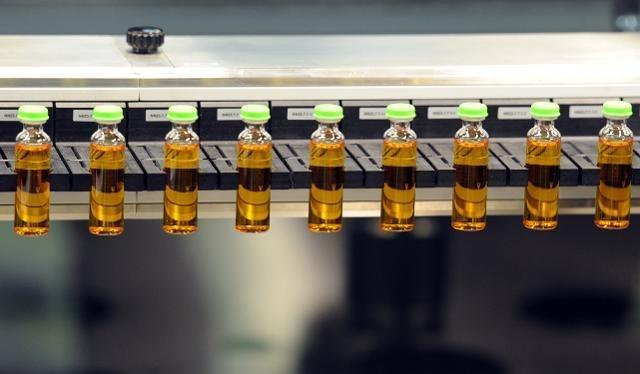 It now costs $10,000 or more per person annually to treat someone with diabetes than someone who doesn’t have the chronic disease, according to a new analysis of large insurance company claims data.
The Health Care Cost Institute, a Washington-based group backed by some of the nation’s largest insurance companies including UnitedHealth Group UNH -0.18%
(UNH), (HUM) (AET) and says that spending per capita on health care for people with diabetes was just shy of $15,000 in 2013. By comparison, $4,305 was spent in the same year on people who didn't have diabetes, according to claims information for people under age 65 with employer-sponsored insurance from data provided to the group.
The report is the latest push from insurance companies to use their vast claims data to point out areas of rising costs and the reasons behind it. The Blue Cross and Blue Shield Association, which represents Anthem (ANTM) and myriad other Blue Cross and Blue Shield companies, has been issuing more reports of late as well showing cost differences for treatments and surgeries and how they vary across the country. (See related gallery from Blue Cross on knee and hip surgery costs.)
In the institute’s diabetes report, the insurers and their data point to expensive new brand name insulin and other prescription medications as a key driver in the diabetes costs per capita that jumped 4 percent in 2013 to $14,999 from $14,404 in 2012. Costs for people without diabetes rose to $4,305 in 2013 from $4,146.
“We’re seeing spending on anti-diabetic medication and insulin specifically and branded versio Continue reading 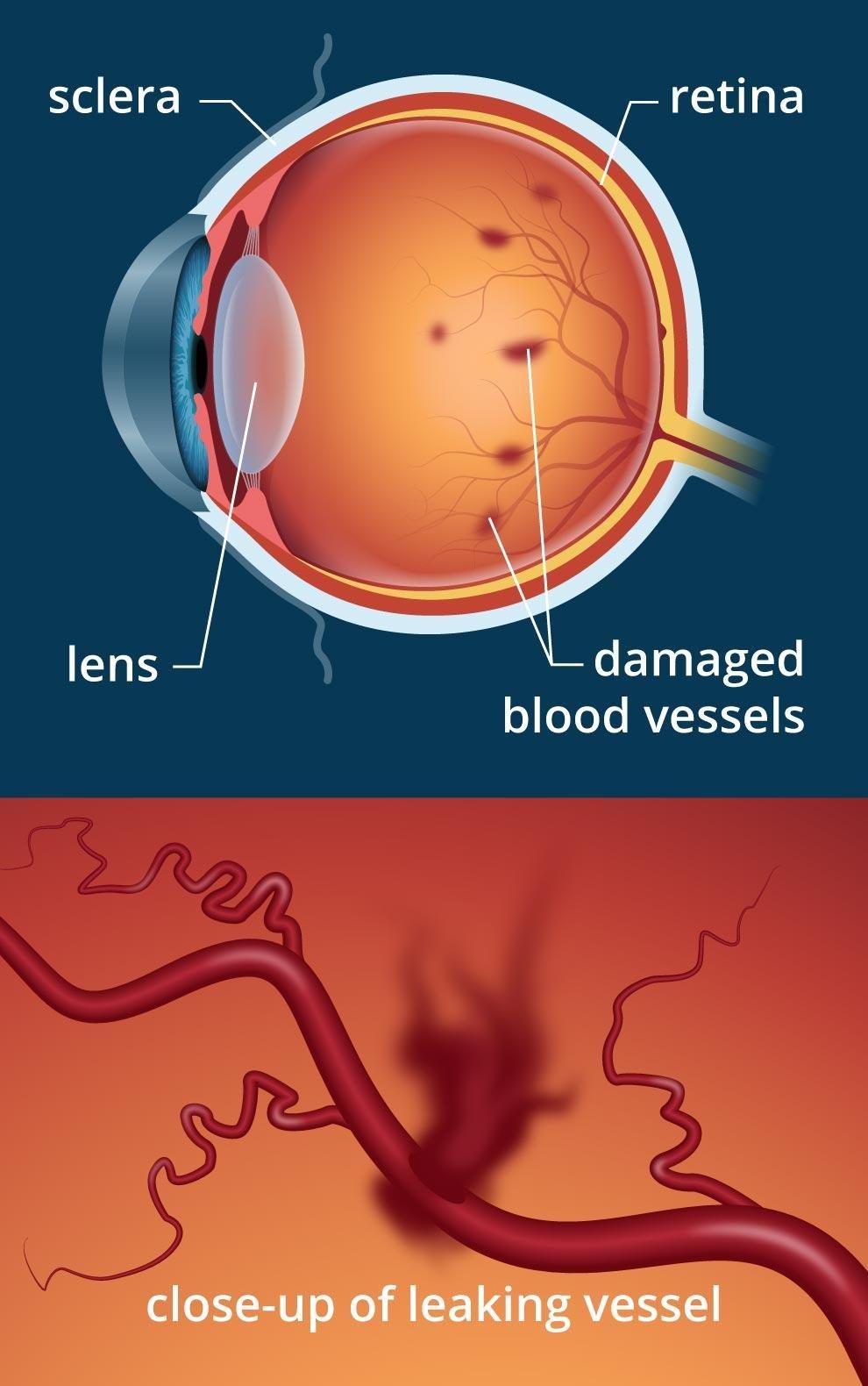 Q&A Menu
To find the Q&As most helpful to you, please click on one of these subjects:
How Does Diabetes Affect Eyes?
Q: How does diabetes affect your eyes? — L.L., Connecticut
A: Diabetes causes problems in the retina with what are collectively called microvascular abnormalities. The small blood vessels develop microaneurysms and leak blood. New blood vessel growth (neovascularization) occurs. Unfortunately, these blood vessels are weak and also leak. These leaks (hemorrhages) can cause irreversible damage to the retina and permanent vision loss.
Patients with controlled diabetes do better than those with uncontrolled diabetes. However, even a person whose diabetes is under perfect control can still develop diabetic retinopathy — hence, the need for yearly retinal exams. — Dr. Slonim
Q: Does diabetic retinopathy get progressively worse? — F.R.
A: Yes. When left unrecognized and untreated, diabetic retinopathy can get worse and eventually lead to blindness. Diabetic retinopathy can even get worse despite use of the best treatments that currently exist for it. — Dr. Slonim
Q: My father has type 2 diabetes and he is seeing double. We went to the hospital about a week ago and they said the diabetes had affected a nerve on the right eye. Can medicine get his sight back to normal? — W.C.
A: Diabetes can affect any one of the three cranial nerves that are responsible for movement of the eyes. Diabetes is one of the more common conditions associated with sixth nerve (Abducens nerve) palsies. Paralysis of this nerve affects the lateral rectus muscle that allows the eye t Continue reading 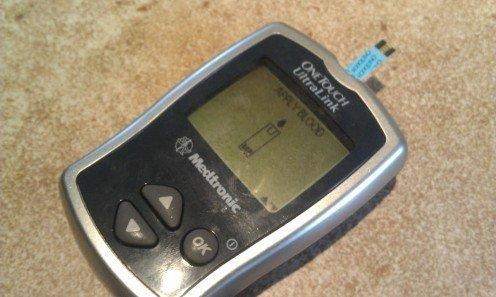 Why Diabetes Test Strips are So Expensive

Diabetes Test Strips are the Most Expensive RX for Diabetics
I have been diabetic for nearly 10 years. I have Type 1 diabetes, which means that I am 100% insulin dependent and there is no "cure" for my disease, no matter how much I diet or exercise. An auto-immune reaction attacked the healthy beta cells in my pancreas, killing them off for good so that they will never make insulin again.
Because insulin is such a powerful drug, it is easy to overdose, causing life threatening hypoglycemia. Type 1 diabetics must calculate the amount of insulin to dose, based on a number of factors including: (1) how many carbohydrates will be ingested; (2) how long it has been since the last insulin shot; (3) activity level; and (4) stress level.
You might think that insulin would be the most expensive prescription for diabetics. Or perhaps glucose meters.
Nope. You can dose yourself and own a meter and lancet to poke your finger to measure blood sugar levels. However, without diabetes test strips, a diabetic cannot effectively manage this serious disease. Inexplicably, the test strips are the most expensive item that is required for diabetics to properly manage their disease.
I find this frustrating, to say the least. Not only because I am out-of-pocket additional funds (even with health insurance it runs me about $75 per month), but because my insurance company doubts my dedication to frequent testing to keep me healthy - and alive. Every time, I seek to refill my prescription, I get grief.
Why is this? Why are diabetes test strips so expensive?
Some People Sell Excess Diabetes Test Strip Continue reading 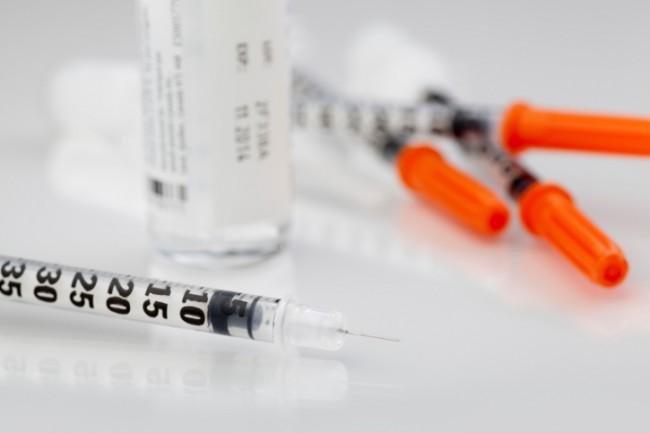 Recently, Glu published a Call to Action to the Centers for Disease Control and Prevention (CDC), in response to their recent report highlighting a significant reduction in newly diagnosed cases of diabetes. Although it appeared to represent significant progress in reducing the global obesity epidemic, the report was soon regarded as problematic, largely due to the lack of distinction between type 1 diabetes (T1D) and type 2 diabetes (T2D) within their data set.
Many from the diabetes community weighed in on the importance of separating T1D and T2D in media reports—highlighting differences in origin, treatment, and challenges. Most of us would agree that this dialogue was long overdue. After all, T1D and T2D are two separate diseases—right? Well, that’s where things get complicated. While there remains a great deal of confusion around the differences between T1D and T2D, there is a unique set of individuals dealing with a third option—a condition known as double diabetes.
What Is Double Diabetes?
The term “double diabetes” was first introduced in 1991, when a research study1 showed that participants with T1D who had a family history of T2D were more likely to be overweight and have difficulty achieving optimal glycemic control. Since this study was published, researchers have conducted numerous epidemiological studies on this topic.
As the name suggests, double diabetes is a condition characterized by features of both T1D and T2D2. It can exist in many forms, such as a person living with T1D who develops insulin resistance or a person with T2D who has autoantibo Continue reading 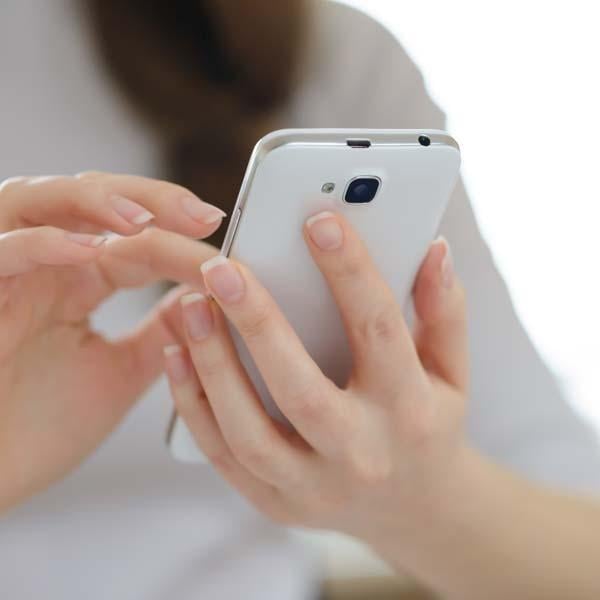 Many people are not exactly aware of what diabetes is. We may have heard about it on the news or through a family friend who has it, however, that doesn’t mean everyone knows what it is, how you get it and how to manage it.
Diabetes is a chronic condition that affects the way the body processes blood sugar otherwise known as your glucose level. Diabetes occurs when the pancreas produces little or no insulin which is why it has to be checked often. If not managed properly, your sugar can be too high or too low which can cause blurred vision, upset stomach and dizziness.
For the people that have been diagnosed with this chronic illness, it is imperative that they are continually checking their sugar levels, watching what they eat and keeping up with daily exercise.
Uncontrolled diabetes can lead to harmful and life-threatening issues. Some of the complications of diabetes include but which are not limited to damaging blood vessels that lead to your heart, eyes, kidneys and even nerves.
If this gets out of hand it can lead to strokes, vision loss, heart attack and even permanent nerve damage. Diabetes is not something to be taken lightly and needs constant attention. Fortunately for us, we now live in a cyber world in which tracking out diabetes has never been easier especially with these top apps.
Fooducate
This app has gotten a four and a half-star review for its ability in being not only a weight loss coach but also for monitoring your carbs, exercise, hunger, sleep schedule and moods.
This app also explains pros and cons of certain food which helps you better understand Continue reading