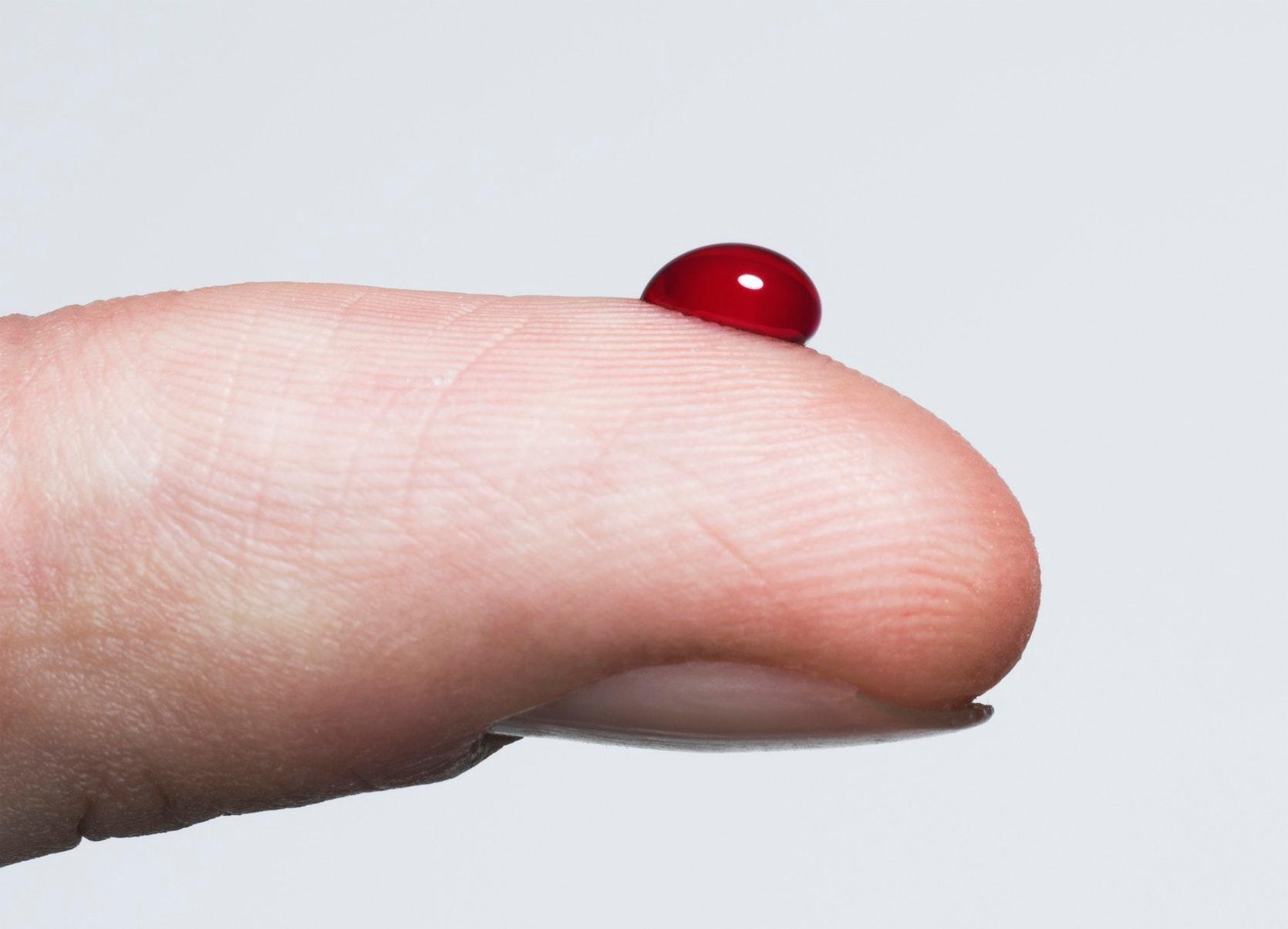 Global warming could be fanning the worldwide diabetes epidemic, according to a study published this week in the journal BMJ Open Diabetes Research & Care. However, it’s a conclusion that has been questioned by others in the field.
The researchers, led by Lisanne Blauw of the Department of Medicine at Leiden University Medical Centre in Germany, found that a 1°C rise in ambient temperature could be responsible for 100,000 annual cases of diabetes in the US alone.
Diabetes affects 415 million people across the globe. The condition is a major cause of stroke, kidney disease and heart attack. The World Health Organisation (WHO) predicts it will be the seventh highest cause of death by 2030.
To arrive at their unsettling conclusion, Blauw’s team analysed data from the US Diabetes Surveillance System across all US states and territories between 1996 and 2000, and from 190 countries included in the WHO Global Health Observatory.
The authors used data on mean annual temperature from the US National Centre for Environmental Information and the Climatic Research Unit at the University of East Anglia. They found that for every 1°C rise in temperature the US incidence of diabetes rose by 0.314 cases per 1000 people and the global prevalence of glucose intolerance went up by 0.17%, or 1.7 per 1000 people. The results held after adjusting for the effects of obesity.
But how could a warming planet possibly make diabetes worse? The researchers speculate that it might all come down to a little known site of body fat storage called brown adipose tissue (BAT). In cold weather BAT gets Continue reading 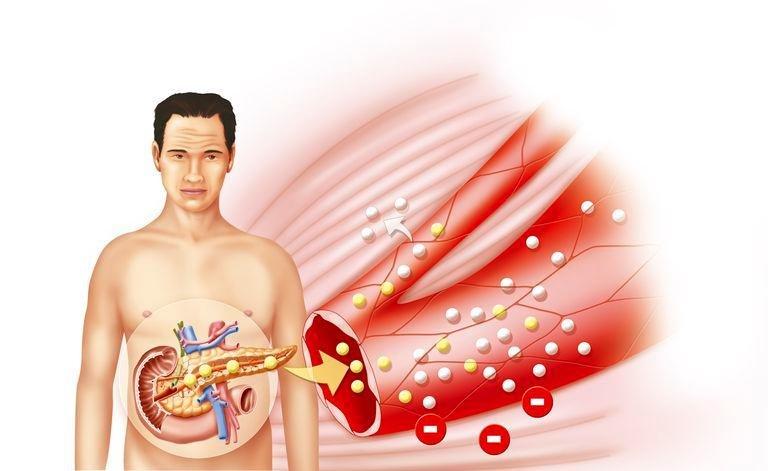 Diabetes and the Balance of Glucose and Insulin
Diabetes is a disorder that affects the way your body uses food for energy. Normally, the sugar you take in is digested and broken down to a simple sugar, known as glucose. The glucose then circulates in your blood where it waits to enter cells to be used as fuel.
Insulin, a hormone produced by the pancreas, helps move the glucose into cells. A healthy pancreas adjusts the amount of insulin based on the level of glucose.
But, if you have diabetes, this process breaks down, and blood sugar levels become too high.
There are two main types of full-blown diabetes. People with type 1 diabetes are completely unable to produce insulin. People with type 2 diabetes can produce insulin, but their cells don't respond to it. In either case, the glucose can't move into the cells and blood glucose levels can become high. Over time, these high glucose levels can cause serious complications.
Pre-Diabetes
Pre-diabetes, now usually spelled prediabetes, means that the cells in your body are becoming resistant to insulin, or your pancreas is not producing as much insulin as required. Your blood glucose levels are higher than normal, but not high enough to be called diabetes. This is also known as "impaired fasting glucose" or "impaired glucose tolerance". A diagnosis of pre-diabetes is a warning sign that diabetes will develop later.
The good news: You can prevent the development of type 2 diabetes by losing weight, making changes in your diet and exercising.
Type 1 Diabetes
A person with type 1 diabetes can't make any insulin. Type 1 most often Continue reading 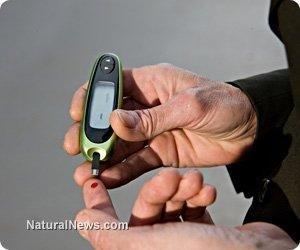 Splenda and sucralose proven to contribute to development of diabetes

(NaturalNews) One of the world's most popular non-caloric sweeteners has recently been exposed as a complete fraud. A new study published in the journal Diabetes Care reveals that Splenda (sucralose), which is commonly marketed to diabetics as a safe, non-nutritive sweetener (NNS), actually elicits a diabetes-promoting effect in people who consume it.
Researchers from the Center for Human Nutrition at the Washington University School of Medicine in St. Louis, Missouri, made this discovery after evaluating the metabolic effects of consuming Splenda on a small group of 17 human participants, all of whom were obese and who did not consume artificial sweeteners at the beginning of the study. Each participant was subjected to either Splenda or control water 10 minutes prior to undergoing a five-hour glucose tolerance test.
At the conclusion of the randomized crossover trial, the team observed that Splenda consumption prompted noticeable changes in terms of insulin production, circulating insulin levels, and bodily sensitivity to insulin. As relayed by GreenMedInfo.com, a single dose of Splenda was found to increase plasma glucose concentrations by 0.6 nanomoles per liter (nmol/L). It also led to a 20 percent spike in insulin levels, a 22 percent increased peak insulin secretion rate, a 7 percent decrease in insulin clearance, and a 23 percent decrease in insulin sensitivity.
"Compared with the control condition, sucralose ingestion caused 1) a greater incremental increase in peak plasma glucose concentrations, 2) a ... greater incremental increase in insulin area under the curve Continue reading 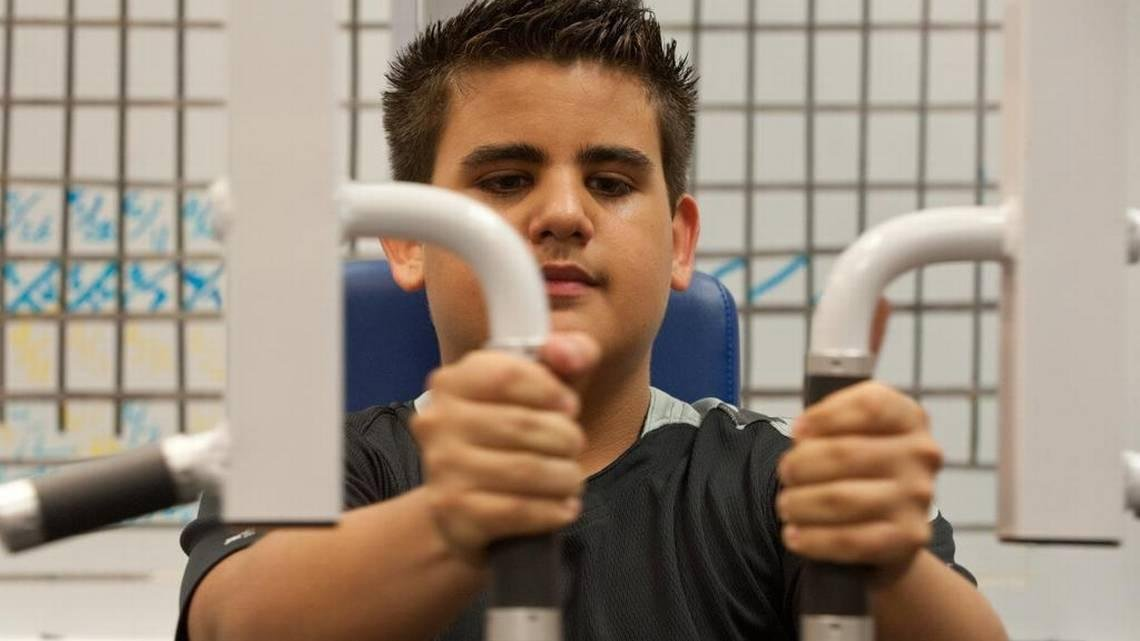 Too much bad food, too little exercise is leading to devastating diabetes for kids | Miami Herald

The term “adult-onset diabetes” is no longer relevant, as the numbers of kids and teens who are being diagnosed with Type 2 diabetes continues to climb – at alarming rates.
Doctors attribute poor diets and lack of exercise on the sharp rise of Type 2 diabetes in youth in the U.S., especially among certain ethnic and racial groups.
“Unfortunately, this is all part of the obesity epidemic sweeping our country, which also affects younger kids,” says Dr. Pascual de Santis, an endocrinologist with Baptist Health Medical Group.
“This has to do with increased consumption of processed, and rich-in-calorie foods, as well as the significant decrease of physical activity in this population — less sports and more video games.”
Never miss a local story.
Sign up today for a free 30 day free trial of unlimited digital access.
SUBSCRIBE NOW
De Santis says genetics and diet are “the two hits” that often determine if someone is at risk for developing Type 2 diabetes. “There are plenty of kids who are obese or overweight that do not develop diabetes,” he says. “This is true mostly in Caucasians. Most other ethnic groups are at higher risks of developing this disease.”
In South Florida, the disease is particularly prevalent within African-American and Hispanic communities.
The Centers for Disease Control and Prevention (CDC) and the National Institutes of Health (NIH), funded a decade-long study, which concluded in 2012, called SEARCH for Diabetes in Youth. It shows alarming figures in the rate of new diagnosed cases of Type 1 and Type 2 diabetes in adolescents.
New Continue reading

Reuters Health - Diabetes patients who use smartphone applications to manage their condition should know that not all apps are reliable, researchers say.
“We have more than 165,000 health and fitness apps in app stores right now and little control over what’s being published,” said study author Francois Modave of the University of Florida in Gainesville.
“App manufacturers want to produce good information, but there’s no oversight from any health organization or agency,” Modave told Reuters Health by phone.
Approximately 29 million Americans have diabetes, according to the Centers for Disease Control and Prevention in Atlanta.
Modave and colleagues used the Mobile App Rating Scale to analyze and rank the top free apps for diabetes management. They also looked at the number of diabetes-specific management tasks that the apps included, such as physical activity, nutrition, blood glucose testing, medication and insulin dosage, health feedback, and education.
In June 2016, the researchers identified 120 free patient apps for Android and Apple devices and evaluated 89 that were in English and didn’t require subscriptions. Overall, the apps scored high on aesthetics and engagement but poorly on information and quality. Only four of the 89 apps integrated the six diabetes management tasks, and fewer than half the apps integrated four tasks.
The top free apps, according to the researchers, were Tactio Health: My Connected Health Logbook for iOS devices and American Association of Diabetes Educators Diabetes Goal Tracker for Android devices. The Accu-Chek 360 Diabetes Continue reading