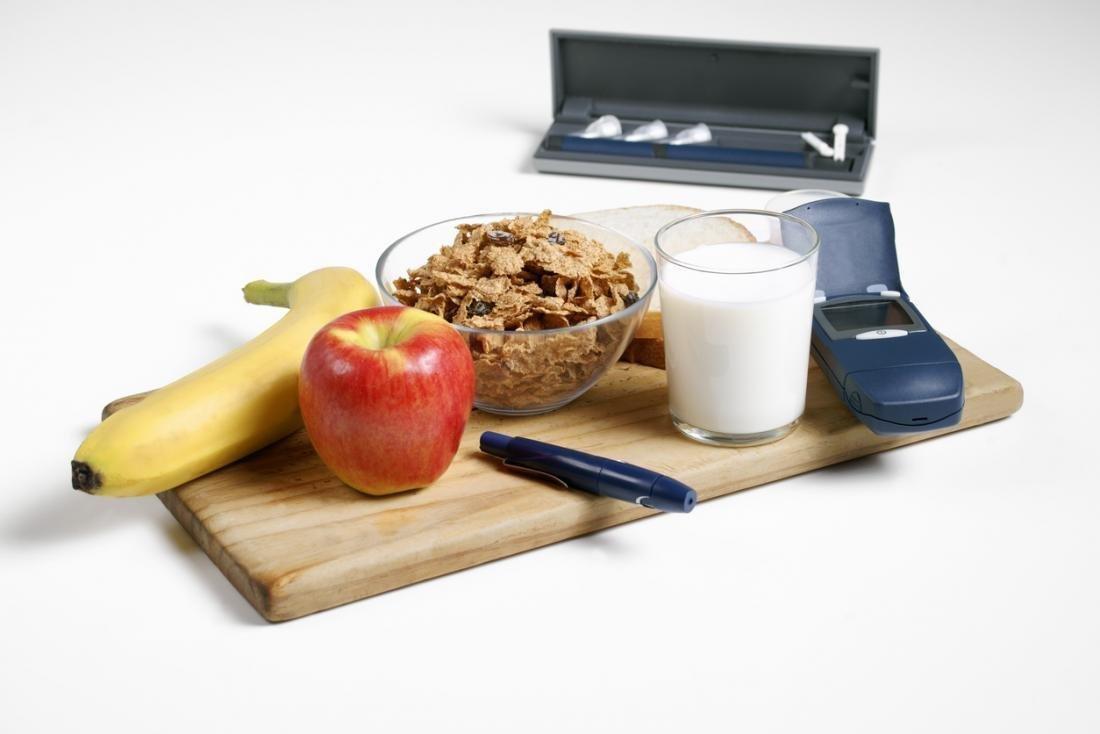 Recently, the idea that type 2 diabetes might be reversible has been gaining traction in the research community. But until now, the mechanisms driving this remission have not been known. A new study sheds light.
Earlier this year, Medical News Today reported on a paper published in the BMJ that urged doctors and patients alike to acknowledge the possibility that type 2 diabetes is reversible through weight loss.
Another study we reported on showed that caloric restriction helped 40 percent of the participants in the study to achieve remission. And now, researchers unravel the mechanism by which caloric restriction leads to the reversal of this chronic condition in rats.
The team was led by senior investigator Dr. Gerald I. Shulman, the George R. Cowgill Professor of Medicine and Cellular and Molecular Physiology at Yale University in New Haven, CT, and the first author of the paper is Dr. Rachel J. Perry, from the Department of Internal Medicine at Yale's School of Medicine.
Dr. Perry and her colleagues investigated how 3 days on a very low-calorie diet (VLCD) reversed type 2 diabetes markers in the rodents, and the findings were published in the journal Cell Metabolism.
Speaking to MNT about the motivation for her research, Dr. Perry said, "We became interested in this work because [type 2 diabetes] is increasingly being considered a surgical disease."
"[B]ariatric surgeons are able to generate a rapid reduction in plasma glucose concentrations within days of weight loss surgery, such that patients are often able to leave the hospital off all their diabetes drugs," she add Continue reading

What is Diabetes Food Pyramid?
Diabetes food pyramid categorizes food based on what they contain. Basically, there are six groups of food: starches, vegetables, fruits, milk, meat & meat substitutes, as well as fats & sweets.
At the very bottom of the pyramid are the starches and above it are the vegetables and fruits. Going higher are the milk and meat & meat substitutes. At the very top of the pyramid are the fats & sweets. Diabetics should take more foodfrom the bottom and less towards the top.
6 Diabetic Food Groups in Diabetes Food Pyramid
Diabetic Food Group 1: Starches
Starches are great sources of vitamin, mineral, carbohydrate and fiber. When selecting starchy food, complex carbohydrates such as whole grains, potatoes,etc. should be given the priority as they are absorbed slower than simple carbohydrates.
Diabetic Food Group 2: Vegetables
Vegetables contain lots of vitamins, minerals and dietary fiber. They can be served fresh as salad with healthy salad dressing (e.g. lemon olive oil vinaigrette or fat-free salad dressings). If served cooked, prepare them in healthy ways (e.g. blanched and grilled) and season with spices and herbs. Avoid adding too much salt or soy sauce. Try to avoid canned vegetables too as these products always have a lot of sodium added to them.
Diabetic Food Group 3: Fruits
Fruits are rich in vitamins, minerals and fiber. Always choose fresh fruits as they will have more vitamins. If drinking fruit juice, opt for the 100% fruit juice without added sugar. For canned or dried fruits, all should also be sugar-free, this applies to fruit jams and Continue reading

A new app could spark the end of needles for diabetes sufferers.
Called Epic Health, the app is currently undergoing clinical trials involving over 2,000 people across the UK, US and China.
Three years of development has seen appraisal from a board of doctors and professors who support the non-invasive method.
This app is the first of its kind and works by the user placing one fingertip over the camera lens of their smartphone.
It then takes a number of close-up photos which can accurately display information about their blood flow. Pictures are sent to ‘the cloud’ for analysis and provides the user with information about their vitals, including glucose levels, blood pressure, heart rate and respiration rate.
Multiple tests have revealed that this non-invasive method of measuring blood glucose levels is just as accurate as the traditional finger-prick method.
Dominic Wood, founder and CEO of Epic Health said in a statement: “This new technology advancement allows the 415 million affected by diabetes to conveniently and consistently track monitor their levels without having to prick their skin or rely on complicated monitoring devices with time consuming setups. “
Dominic added that the app is useful for people without diabetes as well, especially the pre-diabetic and those who want to monitor their overall health.
He explained: “Glucose is your body’s fuel, and blood glucose level is an indicator of a lot of things — when is the right time to eat, which foods affect you positively, and how much to eat.
“For instance, if you eat a huge lunch and your blood su Continue reading 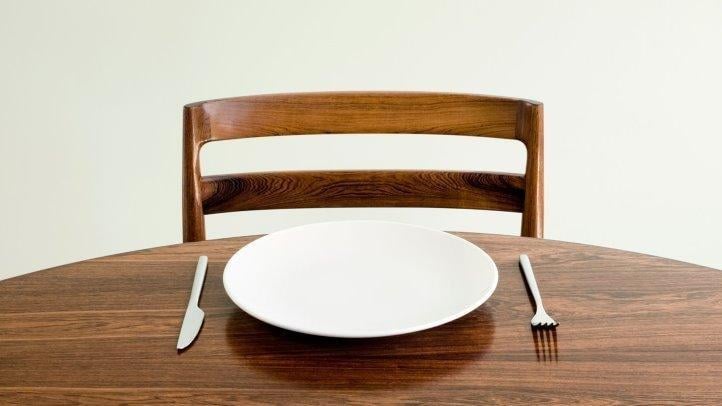 Is Intermittent Fasting Safe for People With Diabetes?

When the now 46-year-old Mary Roberts from Lockhart, Texas, was diagnosed with type 2 diabetes in 2008, her doctor immediately put her on Metformin (glucophage), a drug to help stabilize blood sugar. “When I got the diagnosis, I guess I wasn’t surprised,” says Roberts, explaining that not only was she overweight but her mom had been on insulin for type 2 diabetes.
Not wanting to be on medication herself for her entire life, Roberts set out on a path to control the diabetes through diet, but a few years of nutrition classes proved unsuccessful in lowering her blood sugar level. It was after her doctor suggested insulin on top of the high dose of Metformin that Roberts switched gears. “I really wanted to find a way to get healthy,” she says.
She found the solution in changing her approach to eating — just not the way she expected. Intermittent fasting (IF) combined with the popular ketogenic diet, which emphasizes dramatically reducing carbohydrate intake, helped her lose weight and lower her A1C. “I feel amazing,” Roberts says.
What Is Intermittent Fasting and How Is It Done?
Although IF has become more popular in recent years, the diet plan isn’t new. In fact, many religions (including Christianity, Judaism, and Islam) have followers who practice fasting of some variety throughout the year. Fasting is often required for blood tests, medical procedures, or surgery. The reason IF has gained so much attention recently is likely due to the release of new diet books plugging the plans and celebrity endorsements. “I think that it has gained popularity because Continue reading 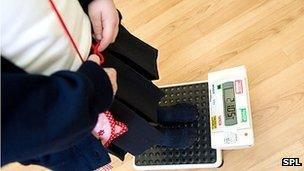 The majority of NHS spending on diabetes is avoidable, says a report in the journal Diabetic Medicine.
It suggests that 80% of the NHS's £9.8bn annual UK diabetes bill goes on the cost of treating complications.
Experts say much of this is preventable with health checks and better education - something the Department of Health says it is tackling.
The report also predicts that by 2035, diabetes will cost the NHS £16.8bn, 17% of its entire budget.
If this rise in diabetes is allowed to continue, it will simply be disastrous for NHS budgetsBaroness Barbara Young, Chief executive of Diabetes UK
BBC Health: Diabetes treatment
There are 3.8 million people living with diabetes in the UK.
The study looked at annual direct patient care costs for both types of diabetes, with Type 2 at £8.8bn being far higher than that of Type 1 at £1bn.
Both Type 1 diabetes, which tends to appear in childhood, and Type 2 diabetes, often linked to diet, lead to problems controlling the amount of sugar in the blood.
Complications occur when people with diabetes sustain high levels of glucose over a long period. This can lead to increased chances of developing disease-related complications, such as kidney failure, nerve damage, damage to the retina, stroke and cardiovascular disease.
Budget crash
Baroness Barbara Young, from Diabetes UK - one of the charities involved in the Impact Diabetes report - said: "The report shows that without urgent action, the already huge sums of money spent on treating diabetes will rise to unsustainable levels that threaten to bankrupt the NHS.
"If this rise in diabet Continue reading