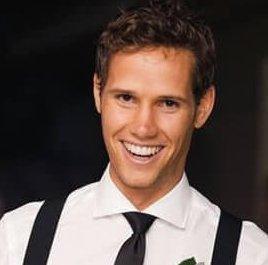 Houston Cardiologist Dr. Baxter Montgomery puts his patients on a plant-based diet to treat their chronic conditions, and they see amazing results. The news story below features two of his recent patients who saw dramatic health improvements.
Rosalee Iles was overweight and suffered from type 2 diabetes and heart disease. She had been taking insulin for over 20 years. After adopting a low-fat, whole-food, plant-based diet, she got off insulin, lost 35 pounds, and reversed her heart disease.
Victor Fuller turned to Dr. Montgomery for help after his second open heart surgery. After following his advice, Victor reversed his type 2 diabetes, lost 50 pounds, and got his heart disease under control. He also went from thirteen medications to four.
About Dr. Baxter Montgomery
Dr. Montgomery recommends a whole-food, plant-based diet with a focus on minimally processed food. He is a clinical assistant professor of medicine in the Division of Cardiology at the University of Texas in Houston, a fellow of the American College of Cardiology (FACC), and the founder and president of the Houston Cardiac Association (HCA). Continue reading 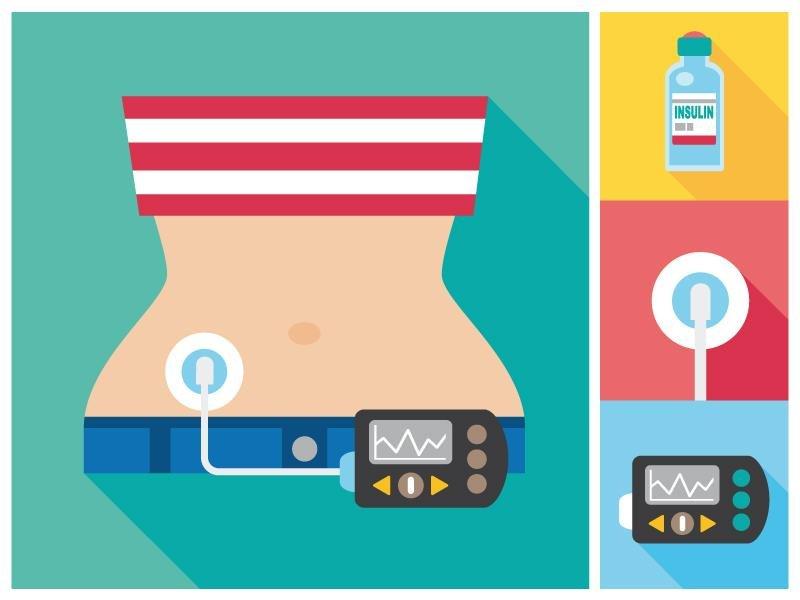 Diabetes: Just imagine for a second….

Imagine your child in front of you, and a doctor at your side. The doctor tells you that your child’s lungs are starting to give up, and within a matter of weeks they won’t work anymore. They will merely be a defunct organ inside their otherwise perfect body.
Imagine the instant fear and worry.
Then, stay with me.
Imagine the doctor handing you a small medical device, no bigger than your hand. Then imagine him walking to your child and attaching a similar device to her body via an injection and connecting the two via bluetooth.
Still here?
Good,
Now, finally imagine the doctor explaining that you need to be your child’s lungs from now on. That you can set the device in your hand to tell the device in her body how many times her lungs need to inhale and exhale every hour.
But the device will need programming for every hour. You will need to inject her in a fresh site every two to three days, even those of you who are terrified of needles will need to become a dab hand at cannula changes.
You will need to tell the device when she is exercising and will need to breathe more rapidly. It will also need to know when she is sleeping so you can slow her inhale/exhale down to a nice resting rhythm. But don’t forget if she has a nightmare she will need to breathe quicker again – how can you pre program for that.
In your hands you hold your child’s new lungs – you are your childs new lungs. You need to pre plan their day, pre empt what to do when they go for a sudden dash across the playground.
You need to live with the knowledge that if you get it wrong, you may be a fa Continue reading

A Hungarian study reports that a nine-year-old boy who was newly diagnosed type 1 diabetes achieved normal blood sugar levels, and came off insulin by following the Paleolithic ketogenic diet.
The child had been on insulin therapy for six weeks, alongside a high-carbohydrate diet. His blood glucose levels had fluctuated to a large degree, according to researchers at the University of Pécs.
The researchers put the child on a modified version of the ketogenic diet known as the Paleolithic ketogenic diet. This consisted only of animal meat, fat, offals and eggs with a fat:protein ratio of roughly 2:1.
The child had three meals a day and ketosis was regularly monitored using ketone strips. The researchers observed sustained ketosis - which is when the body has a high fat-burning rate - but the child had normal blood sugar levels before and after meals. His insulin therapy was discontinued.
The child's blood glucose levels were significantly lower during the Paleolithic ketogenic diet compared to his six weeks of insulin therapy. The episodes of hypoglycemia he experienced on insulin therapy were not presented while on the diet.
The child experienced a decrease in C-peptide levels during the diet, which is a well-known aspect of type 1 diabetes. Reduced C-peptide levels are often attributed to insulin-producing beta cells being destroyed, but the researchers hypothesised the low-carb intake may have led to this.
After 19 months, the child is still on the Paleolithic ketogenic diet, and the researchers report it can ensure normoglycemia without the use of external insulin. No si Continue reading

Reduce Your Risk of Cancer, Alzheimer’s, Diabetes with Olive Oil

Olive oil has a major place in the Mediterranean diet, and the principal aspect of this diet includes proportionally high consumption of olive oil. Olive oil contains a very high level of monounsaturated fats, most notably oleic acid, which studies suggest may be linked to a reduced risk of coronary heart disease. There is also evidence that the antioxidants in olive oil improve cholesterol regulation and reduce LDL (bad cholesterol) levels, and that it has other anti-inflammatory effects.
Olive oil is a type of fat extracted from the olive tree which is a traditional tree from the Mediterranean basin. It is produced by crushing whole olive fruits before the oil is extracted. The health benefits of olive oil are wide, a reason why it has been named the Mediterranean miracle.
Types of Olive Oil
Olive oil is used in the cosmetics industry, cooking, pharmaceuticals and even in the making of soaps (such as Castile soap). Olive oil exists in a variety of grades depending on processing. For instance, extra virgin olive oil is considered the premium type. It is produced from the first crushing of olive fruits and is extracted through cold-pressing whereby no chemicals are added. Virgin oil is the second variety, obtained from the second pressing of the fruits and is considered the second-best type. Refined olive oil is obtained from refined virgin olive and it has an acidity level of over 3.3%.
The oil contains phenolic antioxidants, terpenoid and squalene which are all anti-cancer compounds. The oil also has oleic acid which prevents chronic inflammation and reduces the damage fr Continue reading 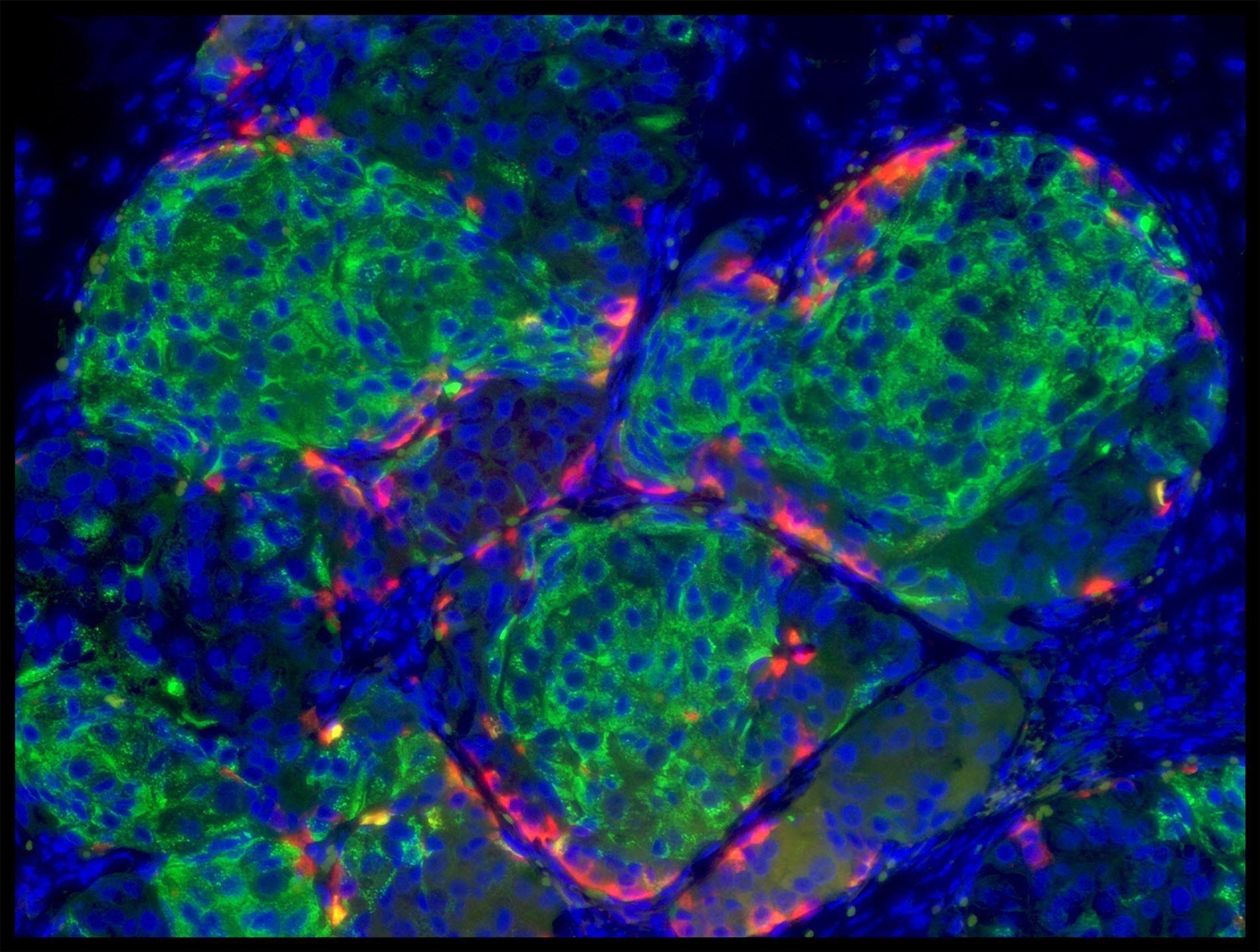 When his infant son Sam was diagnosed with type 1 diabetes two decades ago, Doug Melton made himself a promise: He would cure it. When his daughter Emma was diagnosed with the same autoimmune disease at 14, he redoubled his efforts.
Finally he can see the finish line. In a paper published Thursday in the journal Cell, Melton announces that he has created a virtually unlimited supply of the cells that are missing in people with type 1 diabetes.
By replacing these cells—and then protecting them from attack by the body's immune system—Melton, now a professor and stem cell researcher at Harvard, says someday he'll have his cure.
"I think we've shown the problem can be solved," he said.
In type 1 diabetes, which usually starts in childhood and affects as many as three million Americans, the person's immune system attacks and destroys beta cells in the pancreas. Melton used stem cells—which can turn into a wide variety of other cell types—to manufacture a new supply of these beta cells, which provide exquisitely fine-tuned responses to sugar levels in the blood.
When you eat, beta cells increase levels of insulin in your blood to process the extra sugar; when you're running on empty, the cells dial down insulin levels.
Since the 1920s, people with type 1 diabetes have been kept alive with insulin injections, though many still face nerve damage, slow wound healing, and even blindness because even the best pumps and monitors are not as effective as the body's beta cells.
The only known cure for type 1 diabetes is a beta cell transplant, which takes the cells from someone wh Continue reading