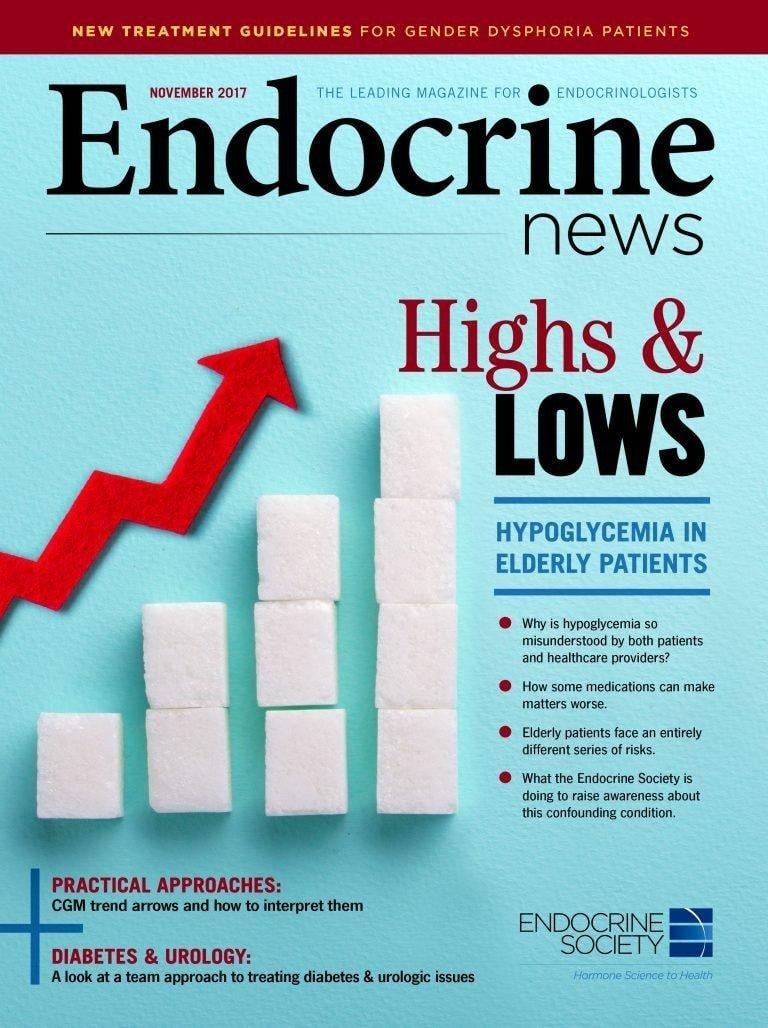 Hypoglycemia, a misunderstood diabetes complication, not only confounds the public and patients, but many healthcare providers as well. Elderly diabetes patients with hypoglycemia are especially vulnerable to this dilemma.
Mary M. Julius, RDN, CDE, clinical coordinator of Diabetes Self Management Education and Support and a research dietician and nutritionist at the Department of Veteran’s Affairs in Cleveland, Ohio, treats an 86-year-old man who has had type 1 diabetes for 50 years. His wife passed away last August. “He said to me, ‘Mary, for the past 55 years, all I’ve had to do is sit down and breakfast would be there,’” Julius says. “’I’d sit down and lunch was there. All I had to do was eat.’ He is going to bed hungry because this is a new skill for him.”
Julius’s patient is one of many in the very complex realm of hypoglycemia, and the fact that he’s in the vulnerable population of elderly people with diabetes, it only compounds the complexities. According to Julius, missing a meal is the number one cause of hypoglycemia, and elderly patients are at a higher risk of missing a meal than the general population. These patients are already frail at baseline, and older people tend not to eat as much anyway, whether they’re just not hungry or they suffer from food insecurity, but more on that later.
Hypoglycemia remains a complication of diabetes that’s not entirely understood. There still seems to be a lack of awareness among the healthcare community and the public, even among people with diabetes. For instance, hypoglycemia just isn’t as ap Continue reading 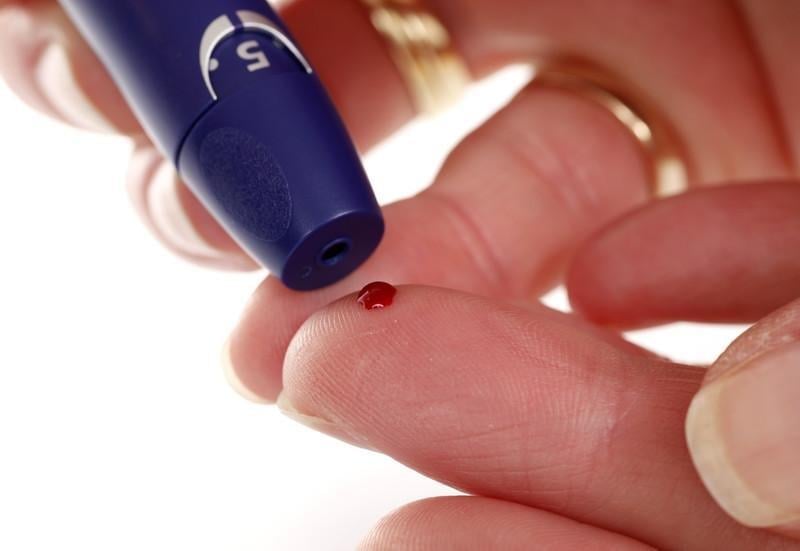 Sometimes it’s helpful to have a basic explanation about diabetes blood sugar levels. So here’s your 101 just in time for National Diabetes Month.
I’ve complied answers to some of my clients’, friends’ and readers’ most common questions about diabetes blood sugar.
Q: What should my blood sugar level be?
A: There is no single number that is right for every person with diabetes. Your blood sugar targets should be individualized based on your health status, age, how long you’ve had diabetes, your medications, risk for low blood sugar (hypoglycemia) and other things. However, the American Diabetes Association (ADA) has these general targets.
Fasting & Before Meals: 80 – 130 mg/dl
1 – 2 Hours After Eating: < 180 mg/dl
Talk to your healthcare provider to learn your specific blood sugar targets. It’s to important to know that these targets are general targets for people with diabetes. They are not numbers for people who do not have diabetes.
Q: Why does my doctor want my A1C level to be less than 7%, but my mom’s doctor told her that he was pleased with her A1C level at 7.8%? Shouldn’t my mom and I aim for the same A1C goal?
A: Not necessarily. The ADA general target for A1C is < 7%. But just like we personalize other blood sugar targets, A1C goals should also be specific to the individual. Lowering A1C to < 7% reduces the risk of microvascular complications of diabetes such as nerve, kidney and eye problems. And if people with diabetes achieve this level of blood sugar control early in the course of the disease, their risk of heart disease is also reduced. Continue reading

Comprehensive recommendations feature notable new recommendations for people with cardiovascular disease and diabetes.
New recommendations in the 2018 edition of the American Diabetes Association’s (ADA’s) Standards of Medical Care in Diabetes (Standards of Care) include advances in cardiovascular disease risk management, including hypertension; an updated care algorithm that is patient-focused; the integration of new technology into diabetes management; and routine screening for type 2 diabetes in high-risk youth (BMI >85th percentile plus at least one additional risk factor). The Standards of Care provide the latest in comprehensive, evidence-based recommendations for the diagnosis and treatment of children and adults with type 1, type 2, or gestational diabetes, strategies to improve the prevention or delay of type 2 diabetes, and therapeutic approaches that reduce complications and positively affect health outcomes. The Standards of Care have been published in advance of a supplement to the January 2018 print issue of Diabetes Care.
The Standards of Care are the primary resource for the optimal management of diabetes, and include updated guidelines for diabetes diagnosis, and for evidence-based prevention of diabetes and diabetes-related complications.
A summary of the important changes in the 2018 edition are:
Cardiovascular disease and diabetes
Based upon the results of multiple cardiovascular outcome trials (CVOT), there are new treatment recommendations for adults with type 2 diabetes, suggesting a pathway for people with heart disease that, after lifestyle mana Continue reading 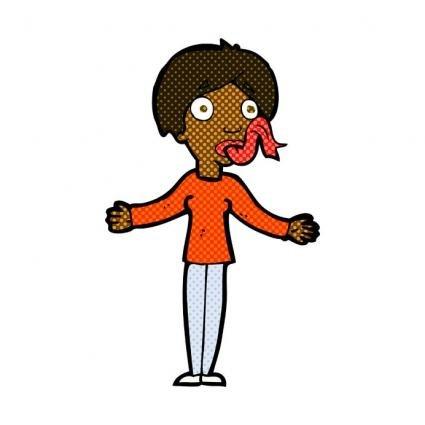 8 Lies People with Diabetes Should Never Tell Their Doctor

How harmful can a little white lie be when it comes to answering questions from your doc? Actually, if you have diabetes, little white lies can come back to haunt you.
“Sometimes, people don’t tell their doctor the truth,” says endocrinologist Alan L. Rubin, MD, author of Diabetes for Dummies, Type 1 Diabetes for Dummies and other health books in the “Dummies” series. “You may want your doctor to like you. Or you may be afraid he or she will scold you. You may be afraid of being judged. But if you don’t tell the truth, your diabetes care could suffer.”
Here’s how eight common fibs could mess with your blood sugar and your health:
Lie #1: “I check my blood sugar regularly.”
Blood glucose monitoring is a powerful tool for keeping your diabetes in control. But 2 out of 3 people with type 1 diabetes don’t check their blood sugar as often as recommended by the American Diabetes Association, according to a study of 44,181 people by researchers from California’s Kaiser Permanente Medical Care Program.1 In a National Institutes of Health study of 1,480 people with type 2 diabetes, 24% of those who used insulin, 65% who used oral medications for diabetes, and 80% who controlled their blood sugar with diet and exercise said they tested their blood sugar less than once a month.2
Testing as recommended helps keep your daily and long-term glucose levels in better control. It helps you spot what’s working and what’s not working sooner, Dr. Rubin says.
If you have type 1, you may have to test 4 times a day – and up to 7 if you use an insulin pump, or give y Continue reading 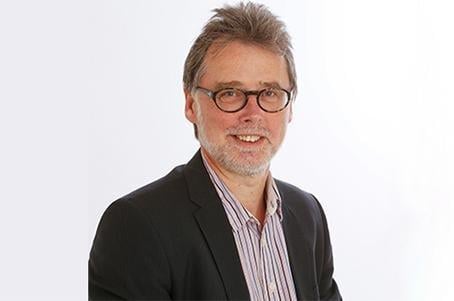 Congratulations to our very own Professor Hindmarsh, who won the Health Hero award for Britain’s most inspiring health worker last week. He was nominated by a number of his patients and their families and the award was presented by Theresa May at Downing Street. Read the full story is here
My teacher suggested I do a special project for Diabetes week. My mum helped me make a presentation. I really wanted to include my pump in the presentation and the slides to have animation and noises. I really wanted to show them what it was like to have diabetes.
On the 14th November 2017, I presented the powerpoint slides to my class. It went well. There were lots of questions for me. I found them easy to answer. The class clapped at the end and we were happy.
The International Society for Paediatric and Adolescent Diabetes (ISPAD) has just published a new guideline on managing Type 1 in younger children.
Here are some of the recommendations they have made (a lot of the recommendations are about routine and mealtimes);
Always give meal/snack insulin before eating
If eating behaviour is difficult first check portion sizes – it’s better to offer smaller portions that will be eaten.
It usually takes 10 attempts to introduce a new food, so offer new foods repeatedly to encourage more variety in the diet.
Use a dual wave bolus on pump therapy to manage difficult eating behaviour
On injected insulin split doses into 1 before and 1 during eating if needed
Encourage a routine of regular meals with only small snacks between meals (less than 12g carbohydrate)
Meals should not last longer th Continue reading