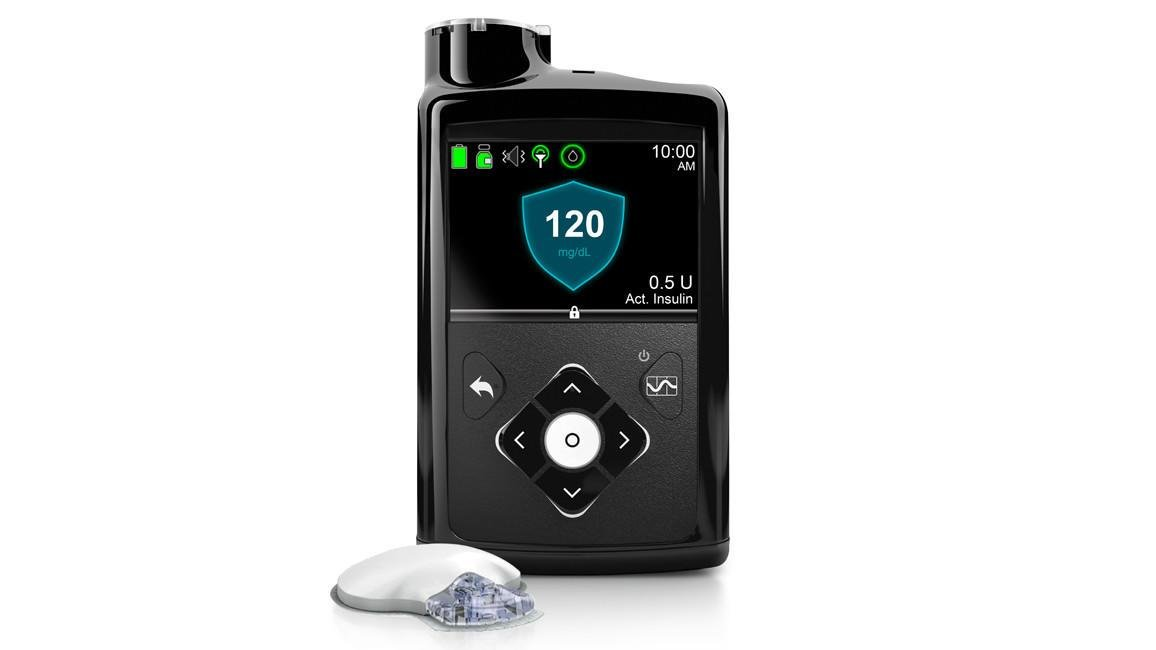 (Medtronic)
Federal regulators have approved a first-of-a-kind "artificial pancreas," a device that can help some diabetes patients manage their disease by constantly monitoring their blood sugar and delivering insulin as needed.
The device from Medtronic was approved Wednesday for patients with Type 1 diabetes, the kind usually diagnosed during childhood. About 5 percent of the nation's 29 million Americans with diabetes have this type.
Doctors said they have long awaited a device that could help patients around the clock.
"I can't wait to get my hands on it because I can think of a lot of our patients who need this," said the Cleveland Clinic's Dr. Betul Hatipoglu. "Now I have a helper who is going to help me to help them."
Type 1 diabetes patients now have to manage their insulin through multiple injections throughout the day or a drug pump that delivers it through a tube. Their own pancreas doesn't make insulin, a hormone needed to turn food into energy. They face increased risks of dangerously high blood-sugar levels, heart disease and many other health problems.
The new MiniMed 670G consists of a drug pump, a sensor that measures blood sugar and a tube that delivers the insulin. The sensor measures sugar levels every 5 minutes, infusing or withholding insulin as needed. Patients still have to manually increase insulin before meals.
Medtronic said the device will cost between $6,000 and $9,000, similar to its other insulin pumps.
Older insulin pumps simply deliver a baseline level of insulin, and patients must monitor their sugar levels and give themselves more insulin Continue reading 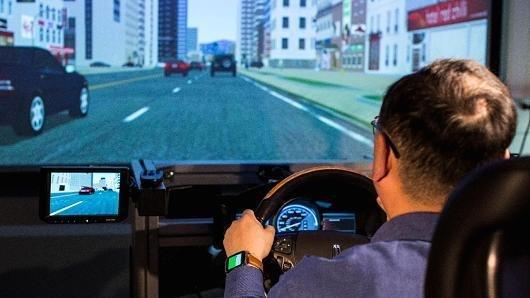 Car manufacturers constantly upgrade safety technology. In 1958, Saab was the first to make seat belts standard. In the early 1970s the Oldsmobile Toronado could be purchased with high-mounted brake lights and airbags. Now with rapid advances in wearables and autonomous driving systems, a new wave of safety technology is on the way — allowing cars to react to medical emergencies.
Toyota and Ford are each independently researching how to pair health sensors with autonomous driving technology so that vehicles will be able to pull off the road and call for help if they determine a passenger is having either cardiac trouble or a diabetic event.
Chuck Gulash, a senior executive engineer at Toyota and director of its Collaborative Safety Research Center in Ann Arbor, Michigan, said heart rate and blood glucose levels can be effectively monitored, as they are associated with a relatively high number of vehicle crashes.
He referenced a 2009 National Highway Traffic Safety Administration study, which found that diabetic events were behind 20 percent of crashes precipitated by driver-reported medical emergencies, and heart attacks accounted for an additional 11 percent. As people are not always aware they're having medical trouble, the actual figure could be higher.
"We've spent 30 years scientifically measuring crash criteria, but there wasn't a lot of research into physiological metrics," Gulash said.
Heart-related medical issues behind the wheel are extremely dangerous because the sufferer can lose consciousness, said Dr. Nitish Badhwar, professor of clinical medicine and direct Continue reading 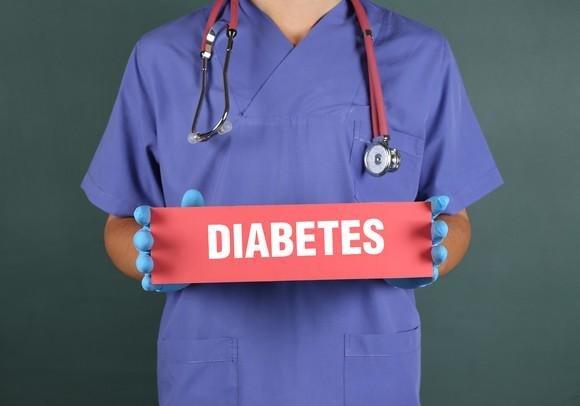 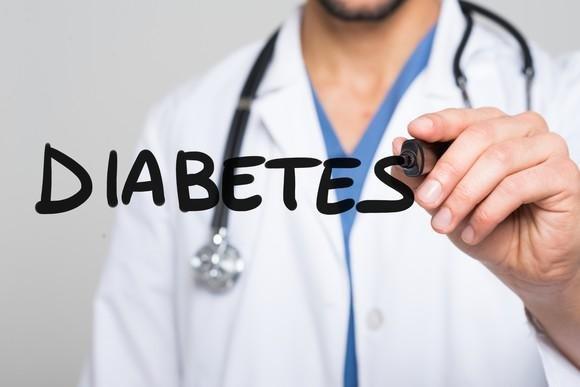 Diabetes is huge problem for Americans. Between 1990 and 2010, the number of U.S. residents with diabetes tripled, and the number of new cases annually doubled. Both prevalence and costs associated with diabetes are projected to increase by more than 50% by 2030.
But where there's a problem, there's also an opportunity. Healthcare companies continue to develop innovative new approaches to treating and managing diabetes. This innovation in turn creates value for investors.
At least 15 publicly traded companies have current products addressing diabetes either on the market or in development. A few of these stocks hold the potential to generate market-beating returns for investors. I think that Abbott Laboratories (NYSE:ABT), Becton, Dickinson and Company (NYSE:BDX), and Johnson & Johnson (NYSE:JNJ) will especially stand out over the next few years. Here's why these are three top diabetes stocks to buy now.
Abbott Labs
Abbott Labs claims a market cap of close to $98 billion. The company's primary focus in the past has been on branded generic drugs, diagnostic systems and tests, nutritional products, and cardiovascular and neuromodulation medical devices. Abbott's diabetes care unit revenue wasn't even listed separately in the company's financial statements.
However, diabetes should be much more important to Abbott in the future. In September, the U.S. Food and Drug Administration (FDA) approved the company's FreeStyle Libre Flash Glucose Monitoring System. It's the first continuous glucose monitoring (CGM) system approved by the FDA that doesn't require a finger-stick blood sa Continue reading 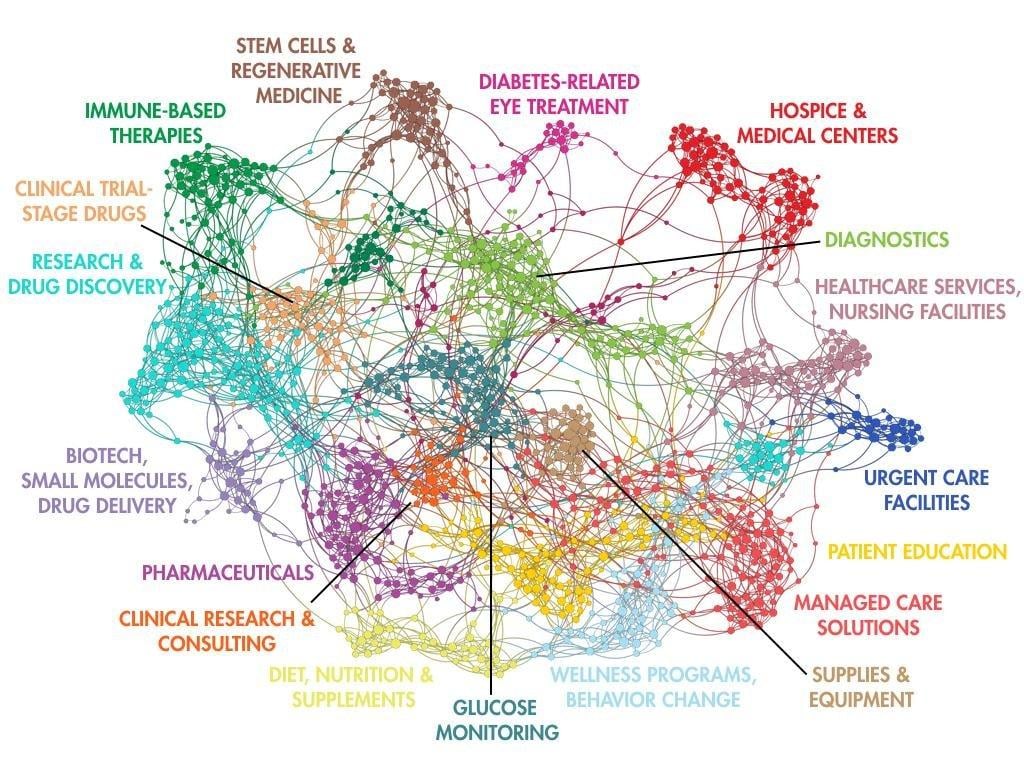 The most innovative companies in diabetes

Diabetes affects a startling number of people worldwide -- some 415 million in 2015, with 44.3 million of those in North America. About a third of people with diabetes do not know they have it.
Last year Quid kicked off a new series focusing on Type 2 diabetes (which accounts for nearly 95% of the world’s cases), including an analysis of 40,000 patient posts from a leading diabetes forum.
Still, we wanted to take a closer look at the disease, specifically at innovative companies treating diabetes.
First we looked in our proprietary company database of 50,000 startups to see which are receiving the largest VC investments and for what.
We identified more than 1,300 companies playing in the diabetes landscape. In the network above, 9.6% of companies focus on research and drug discovery, with a whopping $2.9 billion in investment in this area.
And even though it includes fewer companies and makes up a much smaller portion of the network, clinical trial-stage drug manufacturers pulled in the next-highest investment figure, roughly $2 billion in total since 2012. Next, companies in glucose monitoring, diagnostics, and immune-based therapies make up a significant portion of the network and account for a huge chunk of the funds raised.
One cluster was particularly interesting in this map: startups in the biotech, small molecules and drug delivery cluster account for just 2.7% of the network but pulled in relatively high investment dollars, topping $955 million.
Zooming in, we see that companies in this cluster produce very interesting technologies indeed.
Delpor, for example, man Continue reading