A recent analysis of a massive study observing the effect of food on the health of nearly 200,000 American health professionals suggested eating more gluten was associated with a lower risk of type 2 diabetes.
But is it really this simple?
Can gluten be linked to diabetes?
A considerable amount of published research has looked at the potential links between coeliac disease and type 1 diabetes (a chronic condition where the pancreas produces little or no insulin). This has led to the discovery that they often share similar genetic markers linked to the immune system.
Another recent study found that although coeliac disease was more common in people with type 1 diabetes there were no more cases of coeliac disease in people with type 2 diabetes (which usually presents in adulthood, and is typically associated with lifestyle factors) than the general population.
However, while studies in animals suggest gluten may increase risk of developing type 1 diabetes, human studies do not. A large review investigating when infants are first given gluten and their risk of developing type 1 diabetes found no link, unless infants were fed solids in their first three months, which is much younger than the six months recommended by the World Health Organisation.
And in animal studies of type 2 diabetes, it has been suggested gluten may increase the risk of developing diabetes.
How reliable are the study results?
Mice studies are interesting, but we need to look at data from people. This is typically done in either clinical trials, which can assess causality (that one thing caused the other), Continue reading

Adherence to Therapies in Patients with Type 2 Diabetes

Go to:
Introduction
The prevalence of type 2 diabetes mellitus is increasing globally and has become a major public health problem. In the USA, a study of 17,306 people over 20 years of age showed that those diagnosed with diabetes increased significantly from 6.5% in the 1999–2002 period to 7.8% in 2003–2006 [1]. In 2011, 366 million people worldwide had diabetes and it is predicted that by 2030, this figure will be 552 million [2]. Diabetes is currently among the top five causes of death in most high-income countries and resulted in 4.6 million deaths globally in 2011. The majority of cases of diabetes mellitus are type 2, and the greatest numbers of people with this disease are aged from 40 to 59 years [2].
The increase in type 2 diabetes is associated with obesity, hypertension, and an increasingly elderly population. Over the last 18 years in the USA, the proportion of adults in the age group 40–74 years with a body mass index ≥30 kg/m2 has increased from 28% to 36%, while the proportion undergoing physical activity 12 times a month or more has decreased from 53% to 43%, exacerbating the obesity problem [3]. However, despite strong clinical recommendations for individuals with a history of diabetes to adopt a healthier lifestyle, adherence to improved diet and exercise is poor [3]. Although type 2 diabetes usually occurs in people over the age of 40 years, it is becoming increasingly common in children, adolescents and young adults due to reduced physical activity and unhealthy eating patterns, leading to obesity [4].
The majority of patients with type 2 diabet Continue reading 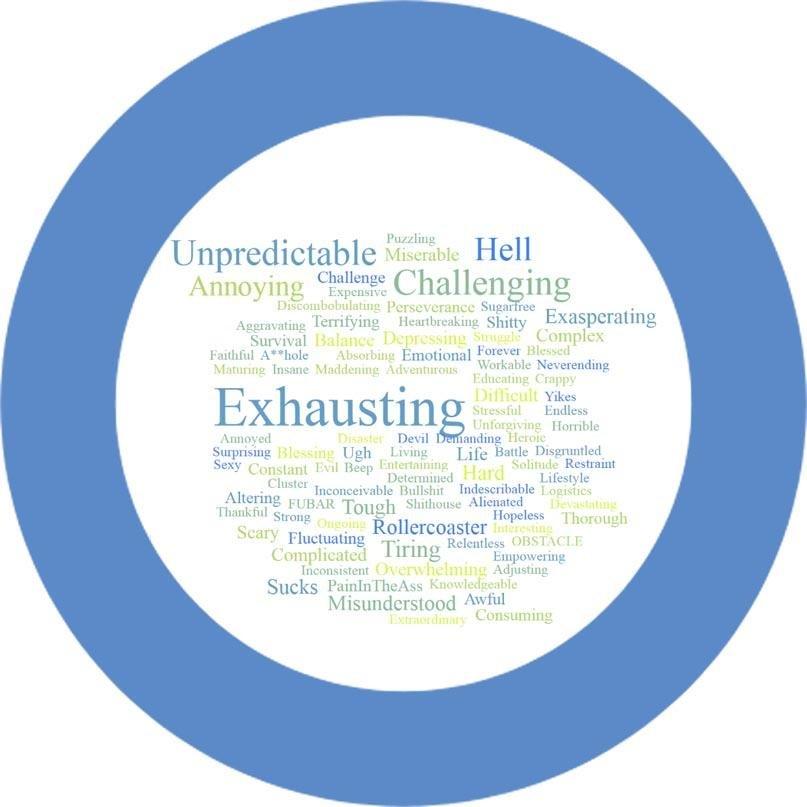 Describe Diabetes in ONE Word!

Recently, I asked members of the Diabetes Online Community (DOC) to describe diabetes to them using only one word.
I knew this would be a challenge, as diabetes can be described with so many different feelings and so many different words.
However, it was pretty amazing to see what everyone came up with. No matter our battle (Type 1 or Type 2), diabetes is definitely a chronic condition that touches even the most intimate moments in someone’s life.
If you are here reading this article, and do not have diabetes yourself, it will be a real eye opener. To look at what others feel like their diabetes truly is to them by using only one word is quite heartbreaking. While some also take a positive spin on it and choose to be optimistic. Read on to find out what everyone thinks about diabetes, both type 1 and type 2.
Claudia Beteille: Sucks
Jack Heineman: Hell
Jana Russell: Sugarfree! (I ran the two words together)
Erica Soder: Complicated
Nichole Tesoriero: Frustrating
Miranda Erin Grove: Frustrating
Ashlyn Mills: Exhausting
Joe D. Deaver: Inconsistent
Emily Taylor: Hell
Christine Barber: Hard!
Cindy Pike: Shithouse
Bridget Montgomery: Unpredictable
Tennelle Fabrick: Bullshit
Amanda Shaver: Despondent
Jack Heineman: Fun…….j/k crazy!
Cheryl Parks: Lifestyle
I recommend reading the following articles:
Sara Stevens: Hell
Taylor Mire: Tiring
Amber Denzel: Rollercoaster
Marissa Saylor: Aggravating
Bjørn Hee Jensen: I feeling lonely
Kathy Klusman Lentz: You are not alone!
Bridget Montgomery: Heartbreaking
Susanna Catherine Belina: Shitty
Lucie Lapalme: Unforgiving
Amanda Garibay: Continue reading 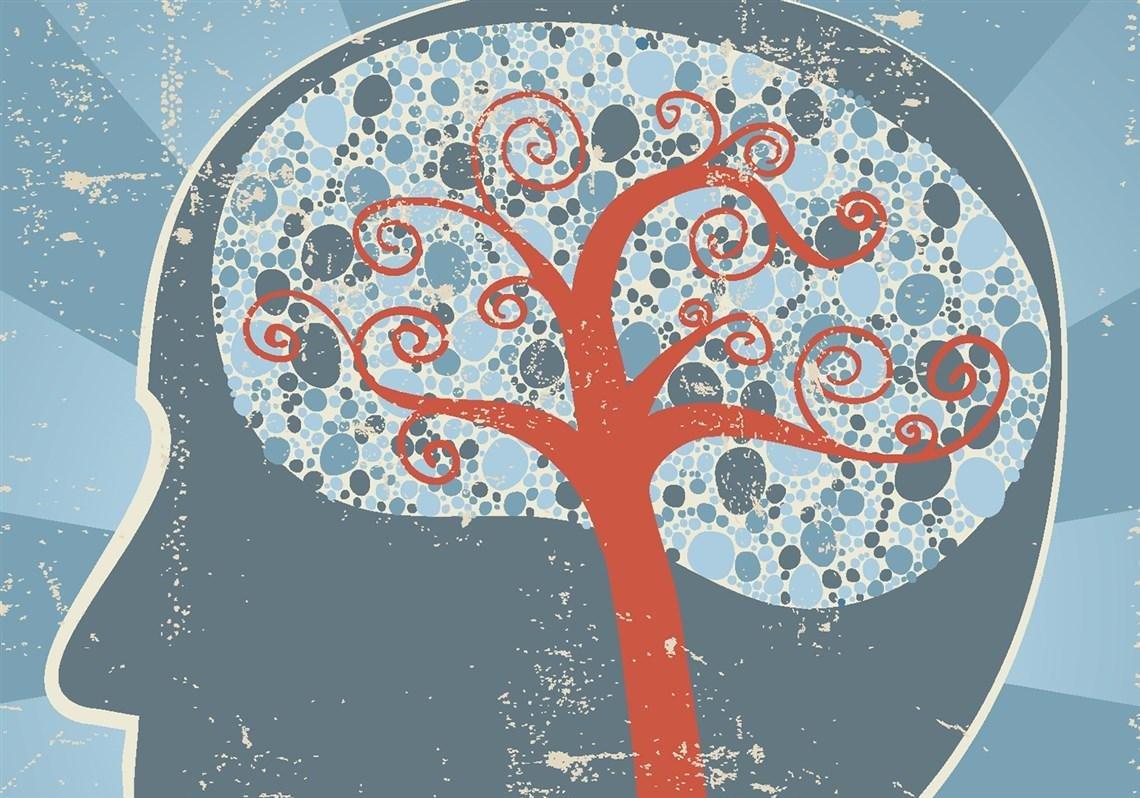 Diabetes of the brain is connected to Alzheimer's, new study shows

There’s growing evidence that Alzheimer’s disease resembles a new form of diabetes known as type 3.
A National Institute of Aging study now shows how high glucose concentrations in brain tissue may result from abnormal glucose metabolism, eventually leading to the dangerous plaques and tangles characteristic of Alzheimer’s disease — the neurodegenerative disease that represents the major cause of dementia.
“To the best of our knowledge,” the study says, “this report is the first to measure brain-tissue glucose concentrations and ... demonstrate their relationships with both severity of Alzheimer’s disease pathology and the expression of Alzheimer’s disease symptoms,” said the study published Monday in Alzheimer’s & Dementia, a journal of the Alzheimer’s Association.
The study also sets “the stage for future studies that may uncover therapeutic interventions targeting brain glucose dysregulation,” says the study led by Madhav Thambisetty of NIA’s Laboratory for Behavioral Neuroscience. He’s also associated with Johns Hopkins Medicine.
Study results, he said, give him no reason to change the advice he gives patients with memory problems: “What is good for the heart is good for the brain,” including a healthy diet, exercise, adequate sleep and brain-stimulating activities.
In Alzheimer’s disease, accumulation of senile plaques (deposits of amyloid beta in the gray matter of the brain) and neurofibrillary tangles (aggregations of tau protein), adversely affect brain function, leading to the loss of neurons and memory.
The study describes ho Continue reading

The life expectancy of type 1 diabetes has always been one of the worries, that myself as a parent to two kids with Type 1 always has in the back of their mind.
You read many articles and an overwhelming amount of statistics that say, that type 1 diabetes takes 5-10 years off of someone’s life. How can you swallow those words when you read them right in front of you, as a parent, or as someone who lives with type 1 diabetes?
It’s difficult to say the least, but even difficult doesn’t cover it.
And then you read stories like those of Mr. Richard Vaughn, who has lived with Type 1 diabetes for 71 years, at the age of 6 years old, the same age, coincidentally as my son was diagnosed. That glimmer of “HOPE” reignites back into your heart. Possibility replaces the worry and fear that once took over you.
Understanding exactly what Richard has gone through in terms of diabetes treatment and management over the past 71 years is what really makes his story so amazing.
Think about the advancement in medicine throughout this time. Consider the treatment options for Richard and his parents when he was first diagnosed and compare them to the ones available today. Things have changed, and his story is nothing short of remarkable.
My two Type 1 kids and I had the honor of meeting him and his wife in the summer of 2015 at the Friends for Life Conference.
My son and I actually went to one of the sessions where Richard was speaking because I thought it was very important for my son, who at the time was 11 years old, having lived with Type 1 for 5 years up until that point, to hear t Continue reading