Diabetes is big business, and many have been convinced that managing it forever is their only option. But it is possible to cure the disease.
Chuck Lynch figured that after being diagnosed with type 2 (adult onset) diabetes, he was destined for a life of daily finger sticks and medication to keep the glucose level in his blood at a normal level.
Everything he'd heard about type 2 suggested strongly that his only choice was to make the best of it. "I thought it was something you managed for the rest of your life," said the 62-year-old Lyme, Connecticut, resident. "I didn't know you could cure it."
Experts hesitate to talk about "curing" diabetes, given the medical complications it can cause that will require lifelong monitoring. But the American Diabetes Association says that maintaining normal blood sugar without medication for at least a year could be considered a "complete remission."
It's not a message you hear very often if your information about type 2 diabetes comes mainly from TV commercials for the devices and medications used to manage the disease. Diabetes is a big business, worth tens of billions of dollars to the health care system and the pharmaceutical companies that hold the patents on those devices and medications.
Another reason you don't hear about remission is it takes a great deal of effort. Even the health care system seems content to prescribe complex lifelong treatment regimens instead of equipping people with the tools they need to effectively manage type 2 diabetes, possibly reverse the disease or, best of all, avoid it completely.
Chuck Lynch creat Continue reading 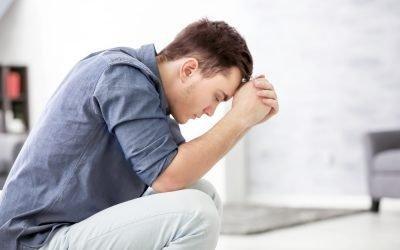 I was online searching for a topic for this week’s blog entry when I read a comment in a forum that really struck me in a deep way. I won’t directly quote, of course, but the gist of the comment was summed up with the words, “[I am] the worst diabetic ever.” The writer was clearly despondent, and felt that he was simply doing everything wrong. This individual was relatively new to our delightful world of diabetes, and I’m proud to say that follow-up comments were all hugely supportive and encouraging. In any event, I can relate to what he was feeling, as can most of us, I’m sure.
Our daily blood sugar readings (which we get every few hours or every five minutes with a continuous glucose monitor) and that all-important A1C feel like daily homework followed by the “end-of-semester-exam.” It feels like a direct reflection on “how well” we’ve managed our disease. A doctor reporting our high A1C can easily sound like a doctor saying, “you’re bad at diabetes; maybe not the worst I’ve seen, but verrry subpar — you get a D- in this class.” Our daily blood sugar readings can feel like a series of poorly graded papers. It can feel like a succession of personal failures, and it invites an of onslaught of self-shame that led the poor gentlemen I was telling you about to label himself a bad diabetic.
Here’s the truth: There’s no such thing as a “bad diabetic.” I mean it. Even folks who neglect their doctor’s advice, ignore their own best interests, and engage in willfully destructive behaviors; they’re not “bad diabetics.” We’re not “b Continue reading 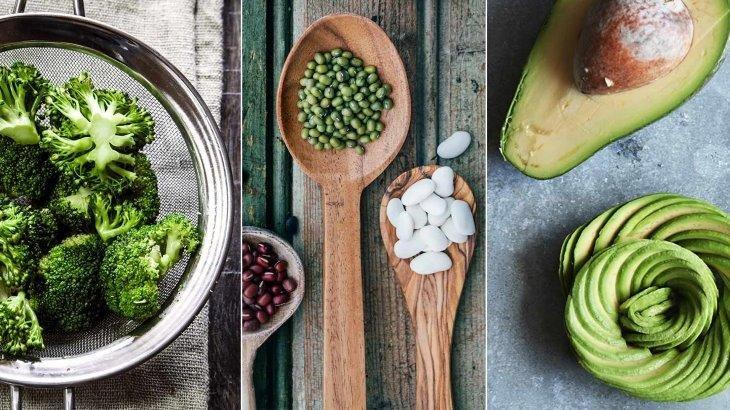 9 Foods You Should Be Eating for Type 2 Diabetes

1 / 10 Healthy Food Choices for Type 2 Diabetes
Paying attention to what you eat is essential for controlling your weight and blood glucose levels when you have type 2 diabetes. While this means knowing which foods to limit or avoid, it’s just as important to know which foods are the most beneficial to you — and how to include them in your meal planning.
“When it comes to eating a healthy diet for type 2 diabetes, balance is really the key,” says Kelly Kennedy, RD, resident nutritionist for Everyday Health. “Many people think that they have to avoid carbohydrates if they have diabetes, but this is not the case. Instead, it's important to focus on eating approximately the same amount of carbohydrates from healthy sources, such as dairy foods, legumes, fruit, and whole grains, at each meal.” Also make whole foods — such as fruit, vegetables, lean proteins, fat-free or non-fat dairy, whole grains, and healthy fats — your go-tos. “Those provide the most nutritional ‘bang for your buck,'" Kennedy adds. Continue reading 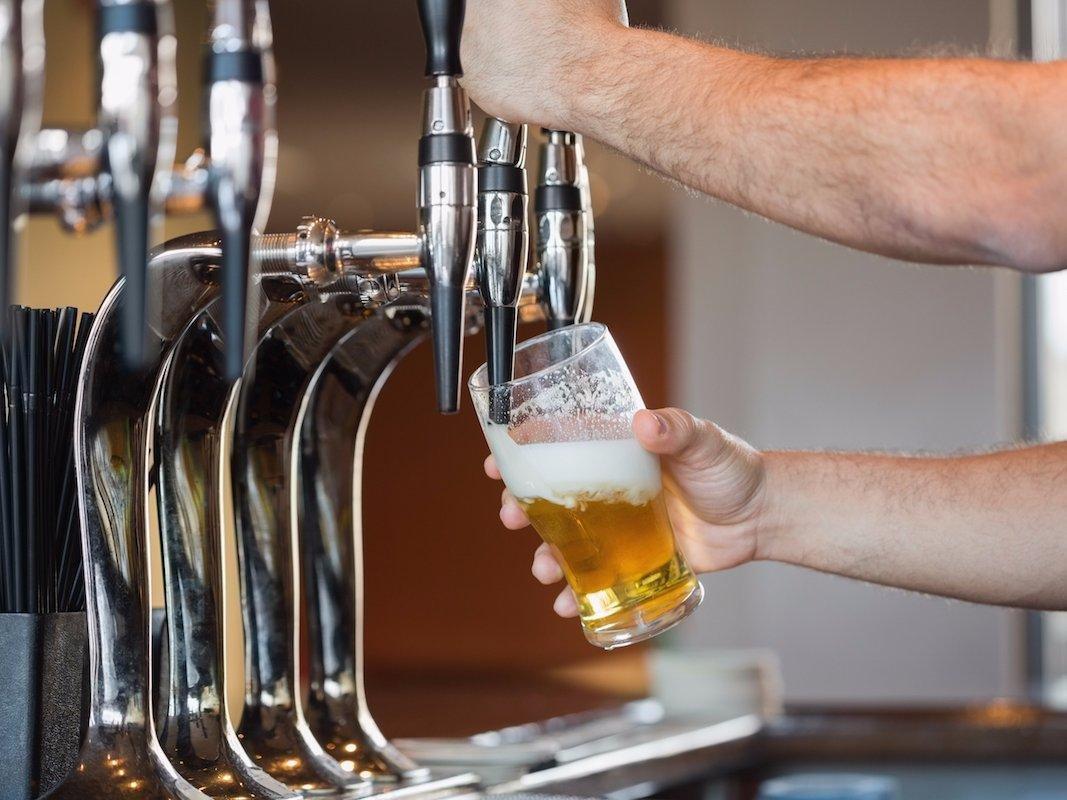 There's a new checkmark in the 'drinking isn't all bad for you' column.
According to a new study that looked at more than 70,000 Danish people, those who drink small to moderate amounts of alcohol on a frequent basis are less likely to develop diabetes than people who don't drink at all.
To be clear, these results shouldn't be seen as license or encouragement to drink freely as a health-promoting exercise.
But they do provide further evidence that, for some reason, people who drink moderately are less likely to suffer from certain illnesses, including some cardiovascular diseases and type-2 diabetes.
Regular drinking and diabetes
For the new study, researchers wanted to see how much alcohol consumption was associated with the lowest diabetes risk, and determine whether the type of alcohol or the frequency that people drank mattered.
Using data from the Danish Health Examination Survey, they looked at the drinking habits of 28,704 men and 41,847 women, and tracked whether those people developed diabetes within approximately five years. The researchers excluded anyone who already had diabetes, was pregnant at the start of the study, and didn't provide information on their alcohol consumption.
The results showed that the study participants least likely to develop diabetes drank 3-4 days a week. For men, those who drank 14 drinks per week had the lowest risk, as the chart on the left shows below. For women, those who drank nine drinks per week had the lowest risk, as the right-hand chart shows.
Risk for diabetes in 28,704 men (a) and 41,847 women (b) from the general Danish pop Continue reading 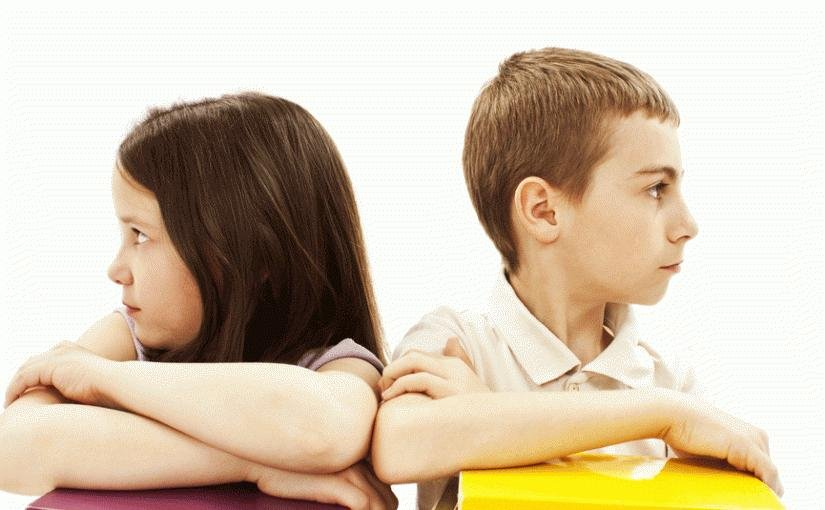 Diabetes activist Quinn Nystrom has written a memoir called If I Kiss You, Will I Get Diabetes? It unflinchingly chronicles her process to accepting her diagnosis at the age of 10. In this condensed excerpt from her memoir, she discusses how difficult it was to return back to school after her diagnosis, especially when confronted with diabetes ignorance.
Class had just started when my seatmate got up to talk to our teacher, Mr. Johnson. Instead of the usual single chair/desk combo, our history room had small tables with two chairs. We had been in these seats for three months, and Jacob was okay. He wasn’t nice, but he wasn’t mean, either.
Jacob walked back to our desk and sat down without looking at me. After class, Mr. Johnson asked if he could see me. I went up to his desk, wondering if I had bombed last week’s test. Mr Johnson glanced at me, and then cleared his throat.
“Jacob has asked to change seats,” he said, looking down at his hands. “He heard that you have diabetes and is concerned that it could be contagious.”
sponsor
Blood rushed to my head. I looked at Mr. Johnson stone-faced, but my mind was roaring. How did Jacob find out? He didn’t even know my last name. Only a handful of my closest friends knew that I had been diagnosed. Now the whole school knew?
I wanted to die.
I can’t do this.
I won’t do this.
Jacob is an idiot. Even a fool knows diabetes isn’t contagious. Mr. Johnson should have sent Jacob to the principal’s office for a verbal beating. Last week I had friends and a life and a future.
When I was capable of speaking, I told Mr. Continue reading