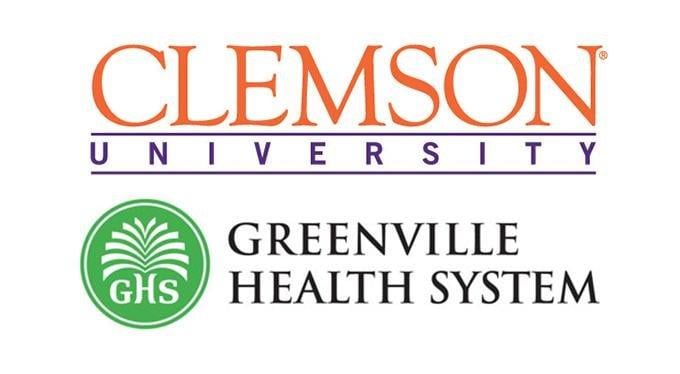 GREENVILLE — The Greenville Health Authority board (GHA) has awarded Clemson University a total of $2.66 million for diabetes prevention efforts and scholarships to increase diversity in the nurse practitioner workforce.
Clemson University’s public health sciences department and Clemson Cooperative Extension received a grant for $2.25 million to fund a diabetes prevention and management initiative, while Clemson’s School of Nursing received a grant for $410,000 to provide scholarships for nurse practitioner students.
The Greenville Health Authority board, previously known as the Greenville Health System (GHS) board of trustees, is providing the funding as part of a 20-year pledge to make Greenville County the healthiest in America by 2036. All grant recipients will be honored at a reception at 3 p.m. Thursday in the Greenville Memorial Hospital Community Room located at 701 Grove Road in Greenville.
Diabetes prevention and control
The Integrated Services for Diabetes Prevention and Management initiative is co-led by Clemson’s department of public health sciences, Clemson Cooperative Extension and GHS.
This five-year initiative connects Clemson with diabetes prevention and management efforts at Greenville Health System as well as initiatives of the South Carolina Department of Health and Environmental Control, the South Carolina Lieutenant Governor’s Office on Aging and the American Diabetes Association.
A key component of the initiative is research collaboration between Clemson public health sciences and Cooperative Extension. The program provides a unique opportu Continue reading 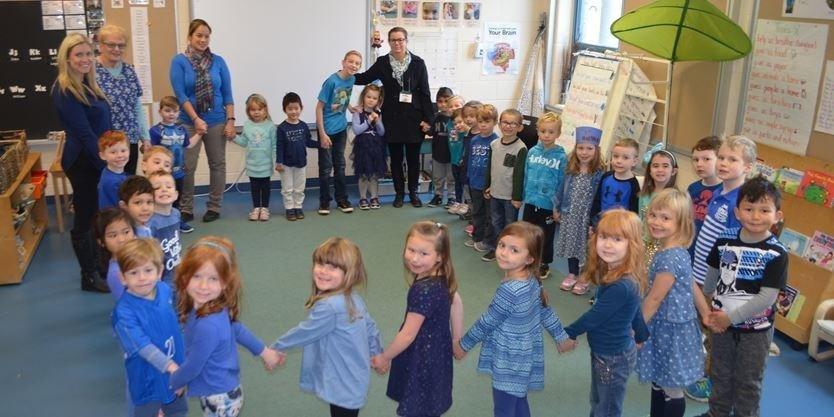 
Waterdown families shine a light on Type 1 diabetes
Several Waterdown families used the month of Novembers designation at World Diabetes Month to raise awareness about Type 1 diabetes and the demands it places on families who have been diagnosed with the disease.
At Guardian Angels Catholic Elementary School students wore blue Nov. 17 to mark World Diabetes Day, including eight-year-old Keely Milford, who lives with Type 1 diabetes.
It was really amazing for her to be able to have that opportunity to share and educate, said her mom Audrey.
For Karen Des Roches, whose four-year-old daughter Isobel was diagnosed two years ago, the month and World Diabetes Day on Nov. 14 offered an opportunity to shine a light on the disease.
Isobel, an Allan A. Greenleaf Elementary School junior kindergarten student, sent out invitations to her class to wear blue on the day and raise awareness about the disease.
According to JDRF formerly the Juvenile Diabetes Research Foundation Type 1 diabetes can strike adults or children at any age. The autoimmune disease causes a persons pancreas to stop producing insulin a hormone that allows people to get energy from food. The disease occurs when the bodys immune system attacks and destroys insulin-producing cells. Type 1 diabetes is unrelated to diet and lifestyle and causes a person to be dependent on pumped or injected insulin for the remainder of their life.
More than 300,000 Canadians live with the disease and JDRF said Type 1 diabetes may shorten a persons lifespan by as much as 15 years.
While insulin injections and infusions al Continue reading 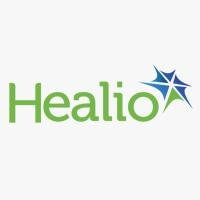 
Communication, careful planning ensure students with diabetes can succeed at school
Type 1 diabetes remains one of the most common chronic diseases of childhood. According to the ongoing SEARCH for Diabetes in Youth study, about 200,000 U.S. children and adolescents have type 1 diabetes. By 2050, that number is expected to rise to 600,000, according to JDRF.
The numbers mean more students with the disease will be attending more schools, where proper management is critical but confusion about the law and what children are entitled to has led to situations that sometimes result in discrimination or put children with diabetes at risk, experts told Endocrine Today. When a child and his or her family are coping with a new type 1 diagnosis, members of the care team ranging from pediatric endocrinologists to certified diabetes educators and primary care providers often find themselves preparing families for battles on several fronts.
In the school setting, to manage type 1 diabetes well and prevent acute and long-term complications, planning, training and ongoing communication are required, Anastasia Albanese- ONeill, PhD, ARNP, CDE, assistant clinical professor in the division of pediatric endocrinology at the University of Florida, told Endocrine Today. Youre monitoring glucose levels, taking insulin as prescribed, counting carbohydrates, learning to recognize low blood glucose. There are a lot of elements. The broader challenge is that, often if a kid is diagnosed in the middle of the school year, its an abrupt change in that childs life. They may be the only child in thei Continue reading

The interpretation and effect of a low-carbohydrate diet in the management of type 2 diabetes: a systematic review and meta-analysis of randomised controlled trials


Recently, the role of a low-carbohydrate diet in diabetes management has generated interest with claims being made regarding its superiority over the traditional high-carbohydrate, low-fat dietary approach. This systematic review and meta-analysis evaluated the interpretation and effect of a low-carbohydrate diet in the management of type 2 diabetes.
Randomised controlled trials were searched for which included adults with type 2 diabetes aged 18 years or more. The intervention was a low-carbohydrate diet as defined by the author compared to a control group of usual care. MEDLINE, EMBASE, CINAHL, Cochrane Central Register of Controlled Trials, ISRCTN, ProQuest and opengrey.eu were searched. Independent experts were contacted and reference lists of selected papers were checked. Results were analysed descriptively and meta-analyses were completed to include trials that presented data at 1 year.
Eighteen studies (n = 2204) were eligible for inclusion within the systematic review. The definition of a low-carbohydrate diet varied. At trial end, the descriptive analysis suggested that the low-carbohydrate intervention arm (LCIA) may promote favourable outcomes in terms of HbA1c, triglycerides and HDL cholesterol. The LCIA demonstrated reduced requirements for diabetes medication, which may have reduced the observed benefit of dietary carbohydrate restriction on HbA1c. Seven studies provided data to be included in the meta-analyses at 1 year. The meta-analyses showed statistical significance in favour of the LCIA for HbA1c (estimated effect = 0.28%, 95% CI 0.53 to 0.02, p = 0. Continue reading


Predicting severe liver disease: Obesity, insulin, diabetes, cholesterol, alcohol
ILC 2017: Type 2 diabetes is the main predictor of severe liver disease among alcohol risk drinkers
European Association for the Study of the Liver
April 22, 2017, Amsterdam, The Netherlands: A study conducted in Finland, presented today, demonstrates that in the general population, central obesity, insulin resistance, diabetes, lipid abnormalities and high alcohol consumption were the strongest predictors of severe liver disease. The study, presented at The International Liver Congress 2017 in Amsterdam, The Netherlands, also found that the only significant predictor of severe liver disease among individuals who consume high amounts of alcohol (more than 210 g/week in men, and more than 140 g/week in women), is diabetes.
Using metabolic and alcohol consumption data from the Finnish Health 2000 Study, a nationally representative cohort, the researchers investigated which metabolic factors best predicted severe liver complications and classified the results by the amount of alcohol consumed. For those with no or mild alcohol use, age, total cholesterol, HOMA-index (a measure of resistance to insulin and how well the cells that secrete insulin are functioning) and waist circumference predicted the development of liver disease.
According to the World Health Organization, Europe is the heaviest drinking region in the world in terms of prevalence of alcohol consumption; therefore alcoholic liver disease (ALD) is an important issue for Europe to address.1 Whilst many people who consume more t Continue reading