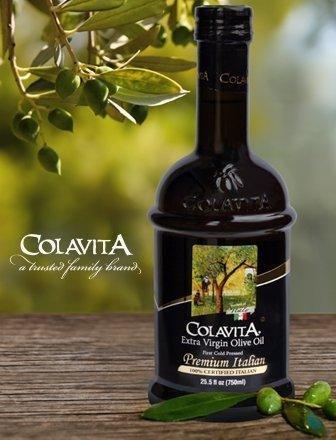 Worldwide, type 2 diabetes is at epidemic proportions, with over 300 million already having the condition with an estimated rise to 600 million diagnosed cases by the year 2030.
Information regarding reduced risk of type 2 diabetes is fairly common. However, finding information regarding treatment and management for an individual who already has type 2 diabetes can be somewhat more difficult.
Therefore, this article is designed as a mini literature review of sorts, pointing to some of the recent research around olive oil and its potential benefits for use as a dietary intervention in type 2 diabetes treatment.
Endoplasmic reticulum stress (ER) is a central mediator for pancreatic beta-cell dysfunction in type 2 diabetes. An in vitro study published in Biochemical and Biophysical Research Communications, 2016, investigated if tyrosol, an antioxidant polyphenolic compound found in olive oil, could protect against beta-cell dysfunction. Researchers found that tyrosol did in fact protect against beta-cell ER stress-induced cell death, suggesting that it should be explored as a therapeutic agent for improving insulin resistance and diabetes.
Insulin resistance (IR) is one of the major contributors to difficulties in maintaining blood glucose control. A study published in Diabetologia, 2015, randomized 642 patients to either an olive oil enriched Mediterranean diet (MedDiet) (35 percent fat; 22 percent from monounsaturated fat) or a low-fat diet (less than 28 percent fat) to determine whether dietary intervention effects tissue-specific IR and beta-cell function. The study found Continue reading 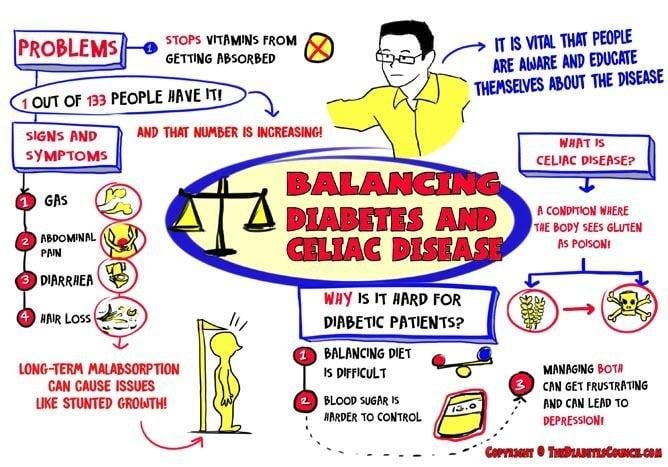 Have you ever stood in the middle of a see-saw, right over the center with one foot on each side? Trying hard not to put more weight on one side to keep it stable? Unless you are incredibly focused, it can be very difficult to keep a proper balance without one side touching the ground.
The struggle is similar when trying to balance two medical conditions, such as diabetes and celiac disease. While each one has specific needs, they both need to stay balanced which can be hard to achieve.
This article explains celiac disease and its relationship with diabetes.
What is celiac disease?
It’s a condition where the body recognizes gluten, a protein found in some foods, as a poison. The body tries to attack it to prevent it from being digested and entering into the bloodstream. When someone with celiac eats gluten (which is found in foods that are made with rye, wheat, or barley), the small intestines react by changing the lining. Normally, there are long, fingerlike structures that line our intestines that absorb the nutrients in the food that we eat. With celiac disease, those finger-like structures become flat to protect the body from absorbing the gluten. Additionally, the gut stops making digestive enzymes, to also prevent from any absorption. The image below gives a good illustration of what happens in the small intestines when gluten is eaten.
The problem with this is that over time, it permanently damages the small intestines and prevents nutrients and vitamins from being absorbed. Long-term malabsorption can cause issues such as:
Osteoporosis
Anemia
Infertility
Organ dis Continue reading 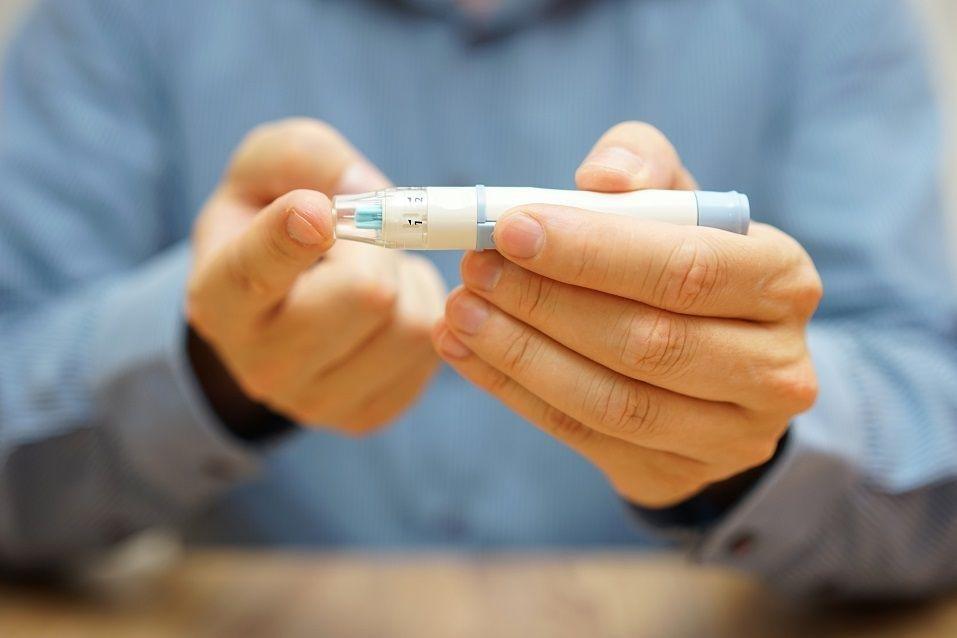 Making This 1 Change Can Get Rid of Diabetes for Good

Once you have a chronic disease, your chances of getting rid of it are slim. Type 2 diabetes might be the exception. Its symptoms may be devastating, and its side effects life-altering (and sometimes life-threatening). However, for some people, losing weight means taking fewer medications — or going off them entirely. Being able to control your blood sugar as a diabetic can feel like a miracle — almost like you never had the condition at all.
Here’s how to regain control of your life for good — instead of letting your diabetes control you.
What causes Type 2 diabetes?
Normally when you eat, your body converts your food into glucose, which ends up in your bloodstream. (This is where the term “blood sugar” comes from). According to Mayo Clinic, your pancreas secretes a hormone called insulin, which transports that glucose (sugar) from your blood to your cells. When you eat too much food, excess amounts of sugar build up in your blood. Eventually, your pancreas just can’t produce enough insulin to compensate. Your blood sugar spikes regularly, which makes the problem worse.
If implemented early on, weight loss might be able to mostly resolve this problem.
Why weight loss matters
Losing weight can significantly improve your qualify of life while living with Type 2 diabetes, says Everyday Health. Dropping pounds makes it easier for your body to properly use the insulin it produces. Weight loss also reduces common diabetes complications like high blood pressure and elevated cholesterol levels. The more efficient your body becomes at keeping you healthy, the less you Continue reading 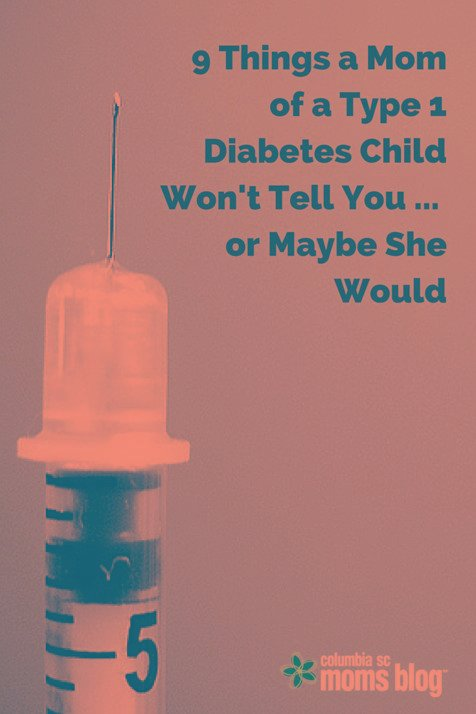 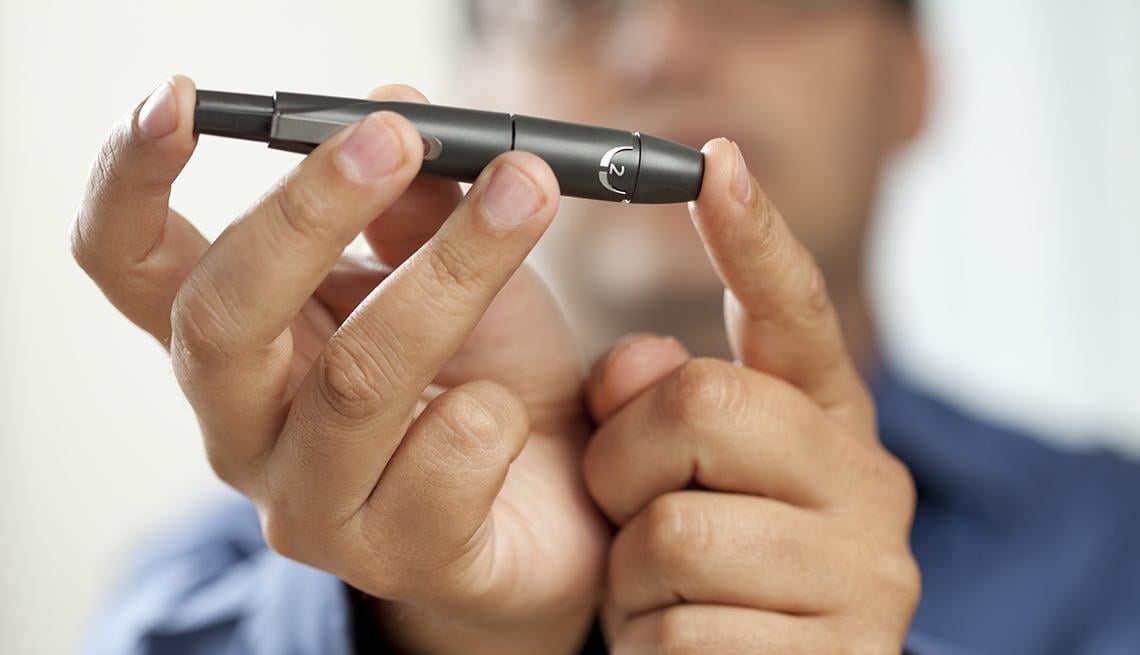