Are You ON The CGM Rollercoaster? Get OFF With These PRO Tips 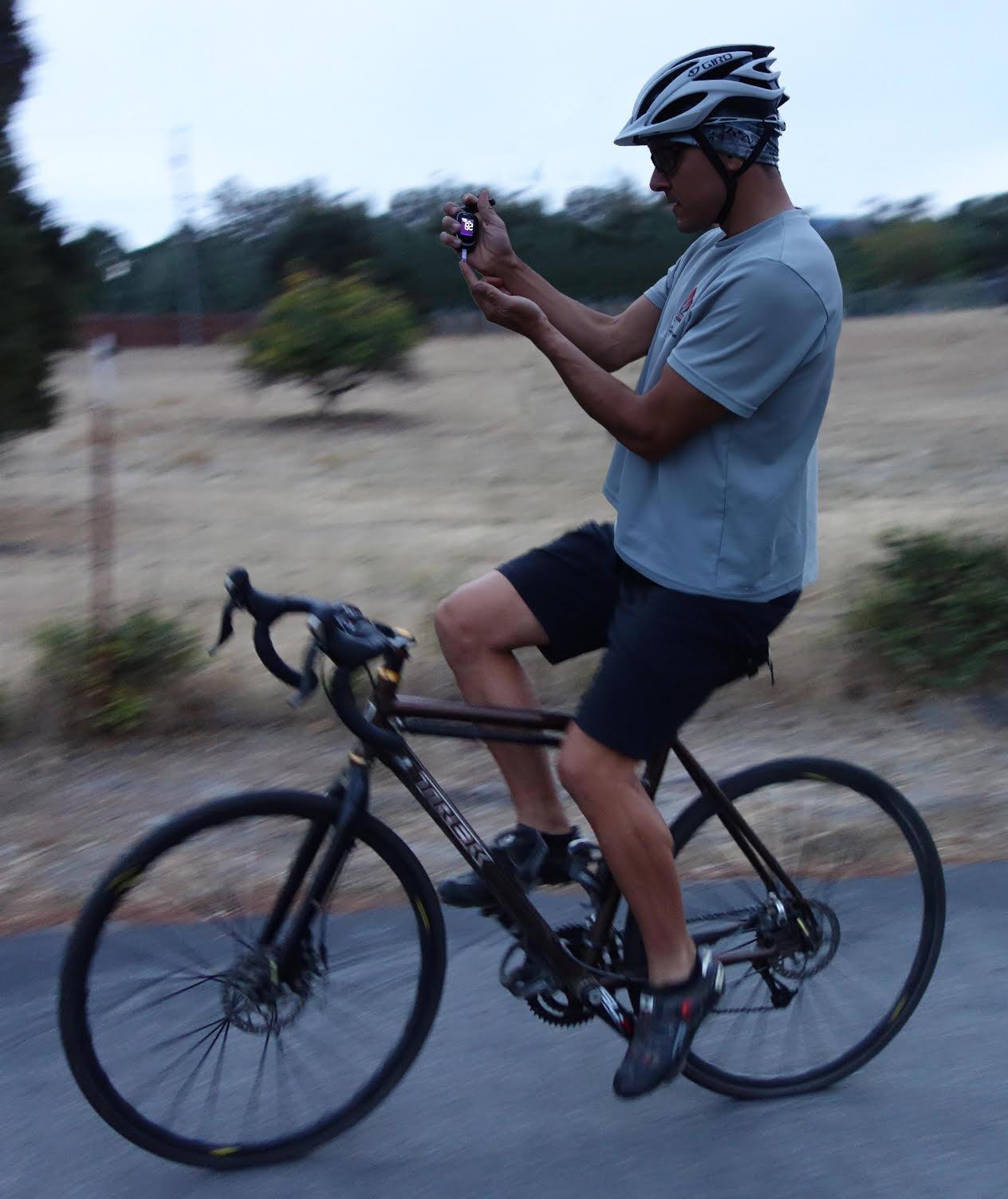 Are You ON The CGM Rollercoaster? Get OFF With These PRO Tips

byBrian Lucido; Editor Scott King
It is generally accepted that tight blood sugar control can reduce the risk of microvascular complications (kidney disease, nerve damage, and eye disease) in people with diabetes. Tight control can be dangerous if you dip too low without warning. CGMs (Continuous Glucose Monitors) make tight control more feasible by giving us a layer of safety with automatic warnings when blood sugar is too high or too low. The technology to achieve instantaneous readings with 100% accuracy hasn’t arrived yet, but it’s coming. The Dexcom G5 with a MARD (Mean Absolute Relative Difference between CGM and fingerstick) of 9%[1] is close. Lower is better, and when we reach 0% with instant results, we will have some fantastic tools in our hands. For comparison, the Medtronic Enlite has a MARD of 13.6%[2], and the Abbot Freestyle has a MARD of 11%[3].
In spite of these official MARD results, this technology varies in different hands and bodies. Here we present some strategies to get the best possible results with the Dexcom.
Roller Coaster Glucose Connection
First, we must discuss the limitations of modern CGM technology. Foremost, modern CGMs measure the glucose concentration of the interstitial fluid — NOT blood. This is very important to know because it means that your readings from the CGM are delayed by about 15-20 minutes from your actual blood glucose levels. (The lag time varies greatly depending on many things and whether glucose is going up or going down.)
To conceptualize this, imagine a roller coaster where the front car is your blood glucose (fi Continue reading 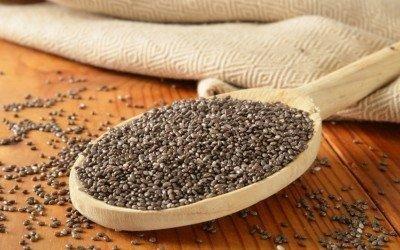 Health-food fans have been talking up chia seeds for years. Now some studies show benefit for these seeds in diabetes. Possibly, chia seeds could help you.
Chia is an herb in the Lamiaceae plant family, related to mint and sage. It grows in Mexico and Central America. It is the same plant that became a fad a few years ago as a “Chia Pet.” When you water a Chia Pet, it grows a “fur” and becomes kind of cute. But we’re talking here about eating the seeds and their health benefits. Why is chia getting so much media buzz now?
Writing on Diabetic Connect, Jewels Doskicz, RN, explained: “Chia seeds are a total protein” (which not many plants are). “They are high in fiber, rich in healthy omega-3s (actually higher than salmon), and are also high in calcium and antioxidants.”
A report in Harvard Health Blog highlights studies of animals in which a high-chia diet led to lower LDL, or “bad” cholesterol, and higher HDL, the good cholesterol. Eating a lot of chia also lowered triglycerides (blood fat levels). In a study of 20 humans with diabetes, one variety of seed called Salba helped participants control blood glucose, reduce blood pressure, and lower C-reactive protein, a major marker of heart disease risk. The study was published in the journal Diabetes Care.
The omega-3 oils and antioxidants in chia are healthy, but the fiber content may be a bigger benefit. Chia seeds seem to slow glucose passage into the blood. They fill you up and so reduce appetite. The oils are a good energy source — Aztecs used to carry bags of them to keep going on long walks at hig Continue reading 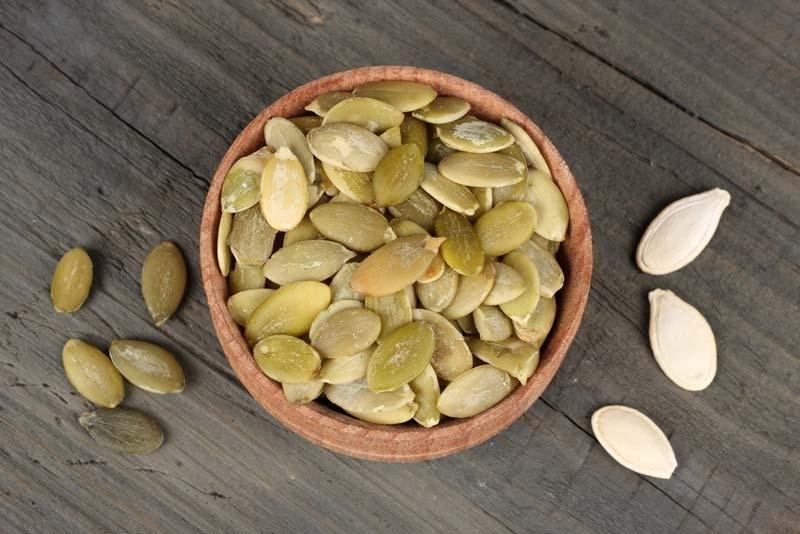 Pumpkin seeds, also known as pepitas, are a hallmark of trail mix and of many ‘healthy cereals.’ But a lot of people don’t know just how tasty they can be on their own.
These charming, flat little seeds are native to the Americas. They were a very important food to many Native American tribes – and for so many good reasons!
With a satisfying crunch and a whole lot of healthy fats and protein to keep you full, they’re a fantastic addition to any diabetic diet and can actually be an integral part of a clean eating plan to help with weight loss.
The list of pumpkin seeds’ mind-blowing benefits is long, but we’ll touch on the major benefits of pumpkin seeds for diabetes below.
What are Pumpkin Seeds?
As their name suggests, pumpkin seeds are scooped out from the insides of pumpkins.
You can do this on your own at home by simply scooping out the seeds, washing them thoroughly, then drying them on some paper towel. It’s a rather time-consuming process, but the delicious outcome is totally worth it.
Or of course, you can buy the pumpkin seeds at the store, either flavored or unflavored (recommended).
And for a small seed, they certainly pack a punch of benefits…
Pumpkin Seeds Nutrition Facts
Pumpkin seeds are moderate in calories – one quarter of a cup contains 160 calories. But they’re very nutrient-dense, meaning that you don’t have to eat much to get a ton of benefits and stay satiated (full and satisfied) for hours.
That same quarter cup also contains 9 grams of protein, 14 grams of healthy fat, and 3 grams of fiber. Best of all, they are a low carb foo Continue reading 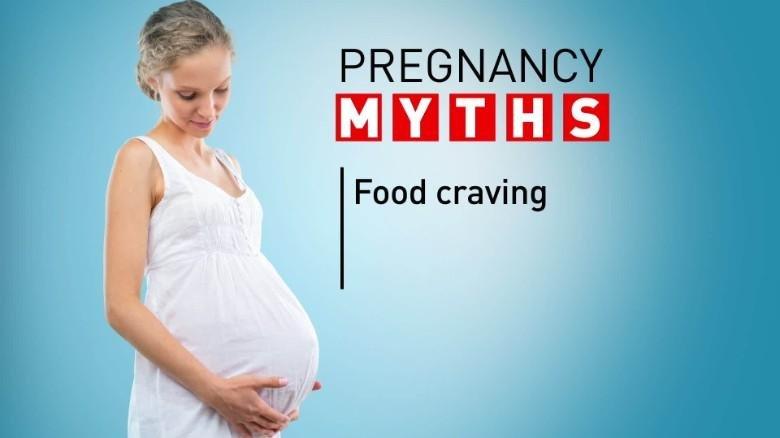 Researchers have identified a new possible risk factor for gestational diabetes: Being exposed to hot outdoor temperatures in the month before giving birth.
According to a new study published in the Canadian Medical Association Journal (CMAJ), in one geographic region in Canada, the rate of gestational diabetes varied more than 3 percentage points between the coldest times of year and the hottest.
Gestational diabetes, a condition that develops during pregnancy, is usually a temporary condition. But women who develop it are at higher risk for type 2 diabetes and other health conditions later on. (One recent study linked gestational diabetes to postpartum depression, for example.)
Gestational diabetes can also raise babies' risks of excessive birth weight, preterm birth, and type 2 diabetes later in life.
Previous studies have suggested that exposure to cold temperatures can improve insulin sensitivity and activate the body's brown fat tissue, which -- unlike other types of fat -- burns calories and seem to protect against metabolic conditions like obesity and diabetes.
For this reason, it's been suggested that cold temperatures might protect against these conditions.
To study this potential connection in pregnant women, researchers looked at medical records of nearly 400,000 women living in the same urban area in Canada, in a region with wide temperature fluctuations throughout the year. Over a 12-year period, those women gave birth to more than 555,000 children.
When the researchers looked at average temperatures in the 30 days before these women gave birth, they found tha Continue reading 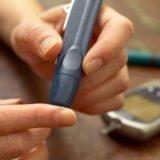 CBT may help reduce anxiety and depression in people with diabetes, but standardised approach needed

Cognitive Behavioural Therapy (CBT) is a widely-recognised tool in the arsenal of psychiatrists and psychologists, and appears centre-stage as a treatment option for many mental disorders including depression, anxiety, post-traumatic stress disorder, obsessive compulsive disorder, eating disorders, and schizophrenia (Butler, Chapman et al. 2006).
CBT prioritises personal coping strategies for life difficulties and aims to change unhelpful patterns of cognition (thoughts, beliefs and attitudes), the behaviours associated with them, and can help strengthen emotional regulation (Beck 2016).
Whilst its utility in mental disorders has been repeatedly demonstrated, there is a growing field of research examining its ability to help manage chronic physical illnesses such as diabetes mellitus, Crohn’s disease, cancer, and rheumatoid arthritis (White 2001, Taylor 2006, Halford 2009).
The use of CBT, a strictly psychological technique and involving no pill-popping, for a chronic physical illness may not at first seem intuitive. However, diabetes doubles the odds of comorbid depression and 12-27% of people with diabetes experience depression at a rate two to three times that of the general population (Anderson, Freedland et al. 2001). Anxiety also occurs in around 14% of people with diabetes, and 40% show elevated levels of sub-syndromal anxiety (Smith, Beland et al. 2013).
One might suggest that a major factor linking all mental disorders is mental distress, which can similarly significantly impair those suffering chronic physical illnesses. Ameliorating mental distress may well be Continue reading