Are Microbiome Changes A Cause Or Symptom Of Type 1 Diabetes? 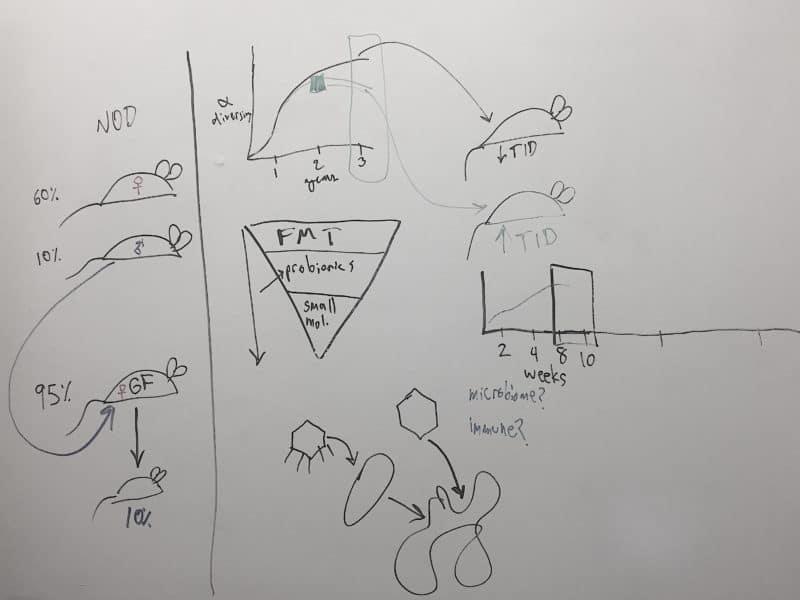 Are Microbiome Changes a Cause or Symptom of Type 1 Diabetes?

Two years ago, I interviewed Alex Kostic, who was then a postdoctoral fellow at the Broad Institute of MIT and Harvard exploring the microbiome’s connection to type 1 diabetes. His work studying children in Finland and parts of neighboring Russia showed that the microbiomes of children with type 1 diabetes were drastically different from the microbiomes of those without the disease. Now Kostic is running his own lab at the Joslin Diabetes Center in Boston, and investigating questions such as whether or not the changes in the microbiome are causing disease or are merely a symptom of it. He is also looking at the microbiota of the Joslin medalists—those who have lived with type 1 diabetes for more than fifty years. About 20-30 percent of those medalists still produce a trace amount of insulin, and Kostic is trying to understand whether that insulin production can be explained by differences in those medalists’ microbiomes.
Jessica Dunne, director of discovery research at JDRF, which is funding Kostic’s study of the medalists commented on the new lens that Kostic is bringing to the study of T1D. “We’re often thinking about how the microbiome is affecting the immune system. He took a different tack that we haven’t seen anyone take: what’s the role of the microbiome on beta cells? To me, it’s a completely novel approach; it’s very out of the box thinking in terms of how the microbiome can affect residual insulin production in type 1.” The question is, she continued, “can we reawaken those sleeping beta cells by modifying the microbiome?” Dr. George King Continue reading 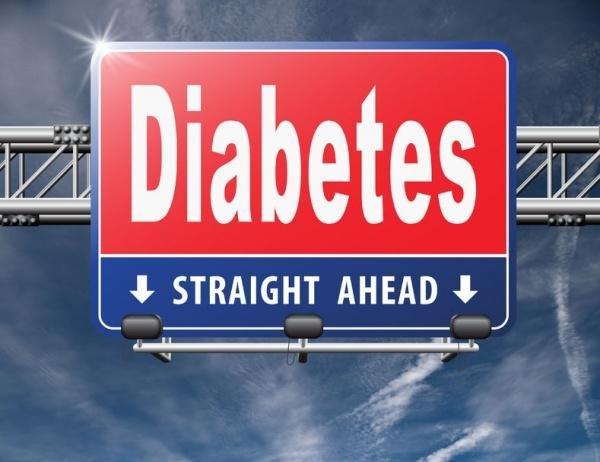 People with prediabetes and low thyroid function were more than twice as likely to progress to full-blown type 2 diabetes compared to those with normal thyroid-hormone levels in a new study1 published September 30 in the journal BMC Medicine.
For the study, researchers from the Erasmus Medical Center in the Netherlands followed 8,492 adults, ages 54 to 74, for nearly eight years. At the start, 1,338 had prediabetes and 7,114 had normal blood sugar levels. After 7.9 years, 798 had developed type 2 diabetes. Overall, low thyroid function—even in the low-normal range—increased risk for diabetes by 13%. But among those with prediabetes, the risk for progressing to type 2 diabetes ranged from 15% for those with normal thyroid function to 35% for those with signs of low function. Even “low normal” thyroid functioning increased risk.
It’s the first large study to track low and low-normal thyroid function and diabetes risk. “There are no other studies addressing the relation between diabetes and thyroid function in the euthyroid range or in individuals with prediabetes,” the researchers note. Lead study author Layal Chaker, MD2 a Research and Curriculum Fellow at the Harvard T.H. Chan School of Public Health and a research fellow in the Department of Endocrinology and Epidemiology at the Erasmus Medical Center told EndocrineWeb that its too soon to recommend thyroid screening tests for people with prediabetes. And while treating low thyroid can help people with type 2 control their blood sugar, it’s not known whether treatment could prevent or delay it. “Our findi Continue reading

My Insulin Pump is How Old?

Wait, my insulin pump is how old? Has it been five years already? I thought I had another year before it was time to obtain a new pump. I was wrong. In January I made an inquiry to Medtronic about my warranty and sure enough my warranty was due to expire on January 23, 2017. Wow five years went by fast.
It is a big deal to change insulin pumps and this time I intended to change brands so it was important to get moving. Last year following the Medtronic / United Health Care agreement; I intended to use the Accu-Chek pump provided when I made the change as it included a built in Dexcom feature. I thought I had a year before that needed to happen. I went to the Accu-Chek website and I discovered that effective January 1, 2017. According to Diabetes Mine, Roche was not taking new orders for insulin pumps and it was their intent to exit the business as the warranties for their products expired. Gulp!
I realized when I made my intention known last year that Accu-Chek was the weak sister in the insulin pump business but I also knew that they were a strong company, I liked the Accu-Chek meter and everyone I talked to liked their pump. Also, I like that Roche is a local employer in Indianapolis and I know and like people who work at there so that was a double bonus. For me, the local employer is a big deal and with the other things I thought well if they can integrate the Dexcom (most pump manufacturers seem to be doing that) then this looks like a winning combination. Alas it was not to be.
So my next check in was with Animas who does have Dexcom integration in their pumps, they ar Continue reading

The diabetes community has been set ablaze after UnitedHealthcare announced an agreement for Medtronic devices to be the “preferred” in-network, durable medical equipment (DME) provider of insulin pumps. Starting July 1, 2016, UnitedHealthcare patients will be funneled toward using a Medtronic insulin pump instead of offerings from manufacturers like Tandem and Animas.
Many diabetes advocates have eloquently voiced their outrage and have been rallying under the hashtags #MyPumpMyChoice and #AccessMatters, and I strongly echo their sentiment that this policy puts “profits before patients”. It’s unacceptable, and both UnitedHealthcare and Medtronic deserve any negative publicity that results from such a short-sighted decision.
To add another layer to the discussion, though, what I find particularly insightful about the controversy is that it highlights the distinction between medication and medical technology. I rarely blink an eye when my patient has to switch brands of insulin, so why is it such a big deal when they have to switch brands of insulin pumps?
Technology is Intensely Personal
Whether it’s Apple vs Samsung, Xbox vs Playstation, Nikon vs Canon, or BMW vs Mercedes, fierce loyalties are found among their users. Beautiful photos of phones and smartwatches adorn billboards across the city, evoking emotions such as envy and desire in a way that no medication can.
When buying a new device, there’s a curious sense of satisfaction when finally choosing a model after poring over reviews and comparing individual specifications. Making that choice creates a per Continue reading 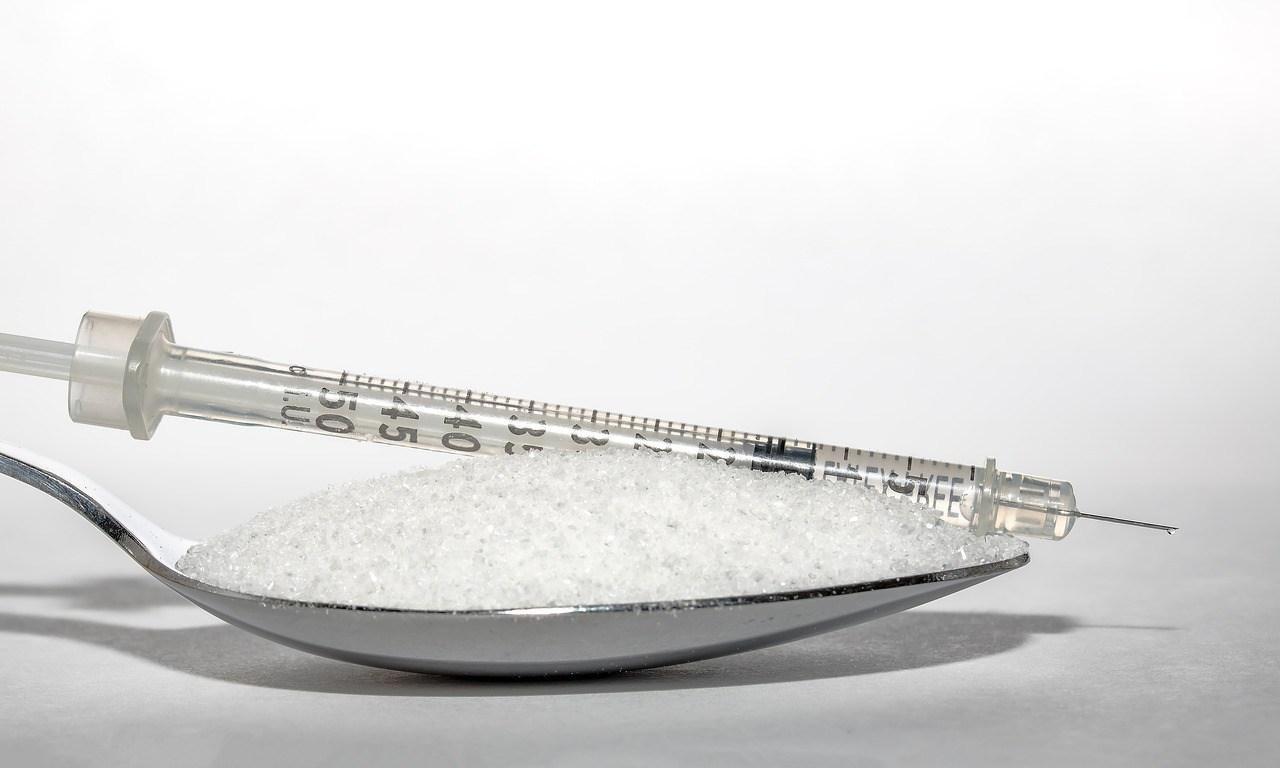 Who gets type 2 diabetes? Addicts and athletes!

Here’s an intriguing new take on type 2 diabetes. A US bariatric surgeon says that only two groups of people develop it. They are drug addicts and performance athletes.
That’s fighting talk about a life-threatening, lifestyle disease that is sweeping the planet. After all, many type 2 diabetics don’t look like your average junkie or performance athlete.
Dr Robert Cywes is up for the avalanche of criticism that will surely descend on him. Still, his theory makes sense once you know what drug he means. It’s the drug of choice for both addicts and athletes. It is sugar and other carbohydrate foods.
Cywes is an author of Diabetes Unpacked. It’s another gem from Columbus Publishing and the Noakes Foundation. It is a compelling collection of writings by some of the world’s finest minds in diabetes and diet research. The subtitle says it all: Just Science and Sense, No Sugar Coating.Therein lies the book’s strength and Cywes’s radical view of best treatment for type 2 diabetes.
Cywes is a general surgeon and a specialist in paediatric and adult bariatric surgery. Doctors often refer to bariatric surgery as weight loss or metabolic surgery. It’s the medical term for four surgical procedures to help morbidly obese patients lose weight.
These procedures can shrink the stomach so that the patient can only eat small amounts of food at a time. The surgery can also alter the way that the digestive system absorbs food.
In a consensus statement last year, diabetes specialists and organisations called for radical change in treatment. They called for bariatric surgery as fi Continue reading