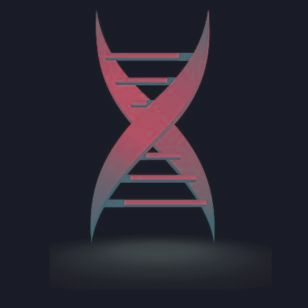 
Abbott wins FDA approval for diabetes device that doesn't require routine finger pricks
October 4, 2017 by Lisa Schencker, Chicago Tribune
Abbott Laboratories has gained clearance to start selling in the U.S. the first continuous glucose monitor that does not require people with diabetes to routinely prick their fingers.
The U.S. Food and Drug Administration recently approved Abbott's FreeStyle Libre Flash Glucose Monitoring System for adults, which already is sold in 41 other countries.
The device consists of a small sensor, about the size of a quarter, that's worn on the back of the upper arm to continuously track glucose levels. The sensor, unlike other wearable sensors, does not require patients to prick their fingers for calibration. Patients can place a hand-held reader near the device to see their current glucose levels, trends, patterns and where those levels might be headed. They can then use those readings to figure out how much insulin to take to manage their diabetes.
The device has not yet been approved for use by children in the U.S. but Abbott hopes to gain approval from the FDA.
The company is not disclosing pricing information until it gets closer to launching the product in the U.S., which will likely be before the end of the year, said Abbott spokeswoman Vicky Assardo. But she said in an email the price will be "very similar" to the price in Europe, where the reader costs about $69, and each sensor, which lasts about 14 days, also costs about $69, before insurance. In the U.S., the sensor will last about 10 days.
"We intentionally designed the pr Continue reading 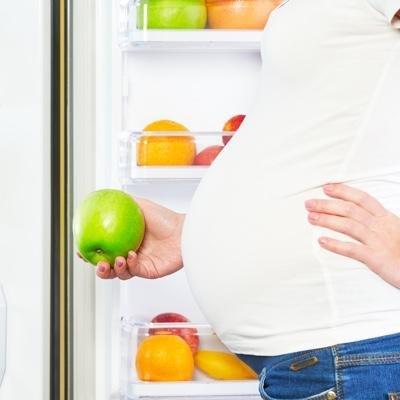 
Preventing & Healing Gestational Diabetes
Hearing the word diabetes is frightening today, especially if linked with pregnancy. We know the dangers and concerns related to this disorder. Understanding the cause of this disorder will give you the confidence that you can reverse it while keeping mom and baby healthy in the process.
Health issues that seem to pop up during pregnancy are a result of a weakness already present in the mother, and pregnancy merely exposes it. This applies to pre-eclampsia (high blood pressure), cholestasis (liver problems) and gestational diabetes (blood sugar, insulin, and pancreas weakness). This is an excellent opportunity to heal your body and bring forth a healthier child. Choosing the medical drug therapy route does not deal with the underlying health issue or weakness which continues to get worse, on top of the dangerous side effects that come with all man-made chemical drugs. We are thankful to God that He would create our bodies in such a way that shows us imbalances in need of correction. Understanding this concept, and wisely choosing appropriate nutrition, supplement and lifestyle choices, can be the difference between becoming healthy, or deepening the health problem.
In general, diabetes is not a blood sugar problem. It is an insulin problem. In other words, taking Metformin and insulin shots that make your blood sugar numbers look normal will never get you healthy. In fact, it makes you sicker. What we need to understand is how to heal the pancreas and how to lessen the load or need of insulin to be produced in the body to maint Continue reading 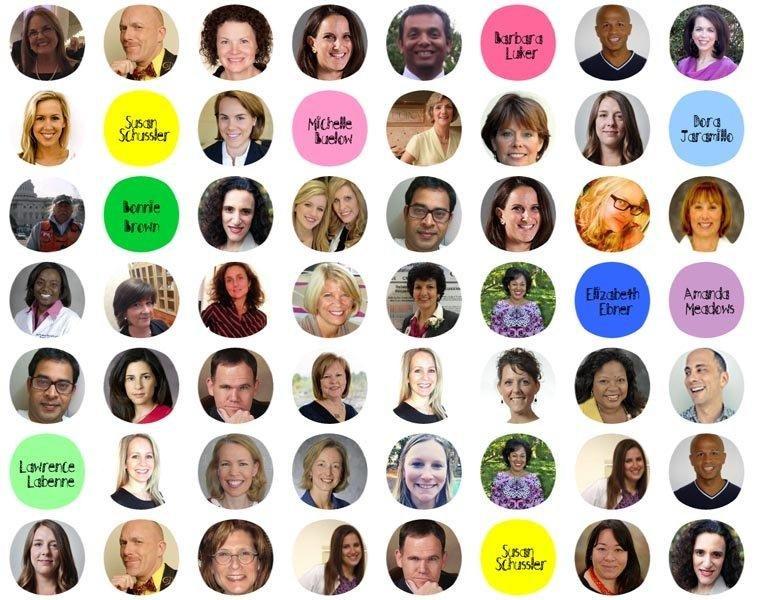 
A3: People who are newly diagnosed with type 2 diabetes have the preconceived notion that they cannot get off their medication. With type 2 diabetes, it is possible to get off medication if there is weight loss, consumption of healthy foods that are nutrient dense and high in fiber; daily activity; weight loss; social support and a positive attitude. These factors contribute to controlled blood sugars without medication. However this conversation needs to occur between the patient and their doctor.
Getting into the habit of only checking blood sugars once or twice per week is an error. If one is not on a sensor then checking blood sugars is key to good blood sugar control and to understand why blood sugars either elevate or drop.
A1: According to the CDC website reported for 2016, the rate of newly diagnosed Diabetes in the United States has begun to fall but the numbers are still high with 29 million Americans living with diabetes and 86 million living with prediabetes. There are many undiagnosed as well as many who dont access medical care on a regular basis for a many number of reasons including but not limited to: cost (uninsured and underinsured) , some are scared to know if they have Diabetes (its easier to ignore it), and many live in rural areas or inner cities where access to healthcare is difficult in a number of ways.
A2: Diet, compliance to medications as well as patients being on optimal therapies and physical activity are all key to managing Diabetes. Maintaining the proper diet seems to be one of the hardest things to do as there are so many implications Continue reading 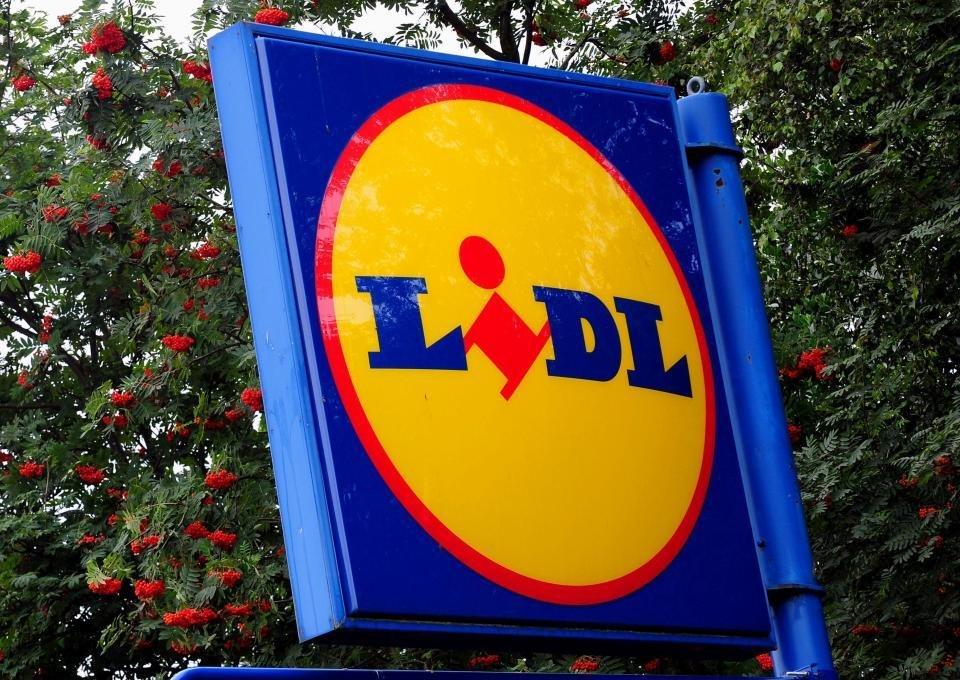 LIDL Ireland will offer free diabetes screening for staff and customers at several of their shops across the country over the next three months.
The supermarket has teamed up with Diabetes Ireland for an intensive community screening programme aimed at raising awareness of the growing numbers being diagnosed with Prediabetes and Type 2 diabetes.
4
The screening service kicked off on Monday – and will be available at ten Irish locations for customers in the coming weeks.
And staff can avail of it at 92 stores, warehouses and offices across the country.
The number of people living with diabetes here is estimated to be 225,840 according to research from Diabetes Ireland.
As well as screenings being offered to the public, 5,000 Lidl staff who are part of their Health & Wellness programme will also be tested on the purpose built Lidl double decker bus travelling around Ireland.
Lidl employees can book their appointments online, and will involve a personal and family history questionnaire.
It will also involve a finger prick test, BMI measurements and waist circumference measurements with the analysis of the medical data provided immediately and confidentially to the employee.
Alamy 4
Meanwhile customer screenings are located in an adjacent area and will involve a diabetes risk assessment and screening.
No appointment is necessary and specialist Diabetes Ireland personnel will be on hand to offer advice and guidance on the condition.
Locations across all four provinces will be visited before the programme wraps up in September.
CHECK YOUR OLD STERLING
Rarest and most valuable ' Continue reading


The Unicorn Frappuccino Diabetes Meme: An Appraisal
The best way to strengthen a meme is to wag your finger at it. Internet jokes metastasize when given attention, and it does not matter whether the attention is positive or negative, whether the voice is chuckling or chastising. Like a grease fire, the more one tries to douse a meme with splashes of disapproval, the hotter and faster it will burn. To indulge in another metaphor, any hint of admonishment becomes a drop of blood in the web-water, which attracts frenzied schools of troll-sharks. Anyone who has grown up with the Internet understands this on an intuitive level.
Having established the fact that you should never talk about a meme if you want it to go away, lets talk about a meme. You may have seen the meme in question: the Unicorn Frappucino Diabetes meme. Yes? No? You may also ask, quite fairly: why am I here, willingly bleeding into troll-infested waters?
A quick aside for those of you who dont know what Im talking about: An article or two recently called out Starbuckss Unicorn Frappuccino (new! limited time only!) for containing more than twice the acceptable amount of daily sugar intake [sic]. The import of this accusation is a little unclear, but google the Unicorn Frappuccino, and boy-howdy, things will begin to crystallize. 76 grams of sugar. 80 total carbs. Yikes.
Memesters quickly took this data and used it to fashion diabetes jokes, which were built on the premise that consuming lots of sugar causes diabetes (a specious and unscientific premise; well examine it in a moment).
Even some websites got Continue reading